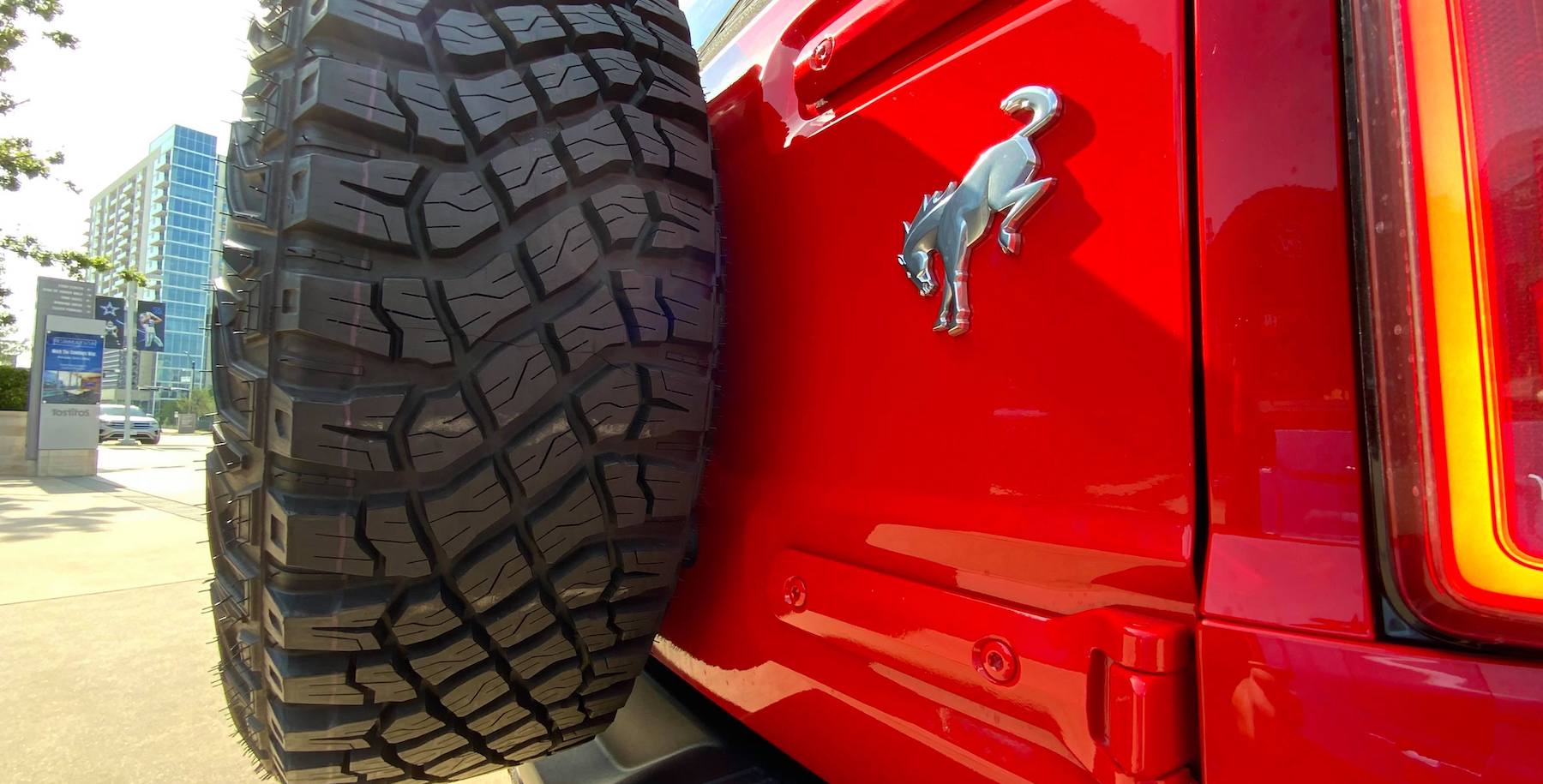 “You drove two days and over 800 miles for this?” someone asked me when I told them I was from Laredo. It was nine in the morning when I arrived at The Star in Frisco, TX, near Dallas. The Star is located within the Ford Center, which is also the headquarters and training facility for the Dallas Cowboys. The last time I was here it was to witness the introduction of the 4th-gen Ford Expedition in 2018. Back then, the area was surrounded by construction zones. Now, it’s an upscale neighborhood for supercar meets and overpriced protein shakes. Nevertheless, I had traveled a long way and wore a tie to be here. Why? To witness a moment in automotive history.

DRESSED FOR THE OCCASION. One often sees old press photos of our favorite cars and fantasizes about being there to witness that moment. In my still-young career as an automotive journalist, I’ve had the opportunity to witness some of these moments. More importantly, I’ve taken photos of myself next to these vehicles. However, this event was a little different. It was not a media event; it was, instead, a marketing event to show off the new 2021 Ford Bronco 4-door to the great state of Texas. It seemed appropriate to dress up for the occasion.

BRONCO CAR MEET. Before the actual event, I arrived early to see the gathering of vintage Ford Broncos. At the start the herd of Broncos would parade and park in a horseshoe formation behind its newest sibling. Who doesn’t love an old Ford Bronco?

Working as a member of the media often means getting funny looks. All people see is a darkly dressed cowboy – hiding behind a mask and dark sunglasses – taking photos. I know I should be neighborly and explain what I am doing, but I don’t have time for that. This was a parking lot of over 20 Broncos, which meant talking to 20 different owners. There is only so much human interaction my introverted self can tolerate. Plus, this is a gathering of desirable vehicles, the wrong environment to be in if you don’t want people snapping photos of it. Just smile and nod.

The classic Broncos created a full spectrum of its timeline, from the original 1st-generation Ford Bronco to the truck-framed Broncos of the 1970s and ’80s, and ending with the “OJ Broncos” of the 1990s. Many of the Broncos were show quality, others had battle scars, and a couple wore daily-driver patina.

My ears were open as I walked amongst the crowd of Ford Bronco fans, listening to them compliment each other’s trucks. They spoke only in engine displacement numbers, model year, and trim specs. Some owners swapped off-road stories in the typical fashion of trying to one-up each other.

THE TEXAS DEBUT OF THE 2021 FORD BRONCO. Several 2021 Ford Bronco Sport SUVs have already been spotted cruising around my town, but I had yet to see the full-size Bronco in person. Photos make the vehicle seem more compact. In reality, the 4-door Bronco is the size of most full-size crossover SUVs, with way more attitude in terms of styling. It’s hard to miss its puppy-dog headlamps staring back at you, while its boxy exterior stays true to its origins.

This event allowed Texans to get up and personal with the 2021 Ford Bronco. We were allowed to get inside, open the hood and touch all the buttons. As a result, the media members had a rare opportunity to see a brand new vehicle interior with real-world use. After dozens of people climbed inside and out of the Bronco’s interior, we saw a foreshadowing of how it would age and how the floormats look with multiple shoe prints. The infotainment screen covered in fingerprint grease, and with dust particles carried by the day’s gusting winds resting on the dashboard and gear lever. Humans can leave a trail similar to snails when it comes to car interiors, so I kept my mask on.

The atmosphere was friendly. It was a sunny day, but a steady wind kept the sweat at bay. The sound of rushing wind would occasionally be drowned out by the herd of exotic cars arriving to attend a car meet on the top floor of a parking garage across the street. Supercar drivers were relishing that people had gathered, but disappointed when they realized we were not here for them. We were more interested in the new Bronco rather than a 3-year old Lamborghini Aventador.

PEOPLE’S REACTION TO THE ALL-NEW BRONCO. All walks of life seemed to be singing the praises of the 2021 Ford Bronco. Athletic people still carrying gym bags admired the 35-inch off-road wheels. Moms climbed into the back seat to test for comfort. Dad bods, ranging in size from spare tire to beer keg, sat in the driver seat with hands at ten and two, imagining wide-open spaces with scenic mountain ranges.

One Boomer caught my attention. He was carrying a tape measure. I watched as he measured the front bumper to see if his winch would fit. He then got on his knees and crawled underneath the Ford Bronco. This man was the best tire kicker I had ever seen. He kept making calculations on his phone. The older man inspected the 2021 Ford Bronco with the enthusiasm and focus of a customs agent searching a car at a border crossing.

Other people were trying to find all the Easter eggs hidden throughout the vehicle, like the shape of the ignition button being the same shape as the front headlamp. The words “LIFT ME BABY” stamped under the fender wall, or a tiny Bronco emblem inside the headlamps. It’s these small details that make the vehicle more special for fans of the model.

Ford product experts walked us through a demonstration of removing the doors from the Bronco. The truck comes with a Bronco-branded tool kit, and all four doors can be stored in the back. Unique jacket sleeves are included for each truck door to prevent paint damage. The process was straightforward—the sort of thing you’d master after the second door.

If you enjoy tinkering with trucks, then opening the engine bay on the 2021 Ford Bronco may bring disappointment. As with most modern vehicles, the engine lives under a maze of sensor connectors and electronics. One turbo is adjacent to the engine block, while the second turbo lurks under the manifold. My heart goes out to future technicians, mechanics, and driveway knuckle-busters.

I NEED TO DRIVE IT. There is no doubt that people like the 2021 Ford Bronco. I know several who opted to reserve their own and anxiously waiting for it to arrive. It is smaller than the last Ford Bronco, more powerful, decades smarter, and offers more doors. But what do I think about it? That will have to wait until I get a chance to test one.  Get behind the wheel and kick up dirt on the back roads near my ranch. We know it can climb rocks, but can it handle a fast dirt road? Can you have old-school fun with modern tech? Living up to its legacy is only half the battle. I want to determine if a vehicle marketed as a vessel to all-terrain freedom actually lets you run free. If you’re reading this, Ford Motor Company, please let me review one soon.