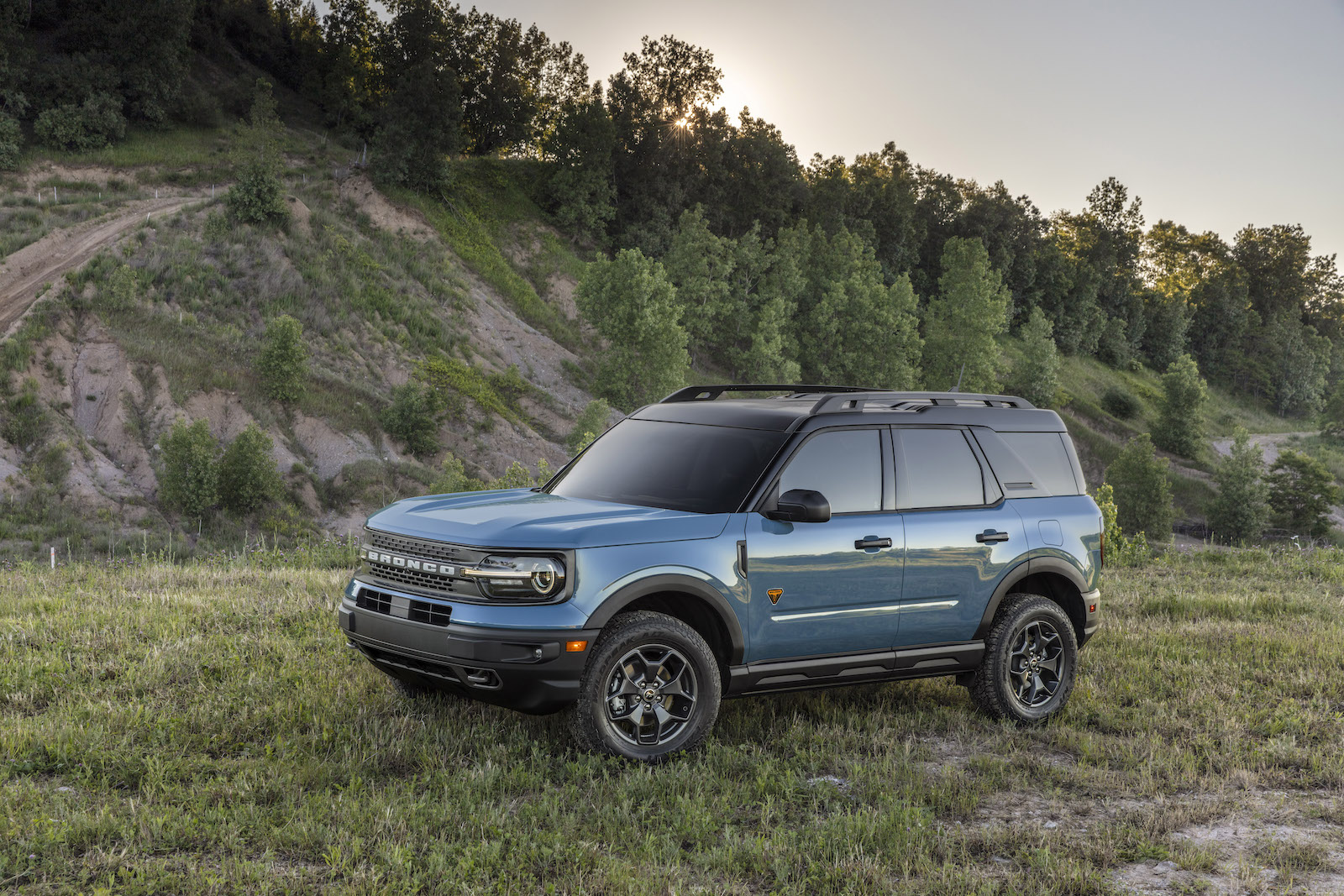 The Bronco nameplate is, at the moment, certified gold. From its launch in the about-to-be turbulent Sixties, when off-roading (not unlike Shasta trailers) gave us a chance to simply get away, to its departure in the ‘90s, when its bloated footprint was best known for ‘The Chase’, a televised lap of LA starring O.J. Simpson. But it’s the 1st-gen Bronco we hold onto in our hearts…and Ford holds onto in its marketing. While production delays have pushed back the resurrected Bronco ‘til this fall, those wanting to beat that showroom heat can opt for Ford’s new Bronco Sport, a soft-roader that can carve its own off-road pathway into your heart and, not incidentally, checkbook.

With the delay in launching the genuine Bronco, you’ll undoubtedly see some confused descriptives when discussing the Bronco Sport. Whereas the Bronco employs body-on-frame construction (closely related to the company’s Ranger pickup), the Bronco Sport goes with unibody construction similar to Ford’s Escape. And since the Escape has shed its toughened looks for a more wagon-like profile, the Bronco Sport can go wild(er) – and is, in fact, described by Ford as ‘Built Wild’. It’s not unlike actress Scarlett Johansson morphing into an action hero – who’d a thunk?

In its upright posture you’re forgiven if you think Land Rover’s Defender instead of Bronco (Sport). This is as upright as Mitt Romney, although softened by compound curves that make it just this side of organic. And while, in profile, the Bronco Sport’s greenhouse is generous, as you move from the Bronco Sport’s thickened C-Pillar to D-Pillar the space narrows, and outward visibility is reduced. The sight lines aren’t abbreviated like Toyota’s FJ Cruiser, but neither is it VW’s 23-window bus. The overall impression is one of a buff running back or, you know, a female action hero.

Move to the inside, and you’re met with easy access, expansive functionality and a mix of plastics going from low-end to mid-range. Given the relatively low cost of plastic, you’d think Ford’s product team could have thrown another $50 into the interior budget, or used something other than a 90’s era Hyundai for inspiration. But to Ford’s credit, the seating up front is comfortable and supportive, and the rear seat can squeeze in three, with enough height to allow those in back to see forward. Beyond decent shoulder room is adequate legroom and headroom. You won’t confuse this rear seat area with that of Ford’s Navigator, but then, neither is it the company’s Fiesta.

In Ford’s advertising the company is big on the cargo area’s bigness, and for a compact crossover it seems ample, if not generous. In those TV spots two bikes are shown stowed upright, and that’s doable with the front wheels removed. The plastic floor has a WeatherTech-type texture, but I’d still probably opt for an actual WeatherTech cargo mat, which will trap liquids and is removable for washing.

An added plus is the rear hatch, with a window that can be opened independently of the hatch itself. At the airport I wanted the whole hatch, but at the convenience store (a case of Bud Light?) an open rear window is all you need. And Ford supplies it.

Under the hood you’re given two choices: a base 1.5 liter EcoBoost three or 2.0 liter EcoBoost four. While the 1.5 supplies reasonable power and torque, I’d not ask 180 horsepower to propel 3500 pounds if a better option was available. And it is, although from Ford’s online build program it seems you have to jump to the Badlands trim to get it. The upgrade is a 2.0 liter EcoBoost four, with 250 hp and 277 lb-ft of torque. You do take a hit on economy, with a 21/26/23 EPA estimate, but that’s the price you’ll pay for that sort of reserve. Both engines are connected to an 8-speed automatic and standard all-wheel drive. And while we didn’t have a chance to test the Bronco Sport’s off-road capability, it – unlike so many crossovers – has an off-road capability.

With everything Ford could throw at it, our First Edition Bronco Sport came in at just under $40K, with a Badlands sitting at around $35K; base Bronco Sports start at around $27,000, a $2K bump over a base Escape. The Bronco Sport is an attractive alternative to Subaru’s Forester, Jeep’s Compass or VW’s Tiguan, especially when considering its 2.0 liter EcoBoost and 250 horsepower. That’s power, as it were, to the people.