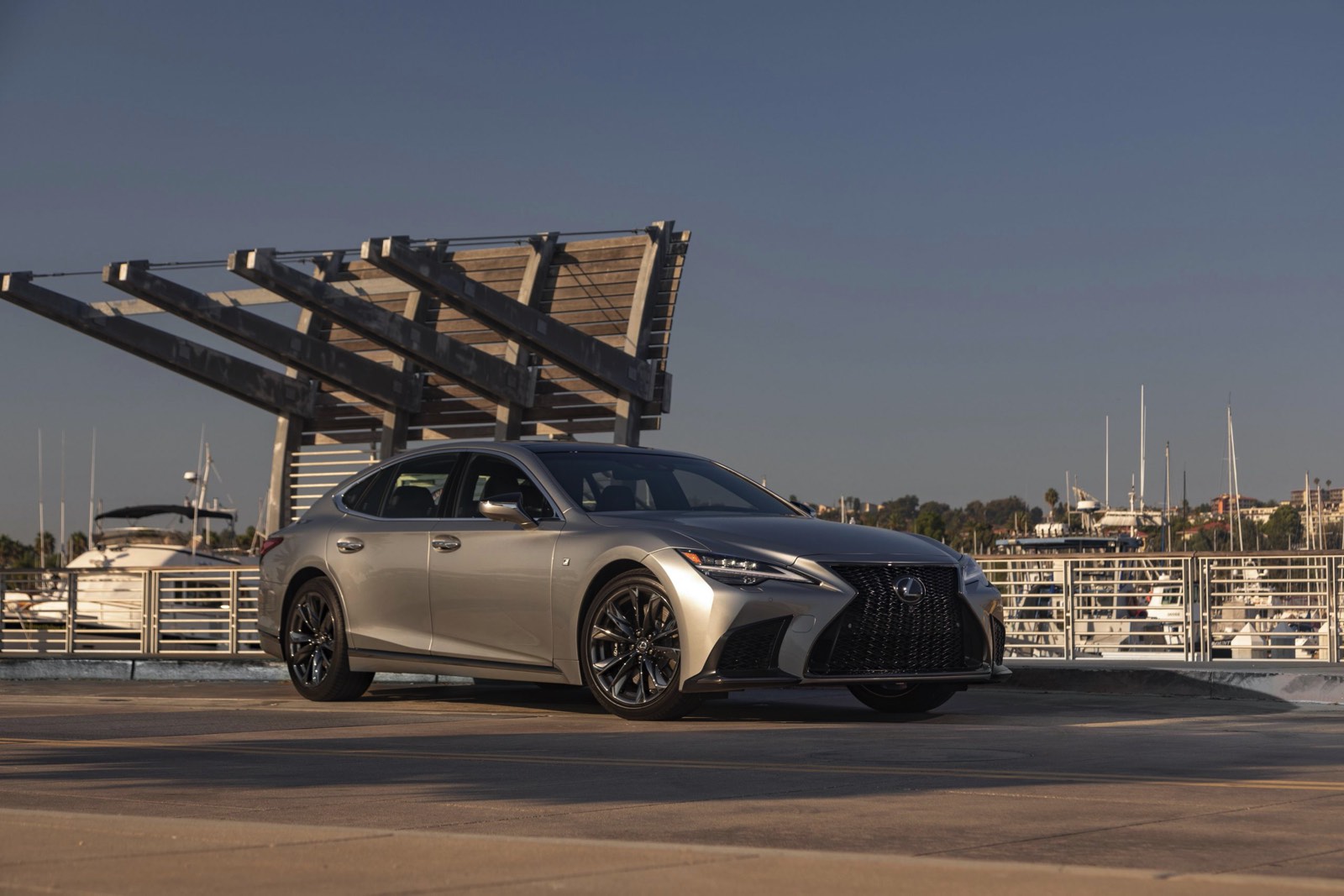 LUXURY GETS AN UPDATE

This is, as you’ve probably noticed, a transformative time. In the past, political discourse has been abrasive, but it’s been some time since it’s been this widespread; kudos, then, to social media. And whether you buy into global warming or not, triple-digit temps in British Columbia have me considering ‘electric’ on at least one side of the garage. And finally, as you probably know, sedans are dead in the marketplace. Or so you think, until you drive a Lexus.

As anyone reading Wikipedia can tell you, Lexus, which has served for 30+ years as Toyota’s entry into America’s deep pockets, began with an homage to Mercedes-Benz and has never looked back. But as its credibility grew, it evolved into its own Japanese statement and became less – by now, far less – of a Mercedes clone. And while most Lexus service drives are populated by the brand’s successful (and successive) crossovers, its IS, ES and LS sedans still command a reasonable share of attention and, of course, those pocketbooks.

Toyota’s upscale journey began with its LS 400, and that journey continues with the LS 500, getting refreshed in 2021 after a redesign in 2018. Given the dearth of luxury 4-doors on today’s streets, taking in all that the LS 500 represents almost constitutes a surprise, like seeing a celebrity on the street. (At some point I’ll share my Jamie Foxx sighting.) Parked behind our family’s newish Venza, the LS seemed to go on forever. And if you’re thinking you’ll be able to parallel park this thing on a busy street, I’ve got just one word of advice: valet.

To its credit, the LS sheetmetal provides a cohesive look, without the visual distractions that often constitute this century’s design language. (We’d still hope Lexus might shrink the grille, while the car’s outside mirrors look to have been drawn in the Batcave.) And it’s all big – from its hood and windshield to the doors and trunk; this makes access relaxed, and concealing your stuff that much easier. If you can remember how to locate a shopping mall, this is the car to take.

Inside, the emphasis is on quiet comfort and luxury, with just enough tech to keep the 40-somethings satisfied, but without so much as to get the 70-somethings mystified. If the upholstery and trim weren’t so pretty, you’d think you were stepping into high-end German; there’s a tautness here you don’t often see outside of German cockpits.

Behind the wheel, you feel as if you’re in control of a smaller, more athletic package. The steering is nicely weighted, the brake actuation is reassuring, and the poke you get from the 3.4 liters of turbocharged V6 is reassuring. (With its tag you’d think the LS retains five liters of V8, but you’d be wrong.) And given the size of the engine cover, you’ll have to read a spec sheet to know what’s under the hood. Beyond real performance is credible efficiency: figure high teens in the city, and high 20s on the open road – along with 0-60 in under five seconds!

In its ranking of luxury sedans, the Car and Driver team throws the LS 500 under the bus. But I don’t believe their ranking gives the Lexus appropriate credit for its under-$80K price point, just a few grand north of the Genesis G80. The Toyota team still builds into their products both reliability and longevity, and if you add projected resale value to the initial purchase price, the LS 500 is an incredibly inexpensive way to squeeze into this top segment.

I don’t need a large luxury 4-door. But if I did, this Lexus would be on the short list.