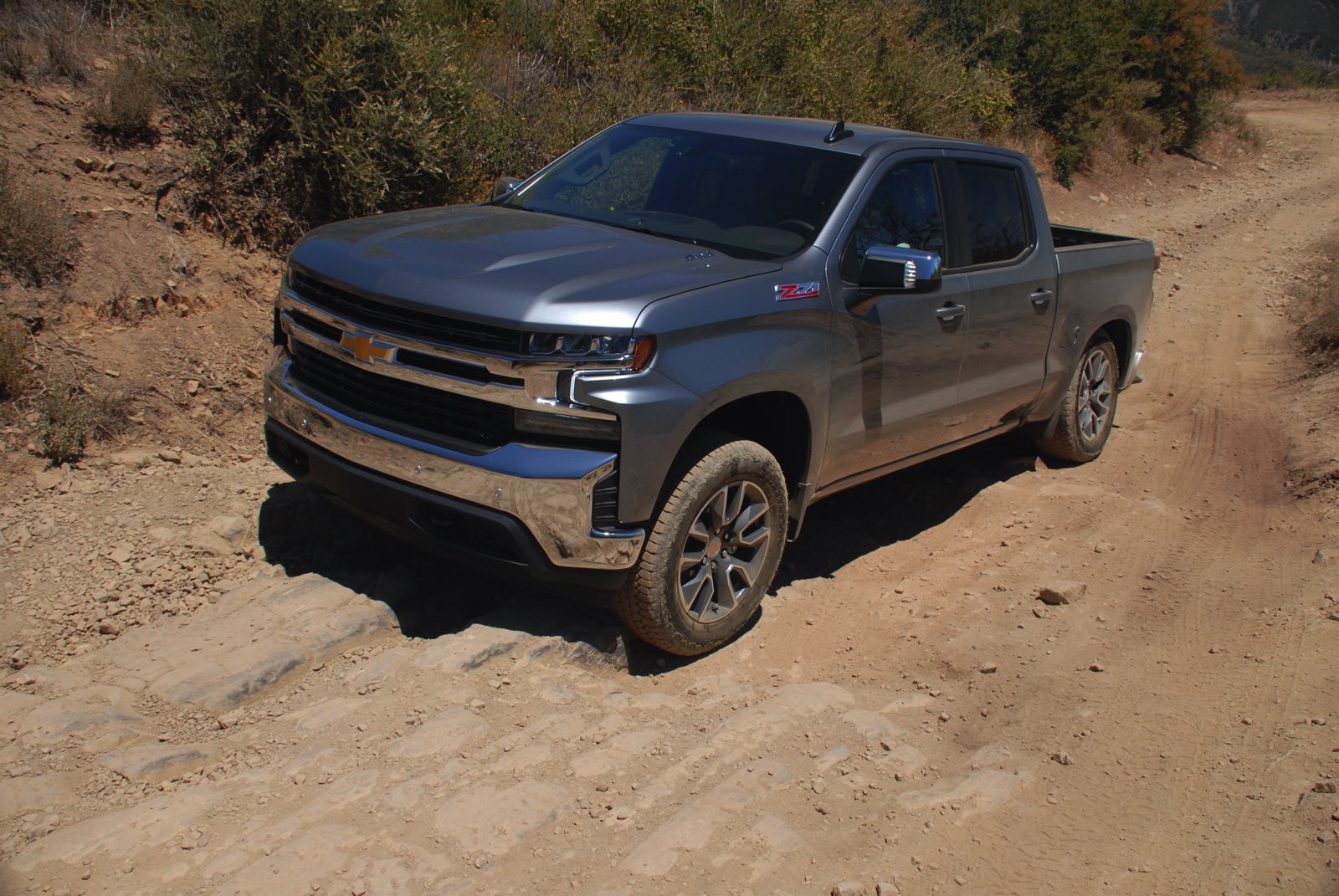 An All-Star for the Lone Star State

Politics aside, change comes quickly these days. In barely two years the Silverado 1500’s “baby Duramax” diesel option price dropped, but then, so did EPA ratings. Special package (such as this All-Star) availability and pricing are no more predictable than hurricane paths, auto start/stop is on hiatus, a major service interval may change, and – of course – there are new colors. I’m good with cheaper.

Debate at will if the All-Star package is worth it; the 3-liter diesel is the star here. This silky inline-six brings 277 hp, more torque (460 lb-ft) and 50% lower fuel consumption than the 5.3 V8, for a paltry $1,045. I ran the numbers using fuelly.com’s mile-per-gallon averages, included service and DEF, and at $3/gal for gas and $3.25 for diesel it pays for itself in less than 50,000 miles. Get it before GM realizes it’s giving them away—on a smaller Colorado LT pickup, going from a 3.6 V6 and eight-speed automatic to a 2.8-liter turbodiesel and six-speed automatic costs more than $3,000.

Economy and value are great, but it’s refinement that sets this engine apart. In design and feel the closest thing is BMW’s 3-liter diesel, another inline-six, from a company with Motor as its middle name and a reputation for smooth engines; simply comparing the Duramax to a German luxury car powerplant shows the level of sophistication. The marriage with the ten-speed automatic is no less polished, and while the truck is geared for open space, rarely able to use top gear ‘til you’re doing 70 mph, it seems to shift less frequently than the gas-engine trucks.

The diesel won’t match the V8 for acceleration, perhaps seven seconds to 60 mph instead of six. While much of the V8’s advantage is gained at the start, the diesel is no slouch, merging and maintaining speed easily. It will also give up less performance at altitude, and my first highway ride took an hour to move the fuel gauge needle with the trip computer showing an average 32.1 mpg. That’s Amarillo to Corpus Christi non-stop, Houston to El Paso if I behaved.

Chevrolet puts a handy load badge on every Silverado, verifying the luxury-car engine still does truck work: 1628 pounds of load or a 9,000-lb trailer. You can drive it as the six-seat Impala it replaces, but it will ride better with some weight in back, and very probably the 18-inch standard wheels rather than All-Star 20s. Though the Silverado is commendably agile for its size and mission, Ram still owns the most comfortable ride title in this segment.

That brings us to the cab. The motoring press had no shortage of derogatory descriptors for this 2019 redesign—bland, dated, lackluster, etc. I agree that Ram interiors feel better, offer bigger screens and look nicer at similar price points, and to a lesser extent the F-150. Did I find this cabin inspired or trend-setting? No. Should I mention the gas-engine F-150 I tested that cost $18,500 more…two years ago?

Trucks are about function, hence the big open bed in back and frame underneath. The Silverado cabin is completely functional, with clear gauges and logically placed controls, usable storage, and easily cleaned lower panels. Maybe I was just excited by the steering wheel now directly in front of me and perpendicular to my direction of travel. In short, I didn’t find the interior as much a let-down as some say, and given Silverado outsold Ram last year I’m not the only one.

There’s plenty of function outside too. Because pickups keep getting taller Chevy has steps in the rear bumper corners, at no extra cost. No such luck up front, as the front tire is still the go-to spot for windshield scrubbing. The front fender sections ahead of the tires are air curtains to funnel air across the fender aperture for less aero drag, considered effective given how many buds and bugs I had to remove after a drive down a no-shoulder trail. You can get multiple cameras for trailering, and a multifunction tailgate that opens loading and partying options; know, however, that it’s a nuisance to clean.

Would I make changes? Absolutely…no truck is immune from my redesign. The grab handles on the windshield pillars are too big for my tastes and steering wheel clearance, four-wheel drive pickups deserve better than a “temporary use only” spare tire, and I’d write some code so the remote tailgate release wouldn’t work if the camera(s) and parking sensors detected something in the way (or that the sensors were dirty).

This popular-configuration 4WD LT Crew Cab short bed All-Star rang the register at $55,565, and while you can’t package any two half-tons identically, as close as I got the Chevy’s price advantage virtually matched the difference between GM’s light-duty diesel  and the others.

The bottom line: If you have a long commute with a moderate load or trailer this is the best way to cross the state.