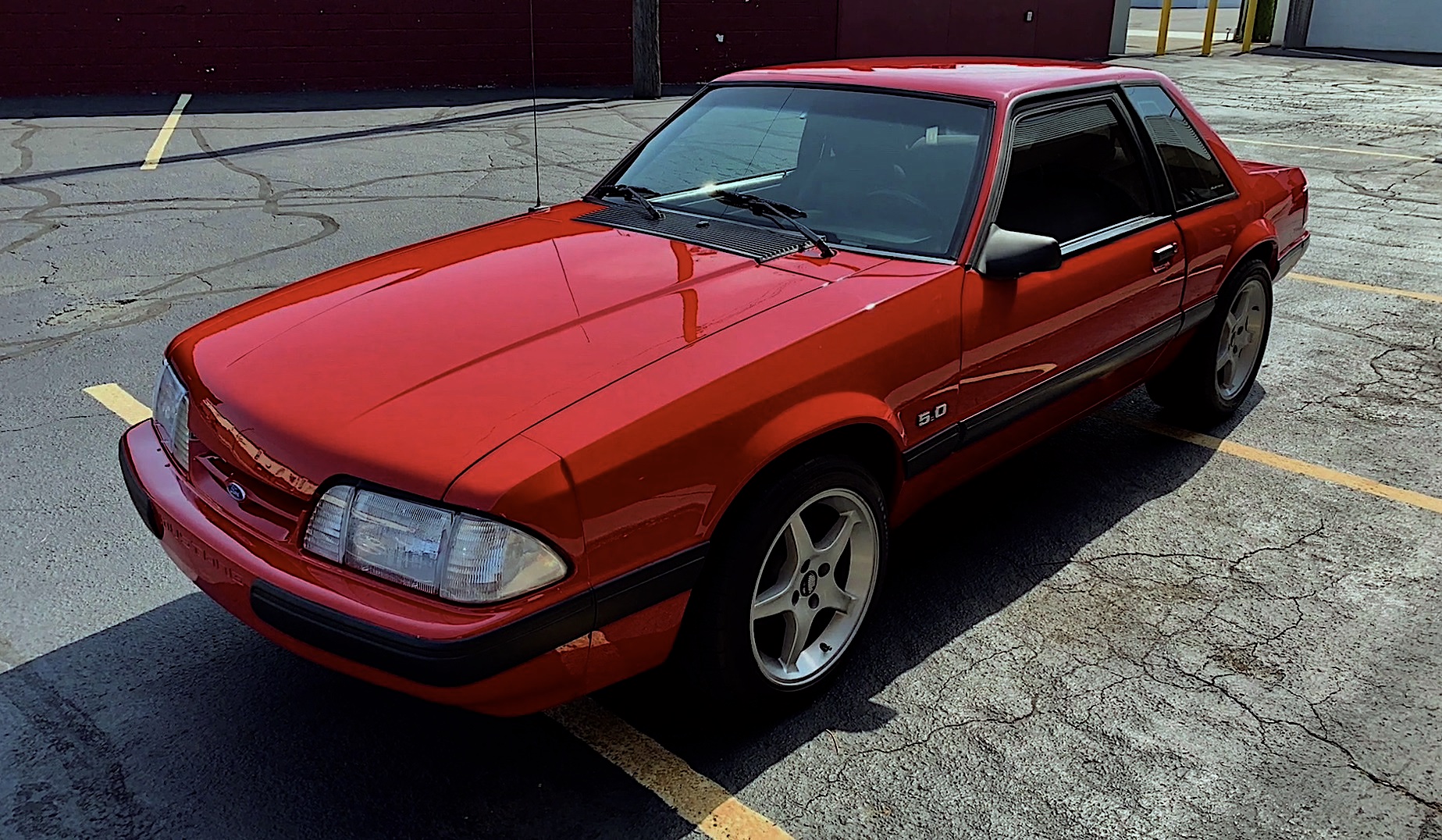 MUSTANGS I HAVE LOVED: NUMBER ONE

We’re very pleased to have Terry Box making what we hope is a regular contribution to the content of txGarage. Covering the automotive beat at the Dallas Morning News for 25 years, Terry supplied both the industry news and the industrial magic that is the automotive industry. His business reports were beautifully constructed, while his new car and truck reviews were highly anticipated. And with all of his success and recognition, he remained a damn nice guy. We’re very proud to have him, and hope he’s happy to have us. DB

As 40 loomed, with its toxic blend of baldness, bulges and bridgework, I felt a compelling need for speed. Call it middle-age madness, an immature desire to outrun age. Or maybe I just wanted to finally – finally – get the muscle-car I lusted after as a teenager and could never afford.

Whatever the reason, on a warm Saturday morning a few weeks before my 40th birthday, I traded a troublesome 16-valve Volkswagen GTI for a red 1990 5-liter Mustang LX.  It was the first of what would become ten rumbling, V-8-powered Mustangs over a 30-year period, a partnership that lasted longer than either of my marriages.

I once asked Jim Farley, now CEO of Ford, if the 10th one was free. It wasn’t.

I’ve watched my profligate ponies double in horsepower, dramatically improve their handling and even assume a sprinkle or two of sophistication as their prices skyrocketed past $50,000 on some models.

Today, I don’t expect the Mustangs I love to even be around in a few years.

Ford has already hinted strongly at its future – and we’re talking five years here — with the electric Mustang Mach E and F-150 Lightning, two iconic Ford badges. And I understand why. Even deep-fried libertarians like me can see something serious is happening with the environment.

Two below zero in Dallas in February, and 10 tornadoes on one stormy night?

But I will never warm to electrics, and I’ve driven a dozen or more of the strong, swift, silent EVs – vehicles with all the presence and personality of a fast refrigerator.  Sorry, but I want smiles per gallon.

Granted, my first $13,000 ‘Stang was no prize. Built on a relatively weak platform shared with Ford sedans, my LX sought to quell its quivers and quakes with a really stiff suspension.

It rode like a ‘60s-era pickup, hampered by steering so slow and light that the car just sort of seized up in fast corners.

Moreover, the 5-liter V-8 was equipped with mediocre truck heads that couldn’t breathe beyond 4,500 rpm. Yet I grinned like a love-struck teenager every time I got behind the wheel and reached for the hard plastic shift knob tied to a 5-speed manual.

Back in 1990, performance was pretty darn limited, and my red Mustang could supposedly hit 60 mph in a swift six seconds; thanks to decent torque, it felt faster.

I disregarded the harsh ride and buzzes from the plastic-rich interior. None of that mattered. I had dual polished exhausts, 15-inch wheels and real block-hugger headers, plus a slightly lumpy idle from one of Ford’s parts-bin camshafts.

In addition, my squarish Mustang only weighed about 3,000 pounds, making it a nice fit for the engine’s 225 horsepower.

As a lifelong car guy who had given up on Detroit in the late ‘70s, I was a happy dude for a while. But in late 1992, I got wind of the 1993 Mustang Cobra, which had a better suspension and 245 horsepower.

I had to have one.