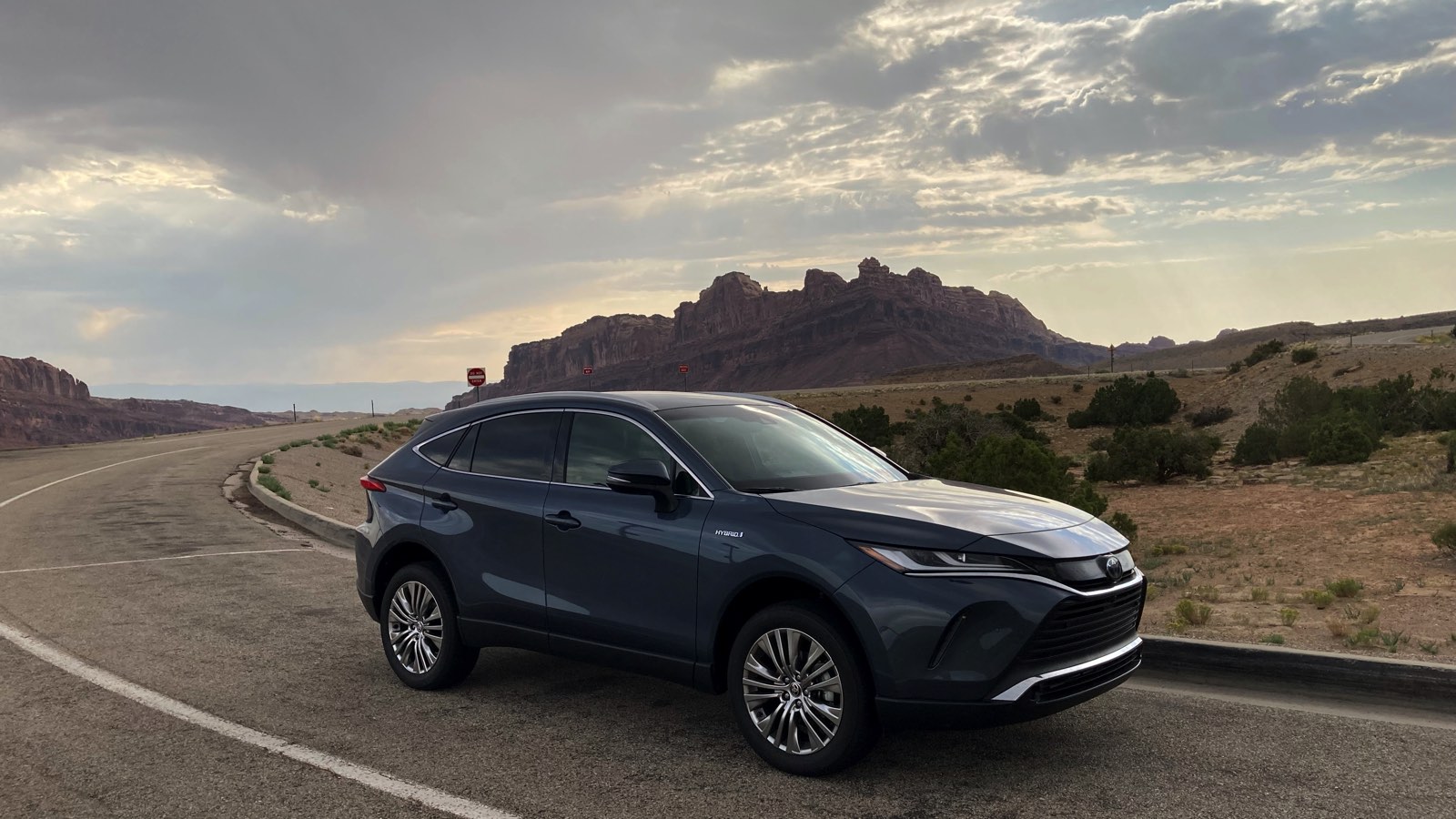 From DC to Shining Sea…

ONE FOR THE ROAD

We had planned an 8-day drive across the country, leaving Northern Virginia with a night in the Chicago area, one evening in or near Omaha, two nights in Scottsbluff, Nebraska and two nights in Zion National Park before landing in Los Angeles. With a second granddaughter coming in late September my wife and I have an apartment in Los Angeles, and now we needed a car to get around LA. A new Toyota Venza had been purchased earlier in the summer, and while we could have shipped it to the West Coast, there are few things better than a cross-country drive. Even if you do it alone.

The Venza was an answer to my wife’s very real desire to have economical transportation in LA, given SoCal’s $4 – and up! – gas prices. But she didn’t want a plug-in anything; Tina wanted efficiency, comfort and reliability, and Toyota’s Venza hybrid checked all of those boxes. Sharing its platform with the RAV4, the Venza is a little more personal in its footprint and interior space, and a little more Lexus-like (Lexus-lite?) in its appointments. We opted for the Limited, which gives you everything but an optional sunroof. And in that we never use a sunroof, we kept the Venza’s full metal jacket.

With 510 miles at the time of takeoff, the Venza is not yet broken in. I like its comfort and composure, but the getting-to-know-it period has been in stop-and-go driving, with almost none on the highways or Virginia’s many byways. That, of course, was about to change…

The plans for an extended vacation drive blew up with changes to our son’s work schedule, which meant one of us needed to help with our grandson’s school commute; this ‘grandparent thing’ is a life stage, and we are living it! I’d head west with the Venza, and once I had returned to Northern Virginia by air my wife would fly to Southern California, presumably in that next week. And the 8-day drive would be condensed to four nights on the road, four-and-a-half days of driving.

I left our home in Herndon mid-morning on a Saturday, just after the Cars and Coffee in Great Falls, a Saturday morning ritual with Car-ED’s Kevin Joostema. With the longest drive of the trip in front of me I didn’t linger, making my first stop, Valparaiso, Indiana, that day.  The route touches a bit of Maryland before heading into the hills of Pennsylvania. While the Pennsylvania Turnpike charges you for the view – in fact, all the Interstates used thru PA, Ohio, Illinois and Indiana required tolls – the countryside, especially in a summer where the area’s seen plenty of moisture, is amazing.

The green theme continued into Ohio and Indiana. And to channel my now-deceased dad, who grew up on 80 acres of Nebraska dirt, the corn looks good this year. As does the contour planting on the zillions of acres you can see from the Interstate.

Valparaiso, Indiana, the seat of Porter County in the northwest corner of the state, is about an hour southeast of Chicago. But given its rural vibe and pastoral setting, it could be a thousand miles southeast of Chicago. And the same could be said of Indiana’s Crown Point, the seat of Lake County. Its iconic courthouse on the town square has been repurposed for retail(!), as new county facilities are now on the edge of downtown. But there remains a bit of vibrancy on the square, along with a damn good cup of coffee on a Sunday morning.

The next stop, with a shorter drive than Day One, was to Lincoln, Nebraska. Like Indiana, Iowa served up a credible view of rural landscape, interrupted only briefly by Iowa City, Des Moines and Council Bluffs. Things flatten out as you approach Lincoln, allowing an unobstructed view of Nebraska’s Capitol Building. Given that I was born in Lincoln I have an inborn bias, but this is a building which should be shared, and aggressively refutes the notion that Nebraska and its neighbors are little more than ‘flyover country’.

From Lincoln I continued west on I-80 until it approached I-76, which is my route thru Denver and, for the night, Glenwood Springs. That town’s downtown district looks both quaint and buzzworthy, while the Courtyard Marriott is about a mile from downtown; within the mixed-use complex is a lineup of Tesla charging stations, which – within this zip code – is the only thing ‘buzzy’. But it’s comfortable, and for something to eat the desk clerk suggests a Chili’s within a block of the hotel. It’s been years since Chili’s was a go-to for our casual dining, but this one’s busy, well-managed, and at the end of a long day, pretty damn good.

All too quickly, I’m through Colorado and into Utah. The exit for Moab is enticing, but I’ve been to Moab – and need to get to LA. Utah’s 80 mile-per-hour speed limit helps, making an already short drive to St. George even shorter. Again, it’s a Courtyard Marriott, and again the Courtyard folks seem to hit the sweetspot between an accessible price point and a clean, comfortable room. Dinner is at a locally-owned spot suggested by the hotel’s desk clerk, George’s. Between the Reuben sandwich and salad, a dark Porter (with just – I’m told – a hint of licorice) and bread pudding, I’ve replaced most calories lost to quick gas stops and no lunch breaks.

In four days out I’m still working through the change in time zones. St. George sits within the Mountain time zone, meaning I’m wide awake at 3 a.m., and ready to hit the road before 5:00. That, of course, means I give up seeing much of the scenery, and when I roll through Las Vegas two hours later the Strip’s lights are still on, the sun just beginning to rise. A Starbucks in Primm, right on the Nevada/California border, nets me a latte and breakfast sandwich; coincidentally, they’re $6.45 each, roughly $2 (per) more than you’ll pay anywhere else. The lesson: You don’t have to gamble in Nevada to dump big money…just visit Starbucks!

With roughly 2,600 miles of driving, my first traffic backup is – of course – as I approach Los Angeles in I-15. I’m hitting it at what I assumed was the tail end of rush hour, only to be reminded that rush hour in LA is ongoing, and in some spots 24/7. But I’m way ahead of schedule, arriving at our Studio City (immediately across from the CBS Studios production facility) apartment at 11:15. I can unload before lunch, which won’t be a Starbucks.

While I have the receipts, I haven’t done the Venza’s fuel economy – but am absolutely sure it’s on the good side of 35 miles-per-gallon. And the Venza’s comfort and composure at highway speeds, typically holding between 75 and 85 from Lincoln west, was more than a pleasant surprise. You won’t confuse this with the best from Germany, but seems far more mature than that offered by Toyota’s RAV4 or Honda’s CR-V. And while looking forward to its efficiency in LA, we really need to make the weekend drives up and down the California coast.

You, Dear Reader, simply need to make the weekend drives – or the week-long drives. It’s easy to forget what this country has to offer in breathtaking scenery and down-home hospitality. It’s out there for the taking; take some time to find it.