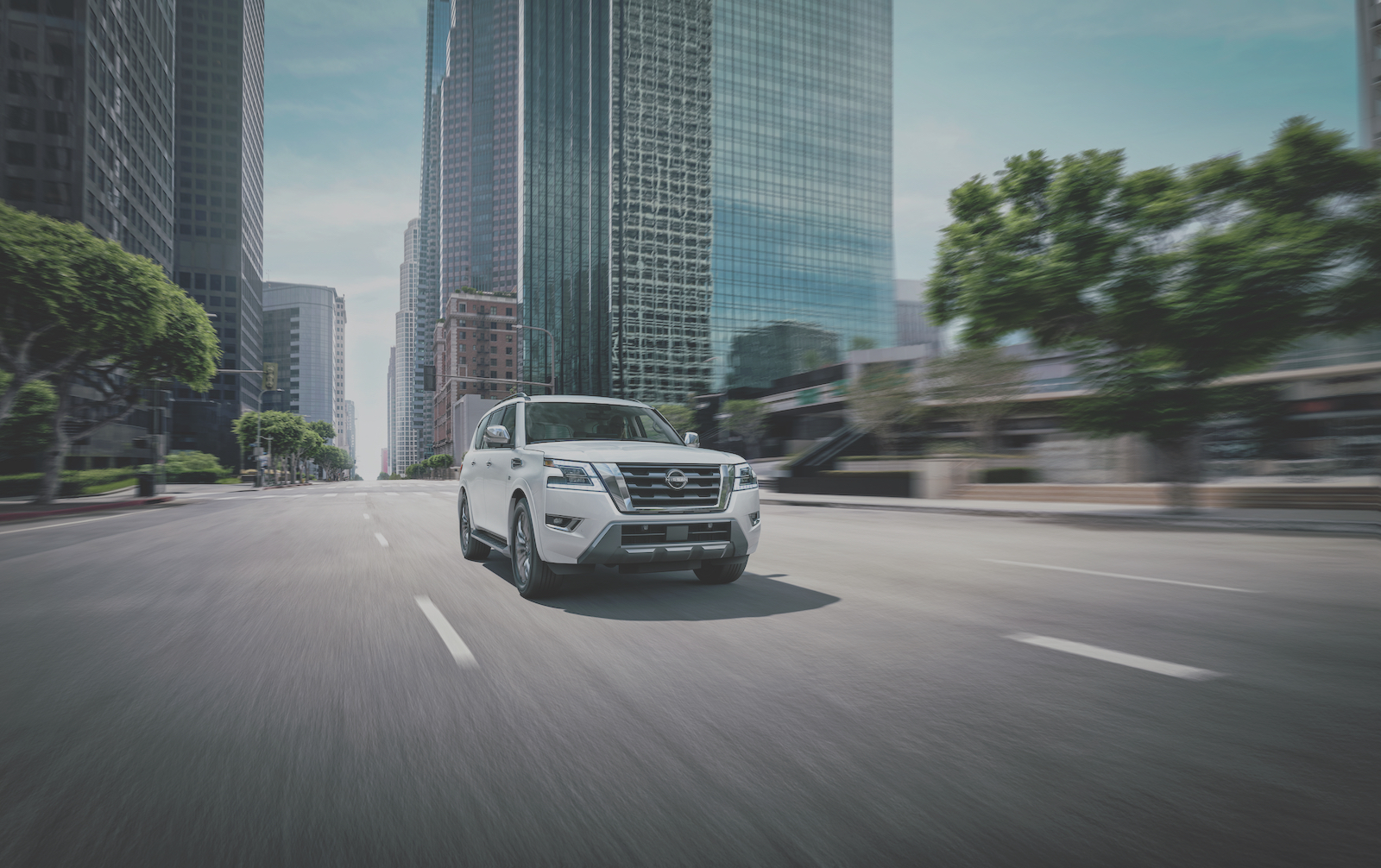 I like it when automakers don’t mess with success.  Just because a platform, engine and transmission haven’t been updated in years doesn’t mean they have to be discarded for something newer, lighter or whatever.  If it works and has demonstrated over many model years that it’s tough, reliable and remains relevant in the marketplace, an automaker should let the good parts be and update the bits that need updating.

To that point, a perfect example is the Nissan Armada.  Although it’s advertised as redesigned inside and out for the new model year, Nissan wisely kept the parts of the vehicle that work well, like the platform, engine and transmission.  Thankfully, they updated the parts that seriously needed updating, like the exterior design and the interior.  The result is a big, reliable SUV that now has all the improvements needed to give it a fighting chance against all the other big SUVs in dealer showrooms.

I test drove a Mocha Almond Pearl Nissan Armada Platinum 4WD that had a $71,250 window sticker.  This is a heavy refresh of the second-generation Armada, with all the good parts of the big SUV pretty much left untouched.  It’s still powered by the 400 hp, 5.6-liter Endurance V8, retuned slightly for a little added power. And it’s still mated to the reliable seven-speed automatic transmission.  Unfortunately, fuel economy for the 4WD version remains abysmal, with the Armada getting only 13 mpg in the city and 18 mpg on the highway.  Remarkably, though, when you drive it the Armada feels smaller than the big SUV that it is, much tighter than some boat-like 3-row crossovers (no names – you’d have to beat it out of me!) I’ve tested.

The exterior refresh is what you’ll notice first.  The new Armada has a redesigned front fascia with a much larger grill, along with C-shaped LED headlights.  It’s a good look.  The interior is what has really been upgraded; especially noticeable is the new standard 12.3 inch touchscreen with its high-res display.  The screen sits up high and is easy to use, allowing you to use your finger to zoom in or out, just like your iPad. Voice command software is also improved, making the nav system more user friendly.

Nissan has been an early leader in providing the latest in safety technology in their vehicles and the Armada gets more than its fair share.  The pretty inclusive Nissan Safety Shield package comes standard on all trims, which is a great deal.  The higher grades get the Intelligent Around View Monitor providing the driver with a virtual birds-eye view of the Armada, something that seems like magic at first but then becomes addictive. Parking in tight spaces or navigating a difficult trail is suddenly made so much easier.

What Nissan did with the Armada refresh turns out to be right on the money.  Fix the things that needed fixing and pretty much leave the good things alone.  I wish more automakers would follow that business model – it’s a good one.