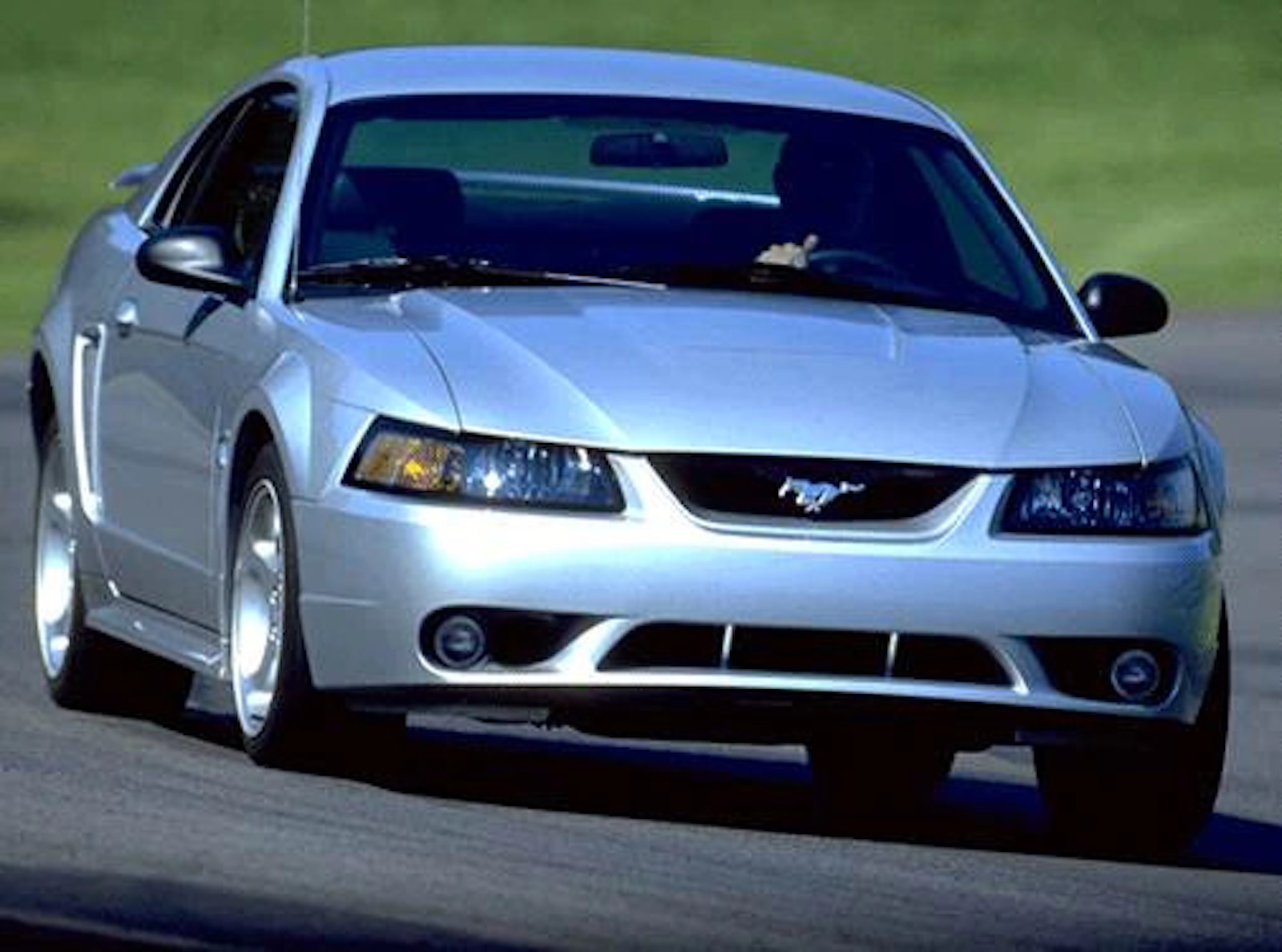 MUSTANGS I HAVE LOVED: NUMBER FOUR

We’re very pleased to have Terry Box making a regular contribution to the content of txGarage. Covering the automotive beat at the Dallas Morning News for 25 years, Terry supplied both the industry news and the industrial magic that is the automotive industry. His business reports were beautifully constructed, while his new car and truck reviews were highly anticipated. And with all of his success and recognition, he remains a damn nice guy. We’re very proud to have him, and hope he’s happy to have us. – DB

Sinister silver Porsches ruled Dallas’ sunbaked streets 20 years ago, pushing their way through traffic with turbocharged hurricanes for engines.  Not that I could afford one of those fire-breathing 3.6-liter aristocrats – most cost more than my house – but they got me to thinking about a major Mustang change.

I was a red guy, but decided for my fourth Mustang to buy a silver 2001 Cobra, an alluring 320-horsepower coupe that was as close as I could get to a potent Porsche. Maybe lustrous silver paint contained some sort of secret horsepower boost or something, I figured.

One reason I decided to part with my Ferrari-red ’96 Cobra was I just couldn’t get my kicks from the car’s semi-exotic double-overhead cam V-8.  It had a soft low-end that Ford supposedly tuned and tweaked in 1999, finally filling the 4.6-liter V-8 engine with all of the 320 horsepower it was supposed to have.

I even had the dealership install Eibach springs to lower the car two inches and swap the Cobra’s boring dish wheels for those on a Mustang GT, which resembled American dark-center “mags.” Unfortunately, despite my $30,000-plus expenditure, my silver ‘Stang just never really sparkled.

Granted, it was plenty quick. If I ran the Cobra to 6,000 rpm in first and second, it would grab 60 in a fleet 4.8 seconds, according to Car and Driver.  That matched the Camaro SS, and the Cobra provided a better ride with its independent rear suspension – even when some immature owner had lowered the car two inches.

It was even rated at 17 miles per gallon city with its 5-speed tranny, which was about 2 mpg better than a modern Mustang with the Coyote V-8.

Of course, like most Mustangs from that era, the steering was average at best, suffering from too much boost and not enough road feel. But to be honest, I cared more about straight-line acceleration back then than cornering capability. My muscle-car roots ran deeply, and still do.

I can still almost mimic the solid-lifter sound of a 426 Hemi Road Runner at idle, a skill that gets me a cup of coffee at Starbucks if I have $5 in my pocket.

No, my main issue with that Cobra was it had less surge and spark than some of my early girlfriends at East Texas U.

Pay at least as much attention to a car’s torque as its horsepower. Torque gives a car its “push,” horsepower the speed. After two years of high-rpm driving, I was ready for a change.