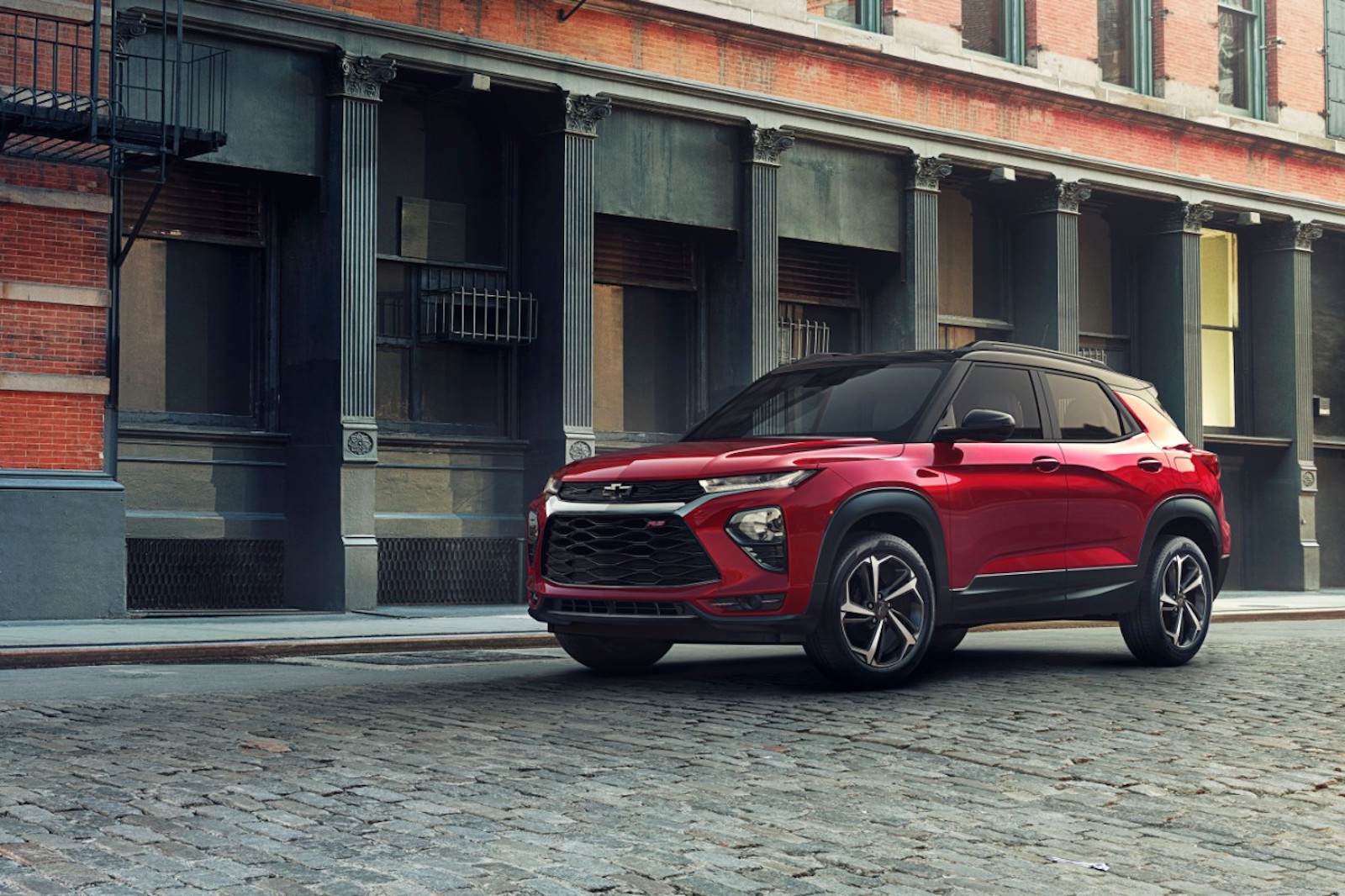 We’re pleased to welcome journalist Bill Owney to the txGarage.com team. Based in Texarkana, Bill – as you’ll see in the bio notes at the bottom of this review – brings a wide range of experience to his take on the automotive market. We hope you enjoy that take – and feel free to take it with you. DB

My Beautiful Bride and I marveled at this competent and comfortable little machine. With back seats folded, it has 54 cubic ft of cargo volume, which must be best-in-class. To be clear, this is an economy car, so it’s a little noisy and interior parts are plasticky, but a high level of safety and convenience features along with altogether pleasant styling, inside and out, make it a value leader in a fiercely competitive segment.

While we were surprised at how much bang for the dollar Chevy offers with this vehicle, we were not surprised to see it is being well-received by consumers. Slotted between the Trax and Equinox, the Trailblazer gives Chevy a stout contender among subcompact crossovers, the fastest-growing segment in the North American market.

In the first three quarters in its first full year, the Trailblazer has shot up the ranks to catch the estimable Mazda CX-30, which, truth be told, would probably be our first choice because of its near-luxury feel and superior driving dynamics. But, then, those are personal preferences.

In a year of supply-chain disruptions, factory shutdowns, and dealer inventory shortages, it is impossible to gauge how successful the Trailblazer will be in the end. Dealers are selling them as fast as they can get them. Really. The Trailblazer has the quickest turnover rate of any vehicle in GM’s fleet, according to GMAuthority.com

The consensus best vehicle in this class, the Hyundai Kona, is outselling the Trailblazer this year by a 2:1 margin. The Kona starts at $1,100 less and offers a much better warranty, but many Americans would rather have a Chevy.

The top seller in the class is the Jeep Compass, to which Consumer Reports gives one of its lowest ratings, citing pathetic performance, abysmal reliability, a rough ride, and clumsy handling.

I said the same things when I reviewed the Compass (and predicted the reliability issues), but I used CR as the reference here because no one ever listens to me. Built in Italy, the Compass is essentially a rebranded Fiat that demonstrates the immense power of brand name over substance.

It is also a reaffirmation of the industry truism that buying decisions are 70 percent lizard-brain, a locus of beliefs, feelings, and habits, but not facts, knowledge, or research. Many of us buy vehicles because of how they look, how they make us feel about ourselves, and because of brand or dealership loyalty, not because of how they drive, how safe they are, or how well they are constructed. Those things are under the sheet metal.

The engineers and designers who conjured the Trailblazer clearly understood these things. Sitting in the driveway, the little SUV just looks muscular and sexy. In a world of generic wedges, the Trailblazer has crisp, sweeping lines that flow to a sports-car-inspired rear design.

Top-of-line ACTIV trims build on that with a redesigned front fascia, a two-tone roof, standard roof rails, and trapezoid-shaped exhaust tips. Inside, the Trailblazer offers Chevy’s latest infotainment system, which can pair to a pair of Bluetooth-paired phones concurrently.

Under the hood, power comes from either a 137-hp, 1.2-L or a 155-hp 1.3-L, turbocharged, three-cylinder engine. (Standard warning here about small-displacement, high-compression engines, which often turn into oil burners. Burning oil is bad for everything from valve guides to catalytic converters.)

A continuously variable transmission is standard, but a 9-speed automatic is available. All-wheel drive is a $1,500 option, and one would strongly recommend it on ACTIV models. which come with unique tires and shocks for comfort and ability on gravel roads.

The Trailblazer received a Top Safety Pick+ from the International Institute of Highway Safety, thanks to its top performance in crash tests and standard front-crash prevention.

Forward collision warning and city speed automatic emergency braking with pedestrian detection are standard. Dynamic cruise control, blindspot warning, and rear cross-traffic warning are available in a reasonably priced option package. We would strongly recommend this; these things save lives, and because (like many in its segment) the Trailblazer has thick column supports in the middle and rear, resulting in significant blind spots. Looking forward, a nice driving position results in superb visibility, not at all like a small car.

Read multiple reviews (and it seems we’ve established that most people don’t) and one will find a range of opinions on driving characteristics. We get seat time in a lot of vehicles around our house and came away thinking that the Trailblazer certainly belongs in the third quartile. Around town, it is quite nimble, but excessive body lean means this is not a car meant for a late-night excursion through the dreaded Wamba circuit.

Trailblazer engineers tuned this car for comfort over performance, as they should. This is a vehicle for young families or tottering geezers, such as us! Overall, the Trailblazer delivered its promised 27 mpg in combined driving. That’s about average for the class, but nowhere near what we should expect in the third decade of the 21st century. We eagerly await the application of GM’s prodigious and growing electrification technology to vehicles in this class.

One suspects that will begin to occur only after the General has sold all $100,000-plus vehicles it can to all those willing to pay that fare. The $25,000 electrified car is coming. In the meantime, Chevy’s Trailblazer is a good choice.

The Most Powerful SONATA Ever. – The 2021 Hyundai Sonata N-Line
The Family Get Up – 2021 Toyota Sienna Platinum AWD
Event Calendar