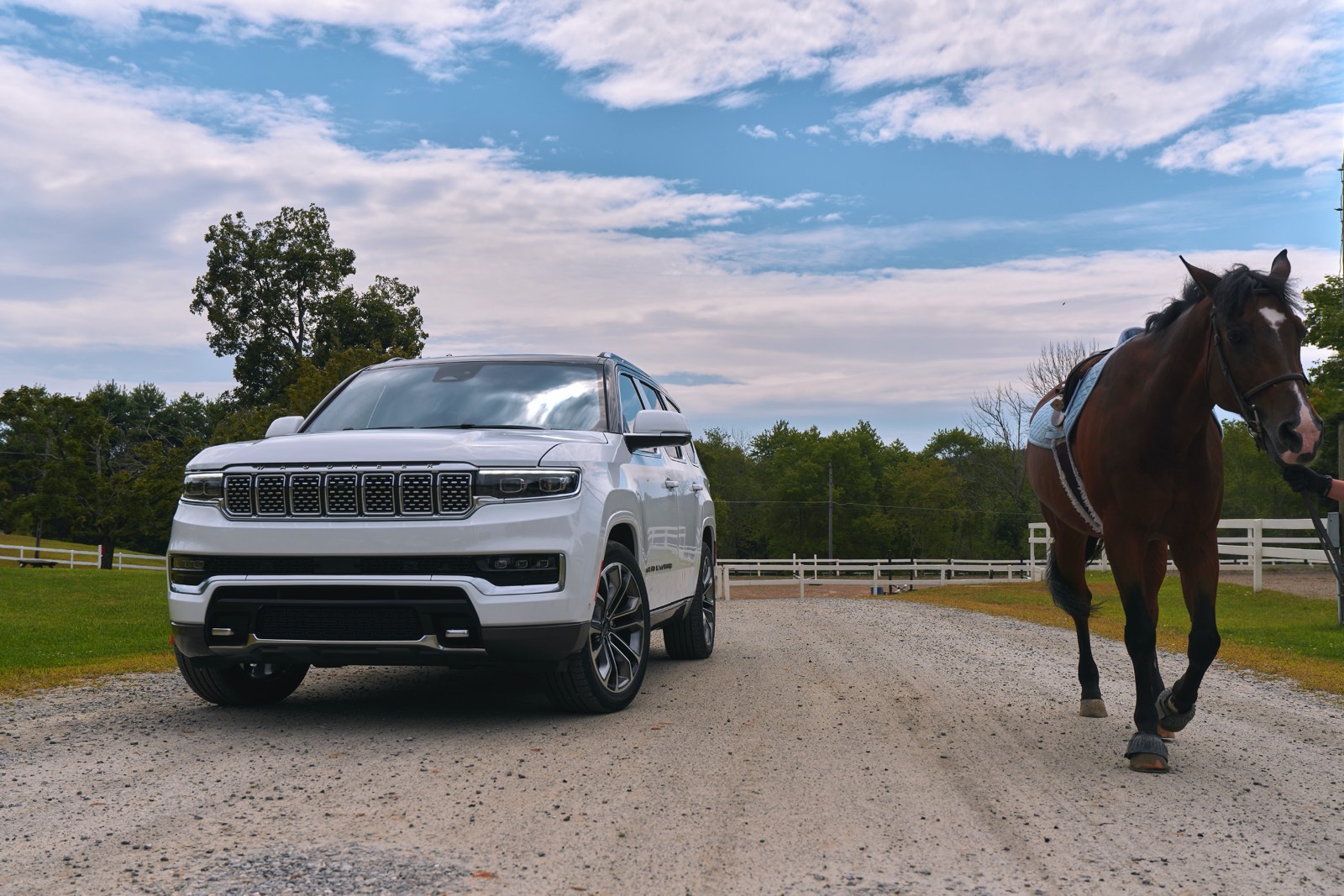 Long before I had my first copy of Road & Track or Car and Driver, gleaning the collective wisdom of a John Bond, David E. Davis or Brock Yates, I had a subscription to Mechanix Illustrated and the collected wisdom of that magazine’s automotive writer, Tom McCahill. While MI’s editorial menu was varied, and their model, MiMi, was – from my adolescent perspective – provocative, it was the road tests by our Uncle Tom that I’d open first. And three of those tests stick with me almost 60 year later: McCahill’s takes on the diminutive Lotus Elan, Ford’s GT40 and Jeep’s Wagoneer. Of the three, Tom’s pair of black labs would fit only in the Wagoneer – and that’s why he loved it.

Even if you were among the living back in the mid-‘60s, you’d have been forgiven if you didn’t notice Jeep’s Wagoneer. At that point Jeep was well known in its historical context, only a generation removed from World War II. And its CJ (Civilian Jeep) enjoyed a great reputation among hunters and fishermen. But at that point I was moving from Daniel Boone to The Beatles. In short, I may have noticed, but knew no one that owned one.

As Peter Jackson was spending several years ‘getting back’ to those Beatles, the folks at FCA – now known as Stellantis – were reconsidering the Wagoneer. And as you’d guess when remembering markets and income inequality, the product team wasn’t envisioning a big workhorse; the team was thinking a luxury 3-row. Obviously, today’s Grand Cherokee reliably fills the role of the earlier Wagoneer, and the lack of a Suburban competitor had probably festered at Stellantis long before their creative community came up with ‘Stellantis’.

The result of that thinking has taken two forms – Wagoneer and Grand Wagoneer – and the ‘grander’ (grandeur?) version is sitting in my driveway. Having arrived at my home as last week’s F-250 Super Duty said goodbye, the Grand Wagoneer occupies almost as much space (or acreage…), while delivering its own form of grace. This is, in standard automotive vernacular, one big sumbitch, with a wheelbase of 123 inches and an overall length of almost 215 inches. The good news: behind the wheel, it doesn’t feel that big – but then, neither does it feel that small.

Having not previewed the Grand Wagoneer at an auto show or press launch, I really didn’t have an idea of what to expect once the Grand Wagoneer landed. Built atop a platform similar to the Ram 1500 pickup, the Grand Wagoneer – and its more basic sibling, dubbed simply ‘Wagoneer’ – takes a page from the SUV’s body-on-frame beginnings. But this is some distance from Jeep’s postwar wagon or the first Ranger-based Ford Explorer. First is the aforementioned length, and next up is its three tons (plus!) of curb weight. The size and weight were to be expected, while the Grand Wagoneers off-putting proportions were a surprise.

Although not branded a Jeep, given the promise of real off-road capability I was expecting an athletic feel from the Grand Wagoneer’s sheetmetal and footprint. Both Ford’s Expedition and GM’s Suburban sit back on their frames, which conveys their rear-wheel drive roots and – given the lack of front overhang – their greater potential for off-road play. The Grand Wagoneer, instead, has real front overhang and, visually, seems under-tired – at least in its more street-oriented form. Jeep’s 3-row Grand Cherokee L has the stance and proportion I prefer, and am disappointed that this new Grand Wagoneer doesn’t share it.

Inside, those committing to the Grand Wagoneer’s $100K MSRP won’t be disappointed, as its interior design and finish will meet most of your expectations. It’s – as you’d expect – a tech-heavy layout, and I was hoping it’d be a tad more intuitive. But then, I’m in test vehicles for a week – and I don’t enjoy the mental dexterity with the owner’s manual that my wife enjoys.

And as you’d guess, the interior volume is ample – although seems (at least in the early, meet-and-greet phase) more tightly drawn than the Escalade or Navigator in their XL variants. The third row is easily accessed, but if over about 5’8” you’ll probably feel squeezed. But then, you should always reserve the third row for those not writing the six-figure check!

Finished in what the execs call ‘Global Black’, the impression left by the perforated leather seating is almost Germanic, if designed – of course – for bigger Germans. The digital instrumentation is spare, while the infotainment screen supplies virtually anything you might need, or Tom McCahill might have imagined.

Under the hood is Chrysler’s mightiest Hemi, displacing 6.4 liters and delivering 471 horses and 455 lb-ft of torque. The optional heavy duty trailer towing package ($995) gives you trailer brake control, trailer hitch line-up assist, trailer hitch zoom and heavy duty engine cooling; all of the above suggests almost 10,000 pounds of towing capability. That’s well north of the 7,000 pounds provided by the Grand Cherokee L, but well south of virtually any Ram pickup equipped for towing.

My two cents: If you have $ix figures to spend with your Chrysler-Dodge-Jeep-Ram-Wagoneer dealer, I’d hand over $60K for a well-equipped Ram pickup and $40K for a Chrysler Pacifica (plug-in) hybrid. The Ram will tow more, while the Pacifica will seat six or seven in comfort, and do it with exponentially more efficiency.

The Grand Wagoneer would undoubtedly work fine for McCahill and his labs. It works less well for me.