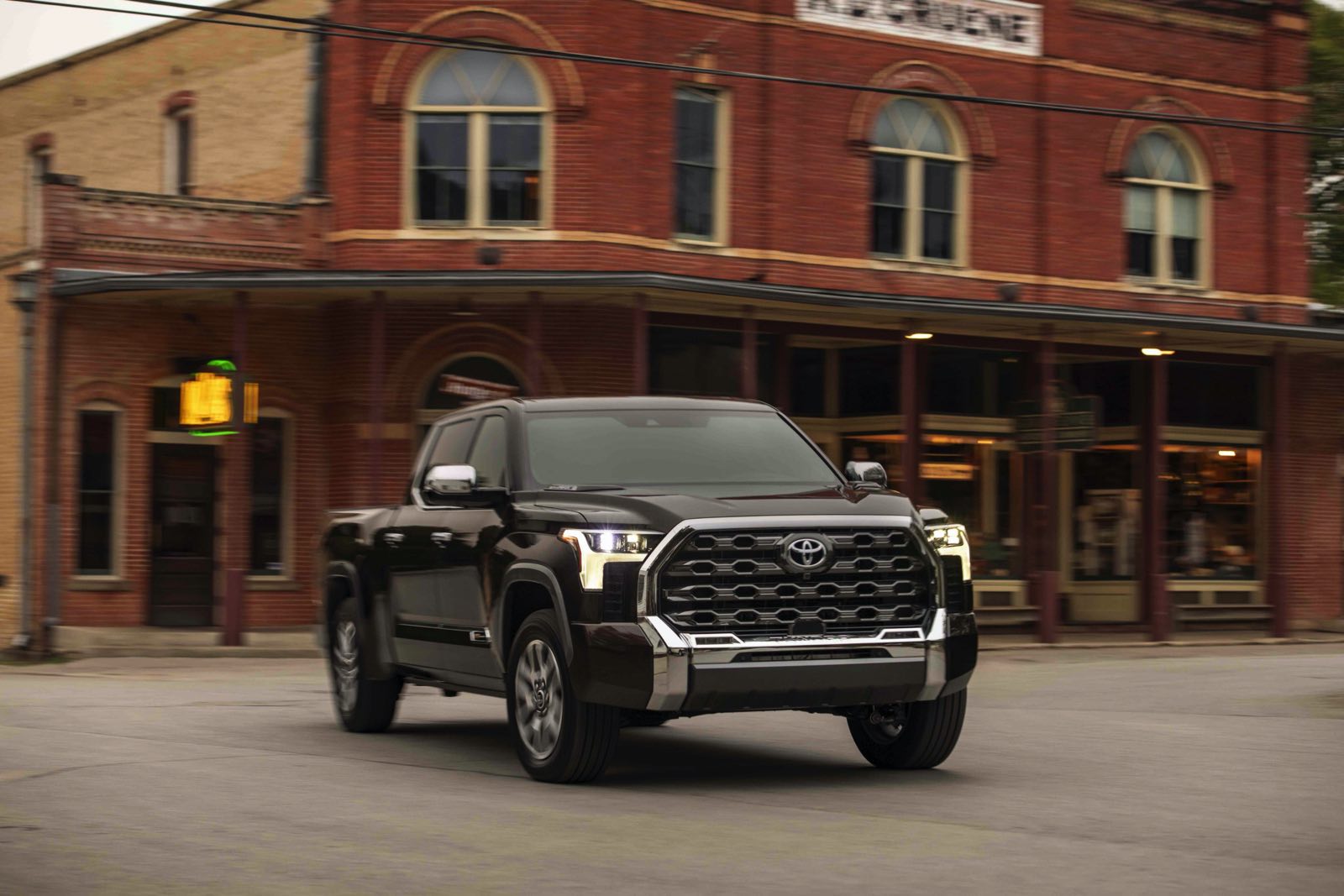 The Toyota Tundra is all-new for the 2022 model year.  The previous generation was ancient by pickup truck standards, so this newest iteration is quite a welcome adventure.  It carries all the standard redesign features of new vehicles, like a front fascia with a massive grill and an oversized infotainment touchscreen.  The new Tundra remains a truck centered on the consumer market, and not a truck you’ll find sitting in the oil fields of West Texas.

Two new models are available, the i-Force and the hybrid i-Force MAX.  A base model i-Force SR Double Cab 4X2 comes with a standard 389 hp, 3.5 liter turbocharged V6 engine and an MSRP of $35,950. The 437 hp hybrid i-Force MAX engine is only available starting with the Limited trim; it comes with a $51,900 MSRP price tag.  All new Tundra engines are mated to a standard ten-speed transmission, and only fuel estimates on the i-Force drivetrain have been released, with the truck delivering an estimated 18 mpg in the city and 23 mpg on the highway.  The i-Force MAX won’t be available for sale until this spring, so fuel numbers should be made public around that time.

I was given the opportunity to take the new Tundra for a very brief test drive (on asphalt), and the new truck is impressive.  Both new engines accelerate well, although I wasn’t able to do a 0-60 test. One thing I hated was the thirsty nature of the previous generation’s massive, normally-aspirated 5.6 liter V8 engine – but it sure felt good to hear it rumble and roar.  The 2022’s twin-turbo powerplant may be more fuel efficient, but it ain’t as much fun as a V8.

The other significant – and noticeable – change in the new Tundra is Toyota’s decision to switch from a leaf spring rear suspension to coil.  It certainly makes for a smoother drive on the highway.

For those of you looking to move into one of Toyota’s more popular trim packages, the TRD Pro, you’ll have to wait a few more months.  It’s expected to hit dealerships in March.  Just note that the new TRD Pro will only be available with the i-Force Max engine, so expect it to bring with it a hefty price bump.

This truck should be a popular upgrade for those previous Tundra owners, and with the new powertrain invites more cross-shopping with the F-150.  The light-duty pickup segment is chock full of competitive choices; it’ll be interesting to see how this new Toyota fares in today’s turbocharged market.