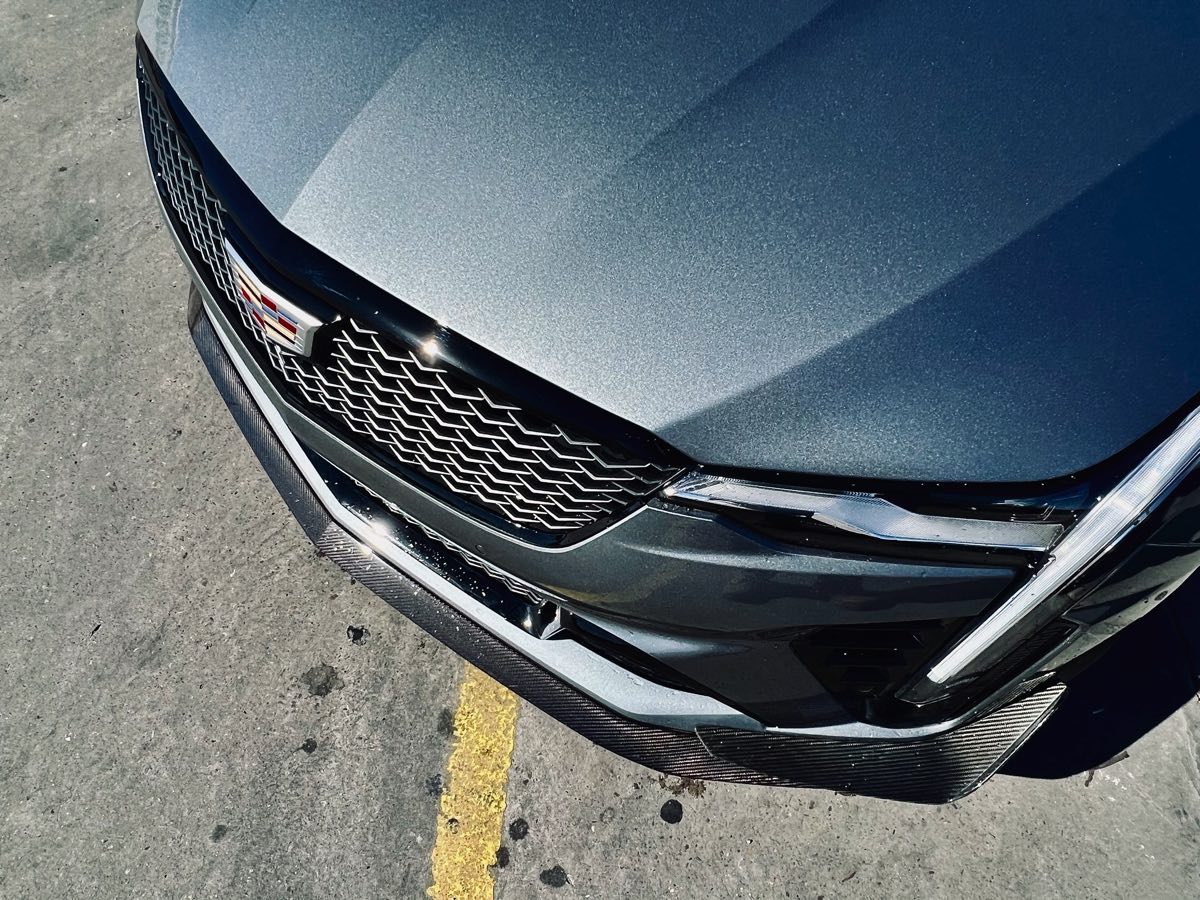 All photos by Jesus Garcia

The new V-Series Blackwing Cadillacs can trace their origins all the way back to the 1990s. At the time, Cadillac was starting to realize that it needed to infuse some new blood into its target audience. So, the American car company looked at Germany’s sports saloons and decided it needed to make its own. In 2003 the Cadillac V-Series division was born, and with it a new identity for the brand often associated with cloud-like suspension and gold pinky rings. The 2022 Cadillac CT4-V Blackwing and its V8 CT5-V Blackwing sibling are the last characters in Cadillac’s premium fuel-burning performance era. After these, fast Caddys will get their go-go juice from a power outlet.

Cadillac gave me a key and a week to determine if the CT4-V Blackwing has what it takes to achieve instant classic status. Through 900 miles the CT4-V Blackwing played me a twin-turbo spooling swan song on the twisty roads of the Texas Hill Country. During the experience, I discovered that this track-wolf sedan carries the spirit of a black sheep ancestor.

The CT4-V Blackwing is the fastest subcompact to wear the Cadillac crest. Behind its blacked-out grille is a 3.6-liter V6 producing 472-hp and 445 lb.-ft of torque. Power is sent to the rear wheels via an enhanced electronic limited-slip rear differential.

According to Cadillac, the CT4-V Blackwing can reach a top speed of 189 mph (on a closed course – please) and will sprint from zero to 60 in 4.1-seconds (with manual transmission). However, if you opt for the 10-speed automatic, the time is cut to 3.9-seconds.

The stats on this car make for a good read on paper and translate even better in the real world. The CT4-V Blackwing delivers its power with exceptional timing. Get it past second gear, and you’re suddenly knocking on 70 mph. By fourth, you start looking further down the road as a car this fast requires plenty of forward-thinking. Soon you’re easing off the throttle before crossing the limit between traffic fines and bail money, and that’s with two gears left to go.

Flat-out speed in a straight line is one thing, but a car like the CT4-V Blackwing deserves to have some curves put in its way. A stretch of road, out of the way from major freeways, rests neatly as a slice of paved paradise near the small town of Leakey. This two-lane hugs the side of a hill as it travels across and around the bend with no room for error. One mistake or momentary loss of traction puts drivers at risk of kissing the jagged side of the hill or free-falling into an unforgiving forest of mesquite trees and cacti. Upon approaching the start of this route, I reached down on the steering wheel and pressed a small button labeled with a red V. Doing this skips the driver mode selection process and turns everything up to eleven. Immediately the CT4-V Blackwing goes on full alert. The steering, in particular, feels like parallel parking with no power steering – heavy. However, like a Colt 1911 .45 handgun, it has an excellent weight in your hand and allows you to get a better feel for what the front tires are doing. Match that with a traditional six-speed manual stick, and suddenly you feel like you should be wearing a racing helmet as you start to build up speed before the first turn.

The brakes on the CT4-V Blackwing are superb, allowing you to drop the anchor with total control when needed most. The car hardly even dips as you stand on the brakes before leaning into the narrow turn. The steering feels like it’s in tune with your mind as it follows your lead like a cat chasing a laser pointer. Exiting the turn and back on the throttle, the Blacking does not growl or howl; instead, it keeps it subtle with a turbo spool and a faint rumble under your seat.

After charging the hill, I arrived in Leakey. The adrenaline rush was slowly replaced with fatigue and a sense of relief. While pumping premium fuel at a gas station, an older man sitting in an SUV across the pumps from me noticed the Cadillac.

The man asked me if it was “one of the new Caddys.” I responded yes. He then began to tell me that a buddy of his owns a CT5-V Blackwing that “hasn’t been beaten yet.” A brief chat with the man revealed that he was a classic rock-n-roller veteran of the pre-oil crisis horsepower wars. He referenced his 70-something age, and couldn’t help but mention his home-built 2019 Dodge Challenger with a Mad Max-style supercharger and blower set up. Sometimes old habits evolve with new tricks.

The 2022 Cadillac CT4-V Blackwing wears a Satin Steel Metallic paint job with a two-tone Natural Tan and Jet Black interior. The Blackwing starts at $58k; however, this model came equipped with over $17k worth of add-ons. These options include two carbon fiber packages and 18-inch alloy wheels with a graphite finish. In addition, interior features like massaging front seats, carbon fiber trim, digital heads-up display, sunroof, and a video/performance data recorder, bring the total “as shown” price to $71,095.

Throughout 900 miles, I averaged a few decimal points over 18 mpg running on 91-octane premium fuel. A light-footed driver could easily granny-shift this manual transmission Cadillac into an average mpg in the low 20s.

While the interior of CT4-V Blackwing is photogenic, the feeling tells a different story. The sporty bucket seats are too firm for a Cadillac. The side bolstering, while supportive, is as stiff as a board and unforgiving. Moreover, the seat’s optional massaging feature feels like a cat making muffins on your lumbar. Not enough pressure to justify calling it a massage. My lower back and knees felt the nine-hour drive in the CT4-Blackwing long after I arrived home.

Another noteworthy nitpick is the layout of the CT4-V’s center dashboard screen and buttons, which look like they were sourced from the Chevrolet Camaro parts bin. Road noise was also noticeable, but at least I had a 14-speaker AKG audio system to drown out that noise.

The 2022 Cadillac CT4-V Blackwing is an imperfect masterpiece. While the interior lacks the luxury that built the brand, its performance puts it in a higher class. However, during my week of testing I kept thinking one thing: This V6 Blackwing bears a family resemblance to another turbocharged GM sedan with a blacked-out grille – the Buick Grand National. Now, the odds of Buick announcing the return of the GNX is slim to none, but if they did, it’s safe to assume it would offer this exact engine and boast some impressive carbon fiber bits. We may never see the revival of the Grand National GNX, but at least its reputation lives on in a reincarnated Cadillac.