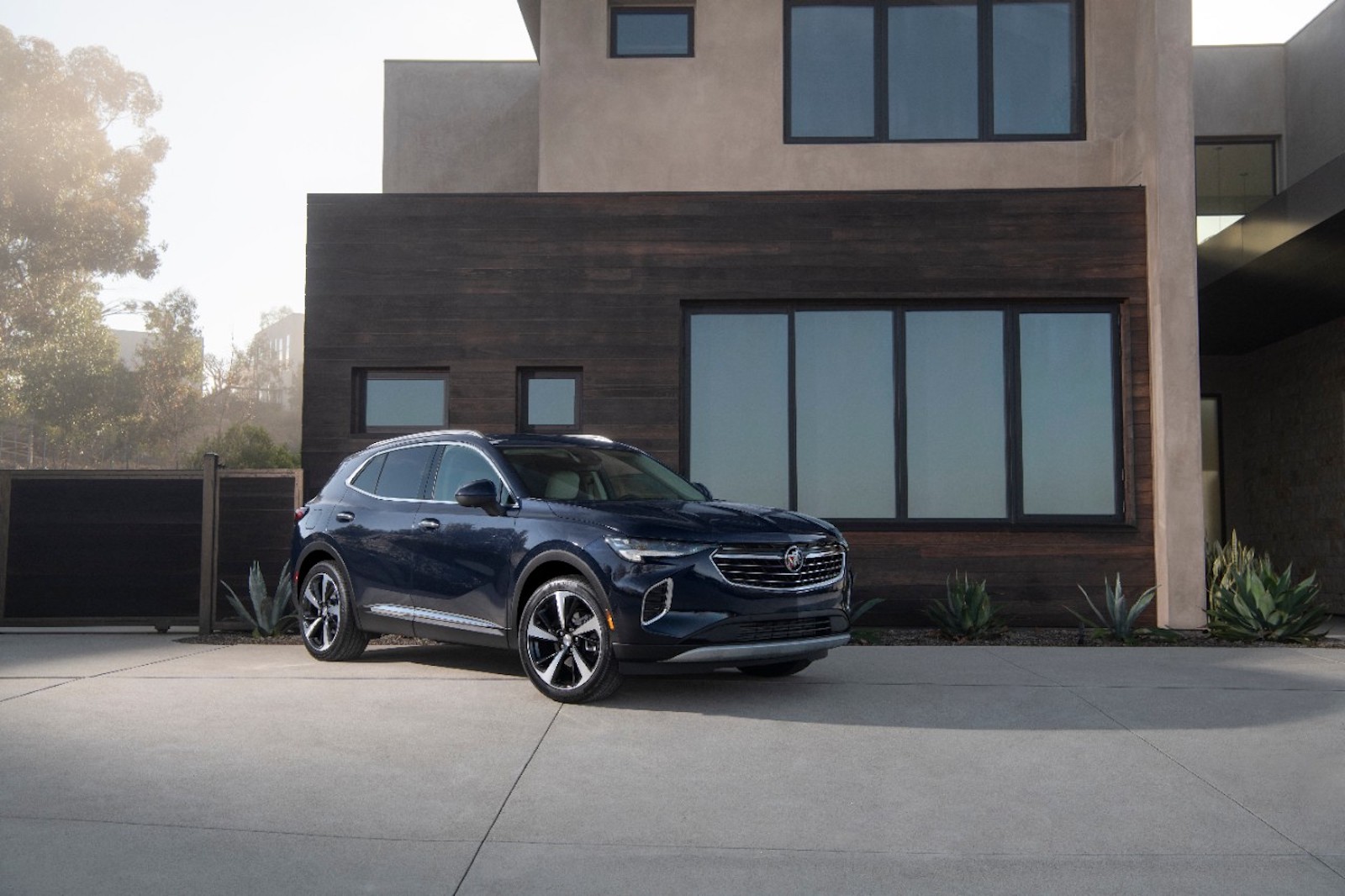 The best thing one can say about the Buick Envision is that it feels like a Buick.

I’m not trying to be a wise-acre – which, I’ll admitted, comes naturally; rather, it’s to assert that a quiet and composed ride, nimble handling, and a sense of interior spaciousness are not things one normally associates with compact SUVs.

Yet here is the Envision, built exclusively in China in a joint venture with that nation’s largest carmaker, SAIC Motor, presenting itself as a value leader among luxury compact SUVs. Starting at $31,500, the Envision sells for $6,000 to $14,000 less than stalwart competitors like the Acura RDX, BMW X3, Volvo XC60 and Audi Q5.

Is the Envision as good as those? Of course not, but it is pretty darn good.

There’s a lot to like about the Envision, which shares chassis and electronic architecture with some of General Motors’ best vehicles, such as the Cadillac CT5, CT4, Escalade and Corvette C8. Fit and finish inside and out are top-notch. So, too, is the technology, especially on our top-of-line Avenir model, which offers a heads-up display, high-definition exterior cameras, wireless phone charging, wireless Apple CarPlay and Android Auto, a lovely Bose™ 9-speaker sound system, parking sensors and keyless entry with a proximity sensor that lit up the area around the car on approach.

The list goes on and on. It’s easy to see why the Chevrolets, Buicks and Cadillacs that SAIC and GM build in China are market leaders. Indeed, 75 percent of Envision sales occur there.

Blonde Beauty and Mama Ruth found the Envision a perfectly quiet and refined companion for a day at the spa. Though the interior has more hard plastics than one would expect in the luxury segment, the overall design was pleasantly stunning.

Luminescent gauges made finding vehicle information easy, and an attractive infotainment screen, slightly biased in the direction of the driver (like Pontiac used to do) enhances the driving experience. Thin LED strips wrapping from front doors through the dash provide soft and reassuring light at night.

A torquey 2.0-L turbocharged 4-cylinder providing 228 hp, and paired with a 9-speed automatic, delivers enough power on takeoff to chirp the front wheels, which can be unnerving. In normal driving, the car can have more turbo lag than we like to see, but overall, the drivetrain operates smoothly and responsively.

Our tester came with paddle shifters, but when we took the car to an undisclosed road in an undisclosed state at an undisclosed time, we quickly discovered the Envision is not built for speed. Pushed a little, it has excessive body roll, and steering is soft and uncertain. We were happy to note the brakes are superb.

We gave it a DNF (Did Not Finish), meaning we quickly shut it down and took the first shortcut home. If spirited driving is your cup of tea, the Envision isn’t. But really, who buys a Buick to go racing?

We saw two major drawbacks to this little SUV. One is that it only delivers 23 mpg, low for the class but not as bad as the BMW X3, which struggles to hit 19 mpg. A far more elegant plug-in XC60, on the other hand, delivers around 57 mpg. We think it’s wise not to hang around gas pumps.

The other flaw is that, while Buick offers a nice array of driver-assist safety features, like front pedestrian braking and lane-keep assist, one of the most important – dynamic cruise control – is only available on the top-of-line Avenir with an additional $1,965 technology package. Blind-zone monitoring and rear cross-traffic alert come in yet another package.

We would also add that the lane-keep system is one of the worst tested. It is not capable of keeping the vehicle in its lane. Instead, it crosses over lane lines and then jerks itself back, ping-ponging between extremes. It would seem GM has not told its Chinese partner everything it knows about autonomous driving.

So now we’ve jacked this thing up 10 grand to get features that come standard on competitors like the Lexus NX. On top of that, the Avenir comes with 20-inch wheels that look pretty but damage both ride and handling. Add in a panoramic moonroof and destination charge, and our gas-guzzling tester comes in at $45,010.

If the Envision came with a hybrid and offered a complete driver-assist package without breaking the bank, Blonde Bride and I would give it a closer look. The lack of them is a deal-breaker.