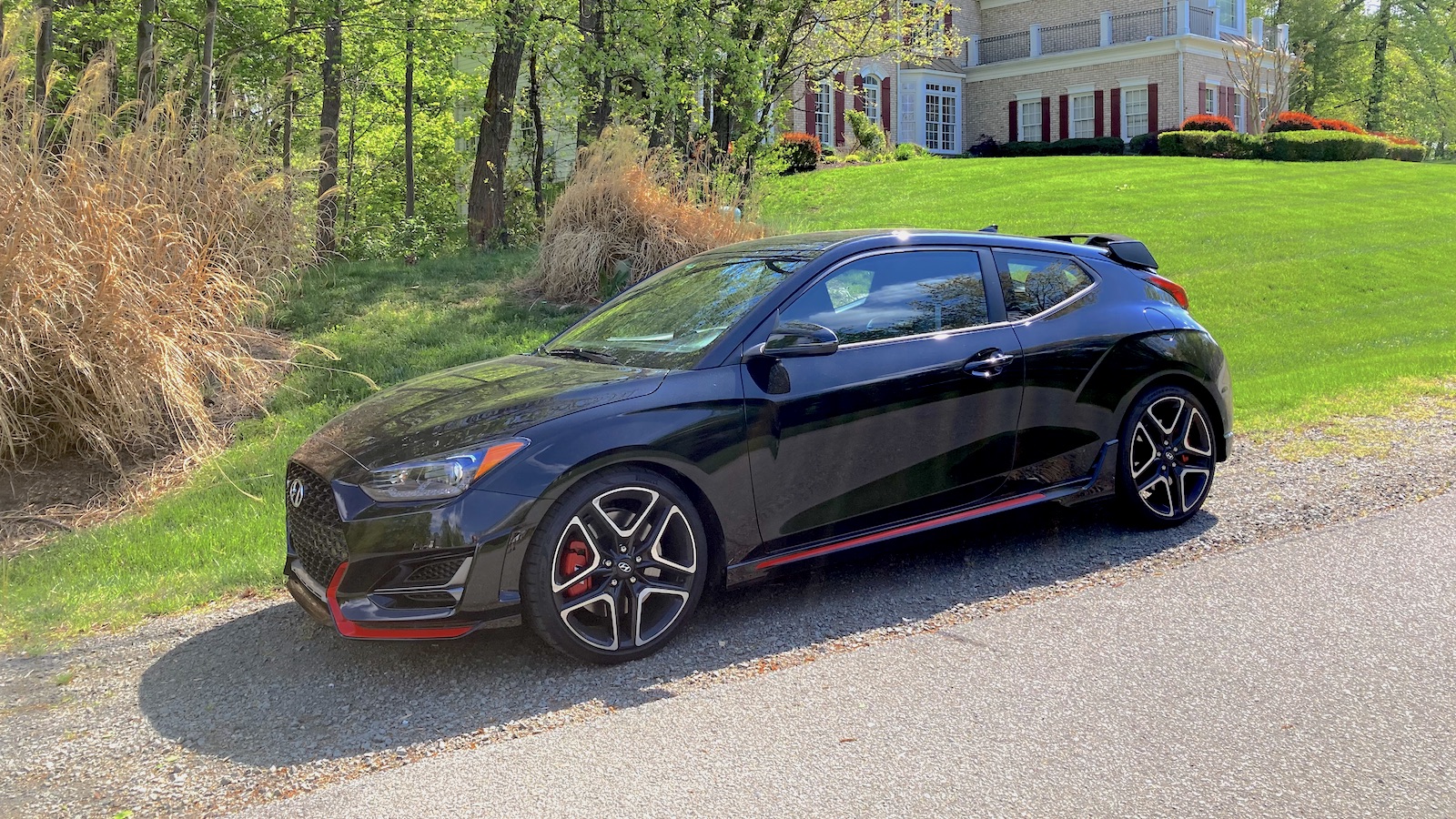 While spending a week with the Veloster N, I’m reminded of the compact sport coupes we had in the U.S. market at one time, and the hesitancy on the part of OEMs to keep those models in the U.S. market. Cars like VW’s Scirocco, Opel’s Manta, Fiat’s 124 Sport Coupe and Toyota’s Celica were invariably based on sedan platforms, so there was no need to reengineer the basic ingredients. And whereas Fiat’s 124 sedan screamed family car (FAMILY CAR!!), its sport coupe derivative suggested ‘actively single/actively looking’ – or, of course, actively married. And the same could be said for almost anything in that automotive genre.

Today we’re limited, as informal research suggests, to Subaru’s BRZ and its corporate twin, Toyota’s 86. And – of course – Hyundai’s Veloster N, the lone survivor of a Veloster lineup that included, until recently, a sub-$20K offering. Today the high-performance ‘N’ sits well north of $30K, a significant step for single incomes, unless – of course – they’re still living in their parent’s basement (and nothing wrong with that!). The BRZ and 86 offer compelling performance at an attractive price, but don’t provide you with the day in/day out utility of the Veloster N. And not incidentally, when compared to the Veloster N’s 2.0 liters of turbocharged four with 276 horsepower, they’re down by 50 horsepower!

With the Veloster there’s no pretense at carrying much beyond two adults and their two youngsters, or – more probably – a big dog. Access to the rear seat is made easier by a rear door – similar in size to what Honda once offered on its Element, or Mazda supplied on the RX-8 – attached to the passenger side, while the driver side retains just one door and a more traditional coupe vibe.

When comparing the Veloster to its (larger) Kona sibling, the biggest dimensional difference is in the Veloster’s height, sitting some six inches lower than the Kona, despite the Kona N’s slightly lowered suspension. That lower height and seating position in the Veloster increases your connection to the platform, and the fun factor goes up commensurately. You are (as they used to say) at one with the car, and the Veloster N is at one with the road.

Powertrains for the larger Kona N and Veloster N are almost identical, although the Veloster N’s product team has retained a six-speed manual as standard; here the DCT is a $1,500 option. I’d be fine with either trans, although the DCT does add – beyond the price bump – an additional 140 pounds of curb weight, roughly equivalent to your girlfriend or (younger) boyfriend. For you weekend warriors I’ll recommend the stick, while worker bees should consider the DCT.

In a less-than-crowded field of affordable sports cars and GTs, the Veloster N represents a compelling alternative to the Subaru’s BRZ/Toyota 86, Mazda’s Miata or VW’s GTI. It’s sportier than the VW, and some $10K less than VW’s more performance-oriented Golf R. And when comparing it to the Subaru/Toyota twins, that third passenger door gives you an advantage in the school’s drop-off lane that is only matched by the BRZ/86 if you put the kids in the trunk.

As an old(er) guy, I’ll continue to bemoan the lack of choice in this category, especially when what used to be compact coupes – you know, ponycars – have gotten so laughably big; these aren’t ‘ponies’, these are Clydesdales. If Fiat can partner with Mazda on their Miata platform, why can’t the company partner with Subaru/Toyota on the BRZ/86 platforms to renew the 124 coupe? And as we proceed with electrification, can’t VW take its next compact hatch and concoct a Scirocco derivative?

As good as Hyundai’s Veloster N is, I’d enjoy seeing more choices in the category. And from a competitive standpoint, so – I’ll guess – would Hyundai.

Continue Reading
You may also like...
Related Topics:featured, review