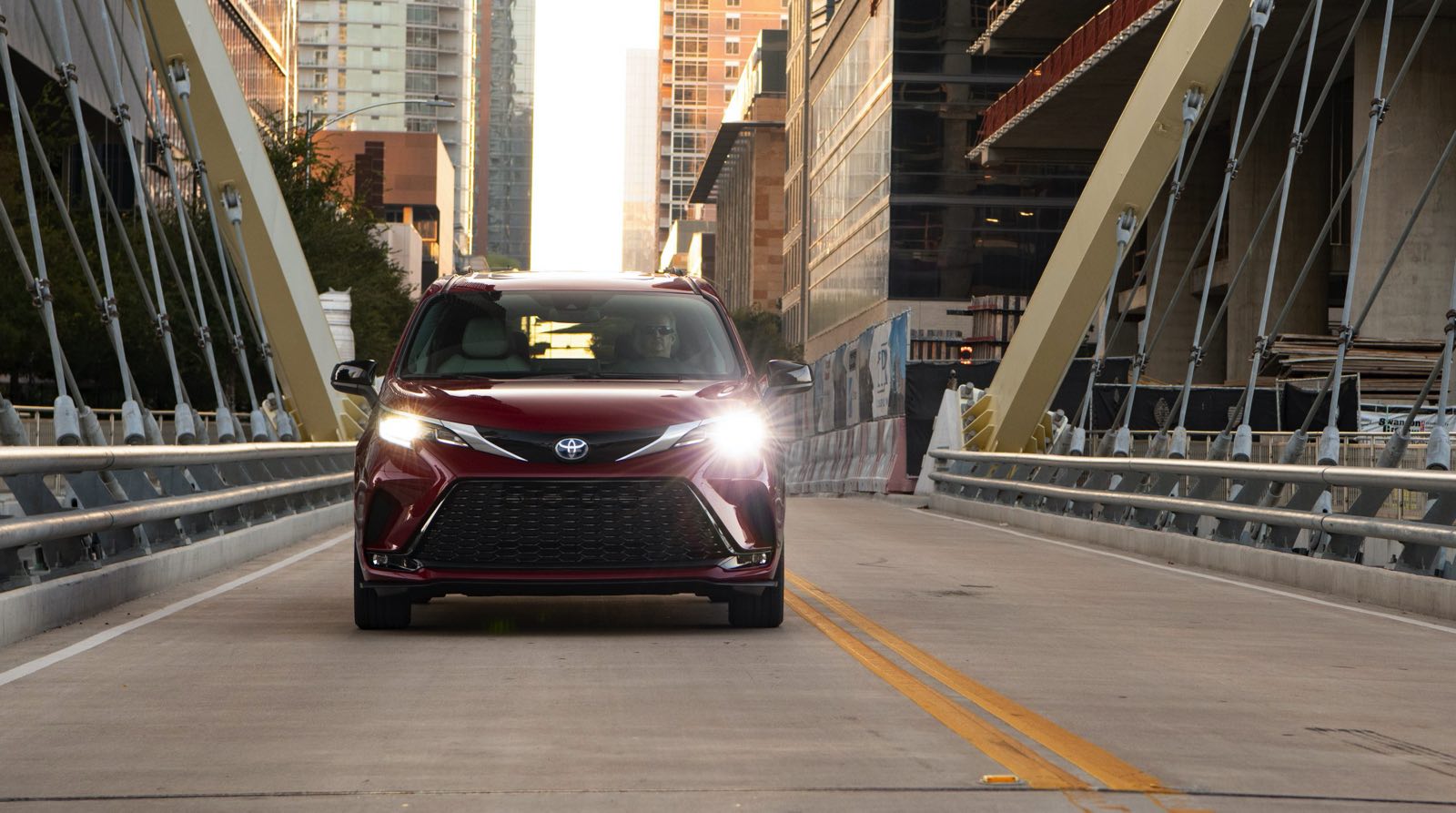 MAXING OUT THE MINIVAN

I’m an unabashed fan of minivans. And, why not?  They’re easy to drive, they’re amazingly roomy, and have two passenger doors that magically slide open.  Okay, so they’re uncool to drive and probably have never been cool to drive.  Most of my automotive media colleagues prefer to test drive high performance sedans that go from zero to sixty in no time flat.  I find that as I get older, those low-slung cars take longer and longer from which to extricate myself and besides, speed and rough rides (on rougher roads) just aren’t as much fun as they used to be. So, when I get scheduled to test drive a minivan it makes me happy.

Luckily for me, a Blueprint 2022 Toyota Sienna XSE showed up at my home several weeks ago as my test drive assignment for that week.  The Sienna is one of a few out-and-out minivans still available in dealer showrooms, and was completely redesigned for the last model year.  There was a time more than two decades ago when pretty much every major car manufacturer had a minivan in their lineup.  But then the American buying public discovered the SUV, a less efficient, not as roomy, rougher-riding competitor, and subsequently deemed minivans less than relevant, dooming them as unacceptable.  And yes, I will repeat this story one more time. When our daughter was born almost twenty years ago, I begged my wife to buy a minivan.  Nope, she wasn’t having any of it; we ended up with a large SUV.  And now, whenever we get to test drive a minivan she declares that she loves driving it.  Think she’d let me buy a minivan today?  Yeah, no… not an option, now or ever.

Okay, let’s take a good look at this delightful dark blue 2022 Sienna XSE.  It came with a $46,664 price tag, about $12,000 over a base model.  All new Siennas are only available with hybrid powertrains, which if you think about it makes a whole lot of sense.  I suspect most minivan drivers have a daily standard route pattern from driving the kids to school, running errands, picking the kids up from school, etc. and the vast majority of that driving is done on city streets where hybrid powertrains shine.  The 2.5 liter Dynamic Force 4-cylinder engine, when combined with the electric motor, delivers 245 combined net horsepower.  EPA estimated fuel economy ratings are just spectacular for such a large vehicle, at 36 mpg for both driving in the city and on the highway.

The new exterior is darn good looking, even though the Sienna now boasts that somewhat over-the-top massive Toyota grill that has become a design hallmark of the brand.  The interior is cavernous with three comfortable rows; optional are Super Long Slide second-row captain chairs that slide 25 inches, providing unprecedented legroom mimicking a limousine.

The dash now sports a large infotainment screen with very clear, easy-to-read navigation software.  There’s even a discreet pop-down mirror that makes it easy to keep a watchful eye on the goings on in the back seat.  I especially love a feature Toyota calls Driver Easy Speak which is essentially a built-in PA system that carries the driver’s voice through the audio system’s rear speakers right to the source of the disturbance. Say you’re driving along and your back seat passengers become a bit unruly.  Now you no longer have to turn and shout.  As a parent, you gotta love that.

Luckily for all Sienna buyers, Toyota has made its Safety Sense 2.0 suite of safety driving features standard for all Sienna trims.  That includes automatic emergency braking, a terrific feature to have for minivan drivers who can get easily distracted.

Who cares if the neighbors may not smile and nod approvingly when you drive by in a new Sienna.  Just roll down the window and shout, “That’s right, I’m driving a minivan and it’s awesome.” Because I think it is…