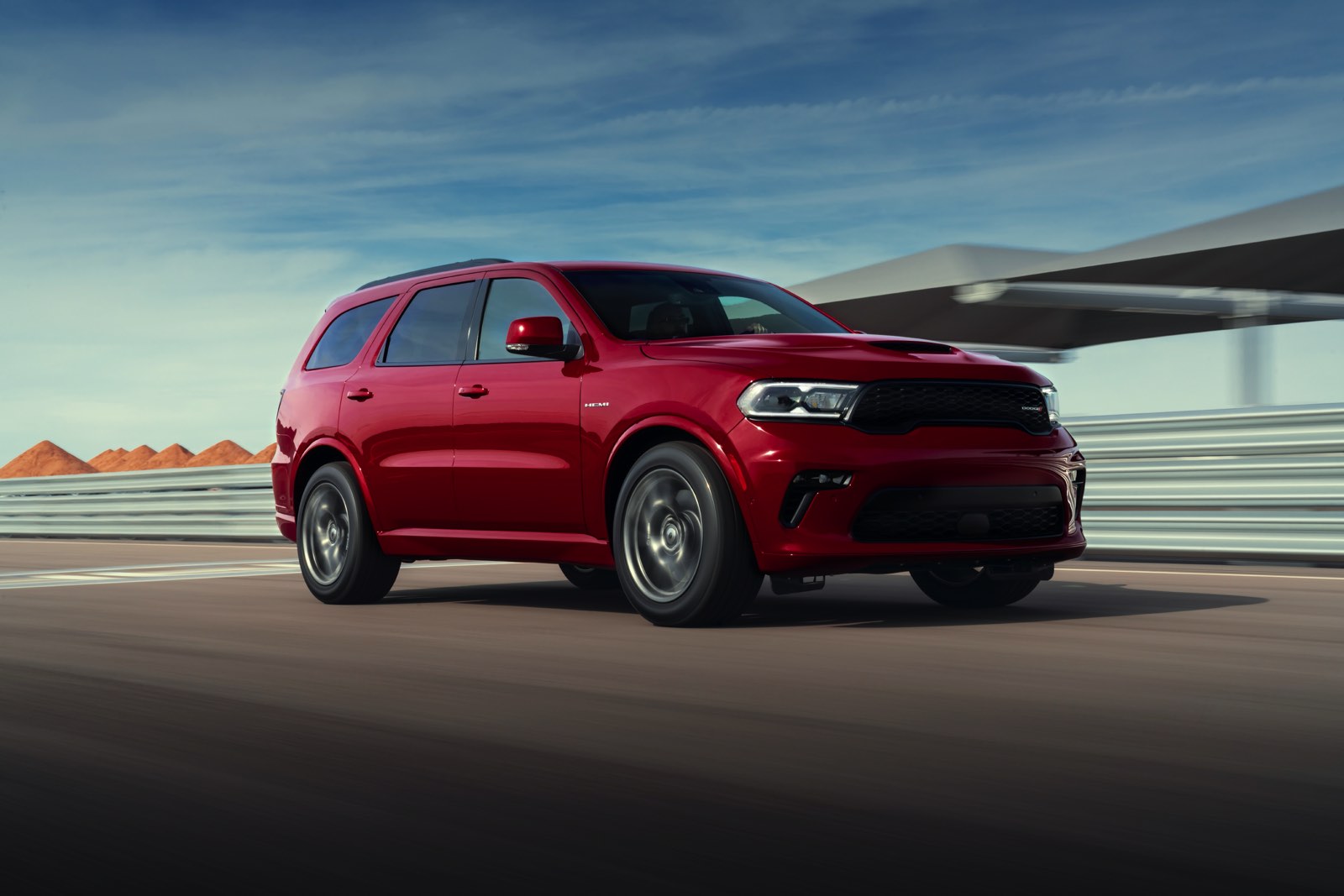 For those of you liking irony, here’s a twisted shred of same: On the week in which the press fleet team delivered a Dodge Durango with the company’s Tow N Go trailer package, my wife and I sold our trailer! While, to be sure, the 26 feet of Keystone Cougar fit within the towing range of the Durango’s 8,700 pounds, I wouldn’t have tried to move it out of its storage space with the Durango; the Cougar had stressed the 11,000 pound capability of our F-150 the one time we tried it, leading to the sale of the Ford and purchase of a Ram 2500. But there’s a lot to be said for the versatility of a capable SUV built for towing, and Dodge’s Durango package is worth a look.

The Durango began, like Ford’s Expedition before it, as a true body-on-frame SUV, based on the Dodge Dakota underpinnings. And while its second generation featured an all-new design, it still boasted body-on-frame construction, along with a visual demeanor fully appropriate to the Ram brand – while continuing with its Dodge labeling. It was only when the Durango received its last redesign that the Dodge team gave it a unibody platform, closely related to FCA’s Grand Cherokee, albeit on a longer wheelbase and with three rows of seating. For many this spec is a sweet spot, and the Dodge Boys (and, presumably, Dodge Girls) up the ante with a host of powertrain choices and tech upgrades.

Our 2021 Dodge Durango was delivered in the company’s R/T spec with an additional $5K of Tow N Go package. For that 5 Large you could expect more than a hitch and, happily, you get it. Beyond a Class IV receiver hitch and trailer brake controller are upgraded brakes, Quadra-Trac all-wheel drive, performance-tuned steering and high-performance suspension. You also get Pirelli’s Verde Zero 20-inch tires mounted on 10-inch aluminum rims. The whole footprint hints at street racer more than towing platform, but as you’d guess, the proof is in the towing.

Inside, Dodge provides you with perforated leather buckets in both the front and second rows. And while comfortable, we’ll issue the same complaint we had with the Lexus LX 600: Why does Dodge carve up the seating and hauling capacity for two rear buckets and a center console, when the console makes hauling anything big either problematic or impossible? I like quickly throwing my bike in the back of our Grand Cherokee, with no more prep than folding the split bench seat; once folded I have a flat load floor of five feet, enough room to slip in a road or mountain bike without removing the front wheel. You can do it in this Durango, but not without working around that console.

Despite its place on Dodge showrooms since the 2011 model year the Durango doesn’t look dated, although you’d be hard-pressed to call it artful. I like the almost fuselage-like fluidity of its lines, while with provision for the third row there’s more rear overhang than that carried by the Grand Cherokee. But that premise of off-road capability is, in my view, overdone; with this sort of SUV I’m not looking for driving among the boulders – I only want to get to the trailhead.

Of course, a Hemi-equipped Durango R/T will get you there quickly, with its 5.7 liters of V8 supplying 360 horsepower and 390 lb-ft of torque, while delivering all of it through an 8-speed automatic. With the R/T’s Tow N Go option you also receive a high-performance exhaust, which will thrill your teenagers if and when – with your shared custody agreement – they are available.

When comparing the Durango to that F-150 or the ’06 Grand Cherokee, the Durango sits right in the middle in its towing capability, offering 1,700 pounds more than the GC’s 7,000 and 2,300 pounds less than the F-150’s 11,000. Despite a longer wheelbase and overall length than our Jeep, it’s still almost tossable behind the wheel, something the Ford could never claim. And while a crew cab pickup certainly gives you space for passengers, it’s not the people carrier a 3-row SUV comprises.

At $67K, the Durango R/T isn’t overpriced for the category, but if towing was my main reason for considering a Durango, I’d probably put the money on the functional and leave the street racing persona of ‘R/T’ out. But to get the Hemi we have to check the R/T box. Thankfully, you can opt for only a tow package; with that, and only that, an example can be had for $57K, a $10K difference you can put toward the 22-feet of R-Pod that I’d buy. If I hadn’t just sold a trailer…

Continue Reading
You may also like...
Related Topics:featured, review

Hyundai’s Elantra N: THE ND OF THE WORLD AS WE KNOW IT
Into the Vert – Review – 2022 BMW M4 Competition xDrive Convertible
Event Calendar