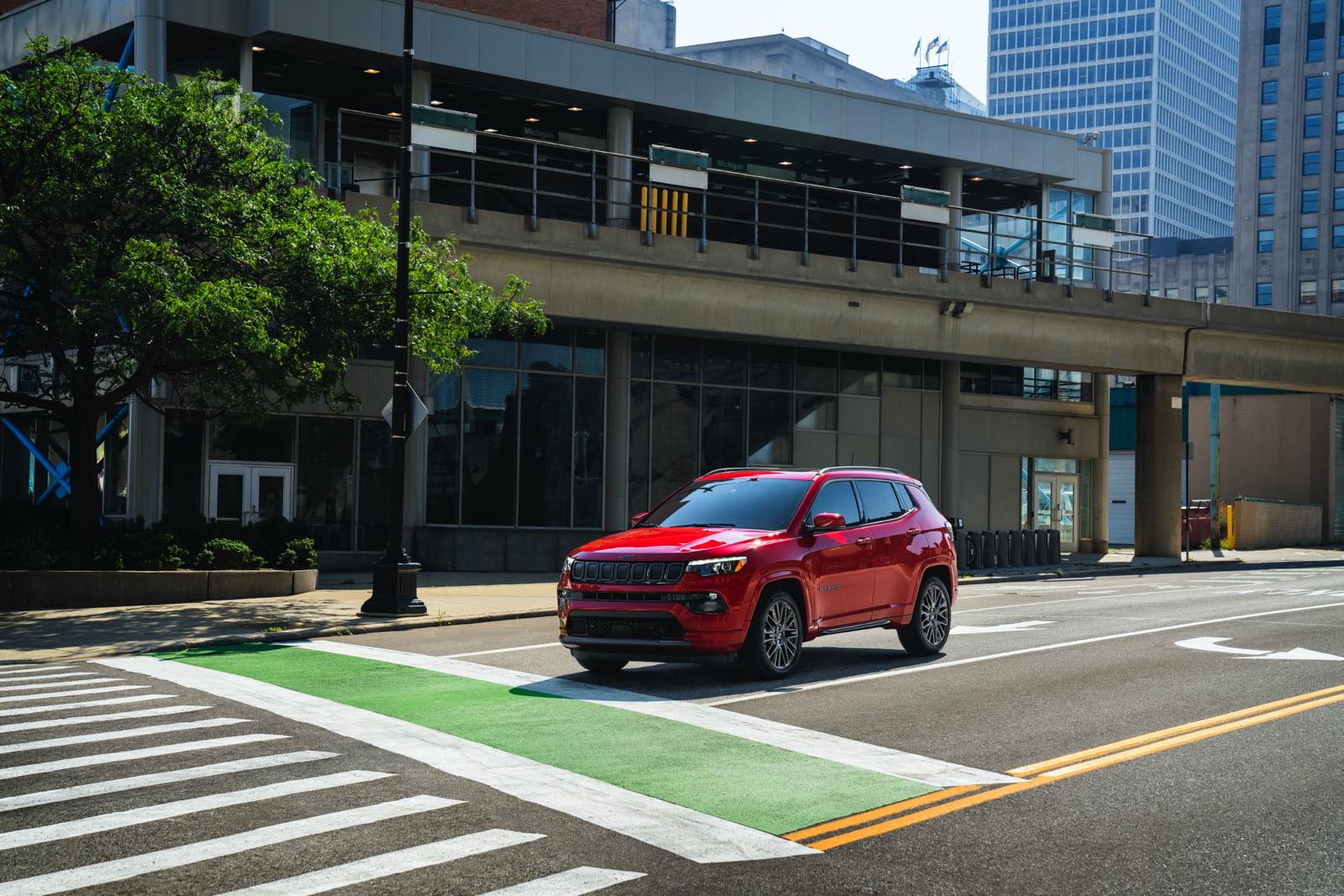 Jeep’s brand marketing folks were very clever as they expanded the scope of the name across a whole bunch of platforms.  As long as you attach the Jeep brand name and design a front fascia with a seven slotted grill, pretty much anything can be called a Jeep.  Remember the Jeepster?  I don’t. But look it up and you kinda’ catch my drift.

All Jeeps derive from the iconic World War II Jeep that has evolved into the Wrangler of today.  It’s a vehicle that seems to be on the bucket list of so many drivers and for good reason: it’s a helluva fun vehicle to drive.  But what if you could drive a Jeep that’s cheaper than a Wrangler, one that’s quiet and smooth but not as large as the Cherokee or Grand Cherokee.  Ah, that’s the idea behind the Jeep Compass.

The first Compass hit American roads back in 2006, based on the same platform as the Dodge Caliber.  It had rounded edges and certainly wasn’t designed to go off-road.  As a car built to attract first-time buyers to the Jeep brand it fit thet bill, but it was by no means “Trail Rated”.

Jump ahead about fifteen years and we get to experience the refreshed Jeep Compass, that’s both “Trail Rated” and far more substantial than the first edition. It’s actually a big improvement and really a pleasure to drive.  Recently I had the opportunity to test drive a Velvet Red Pearl 2022 Jeep Compass Latitude 4×4 that came with a $35,355 price tag, which is a little less than $10,000 over the base model Compass.

Only one engine option is available across the Compass trim line, a 177 hp, 2.4-liter Tigershark I-4 engine with the MultiAir2 electro-hydraulic, fully variable valve-actuation system. Depending on which model trim you choose, the engine is mated to either a nine- or six-speed automatic transmission.  Although the amount of horsepower is hardly overwhelming, I never felt a lack of power when driving down the highway.  And EPA estimated fuel economy is pretty good, with the Compass getting 22 mpg in the city and 31 mpg on the highway.

What impressed me the most and made me a Compass convert was the interior.  For some years now, the Ram light-duty pickups have outshone their competitors with stunning interiors.  Looks like the Ram interior designers may have migrated over to the Jeep end of the building in Auburn Hills because the Compass interior is pretty darn nice.  The cabin features a new 10.1-inch Uconnect 5 center stack display, a new available 10.25-inch frameless full-color thin-film transistor digital cluster and plenty of storage for whatever you bring along on the ride.

The driver and front passenger seats feature available heated and ventilated elements, and for the first time heated seats are available in the Compass’ second row. The second row is quite roomy with plenty of legroom.  There is no third-row option.

The much-improved interior of the Compass removes the stigma of the typical bare minimum feel of an entry vehicle.  Although it’s hardly a new luxury vehicle, the newest Compass interior is comparable to a luxury vehicle of the last generation.  I was sorry to have to leave it after a week-long drive.