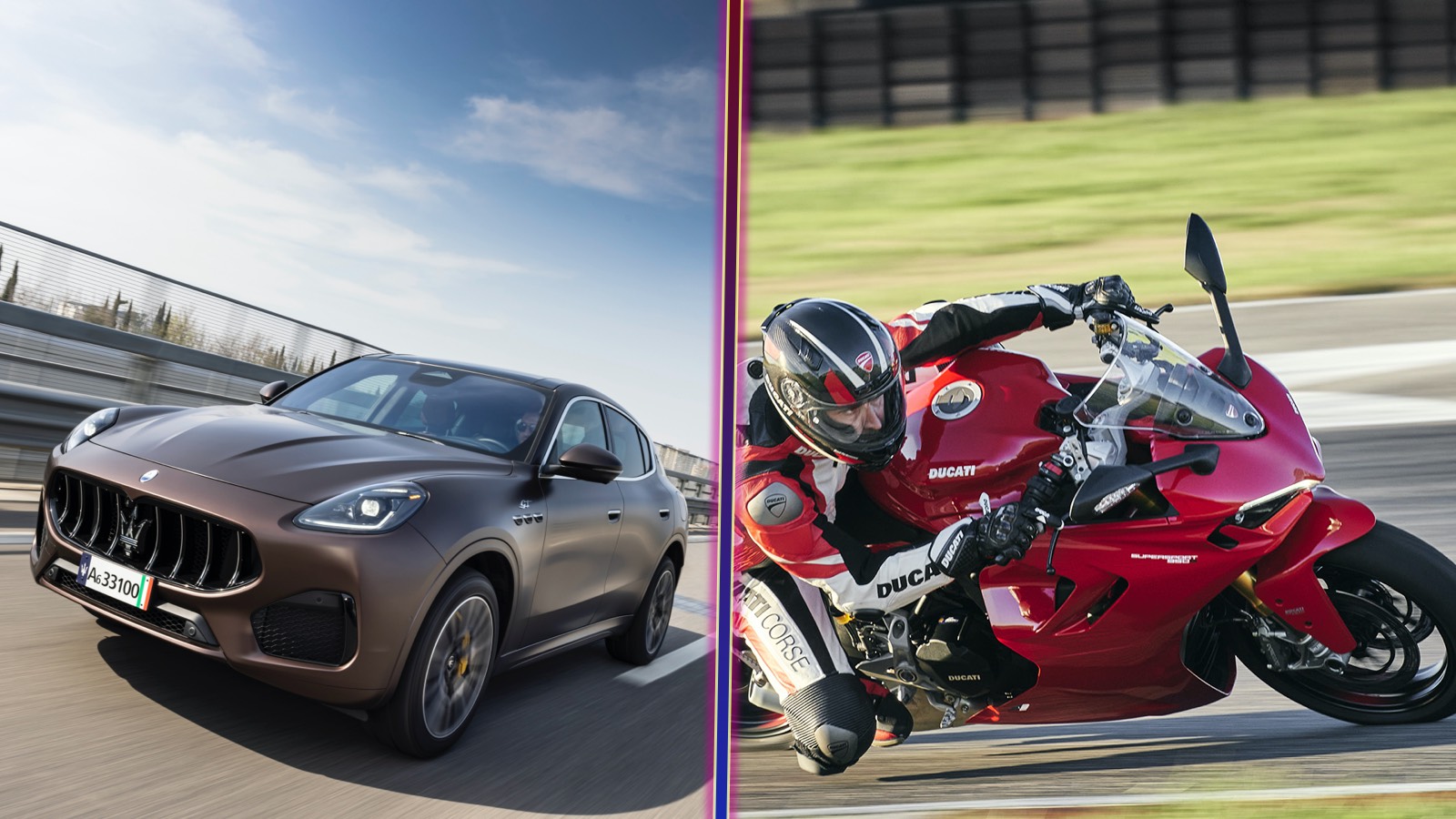 As any fan of Ferrari will tell you (for as long as you’re willing to listen), there’s something very special about Italian design and construction. And that ‘special’ runs the gamut, from interior furnishings and office equipment to bikes, motorcycles and, of course, cars. And while many Italian products are above and beyond the reach of the working class, one that is within our reach is Ducati, Italy’s pre-eminent maker of motorcycles.

I first became acquainted with Ducati at George Brown’s motorcycle showroom on Main Street, near downtown Dallas. In my move from Indiana to Dallas I had my recently purchased BMW shipped there, and in picking it up I saw – I think for the first time – Ducati motorcycles in the metal. And I gotta’ admit, I was transfixed. From the mass-market, two-up GT to the 750 Sport and oh-my-God 750 Super Sport, Ducati’s L-Twin powerplants, bevel driven overhead cams and neighbors-be-damned Conti exhausts added up to an exotic appeal just this side of Ferrari’s Dino. I took delivery of my /5 BMW, but the emotional die was cast. My brother would subsequently purchase a fresh, pre-owned 750 GT, while I’d later have Ducati’s 860 GTS, 900 GTS and – very briefly – a Mike Hailwood replica.

Like Ferrari and Porsche, Ducati’s history begins at the end of World War II, when Italy and its people were picking themselves up by their bootstraps. Cars were built in very limited numbers, and generally sold at stratospheric prices. Bicycles were the best bet, and bikes with power assist were – of course – even better.

The history of Ducati, both as an electronics maker before World War II and from the rubble of post-World War II, is well chronicled by author Ian Falloon in the recently released second edition of THE COMPLETE BOOK OF DUCATI MOTORCYCLES. In this second edition, published by Quarto Publishing, Falloon, provides a model-by-model history, beginning with the Cucciolo T1 of 1946 through the recently announced DesertX, arriving in showrooms at about the time this is written. Throughout its 75+ years of history Ducati and its fans have endured the predictable number of ups and downs, but the passion survives. And while I’ll probably never own another Ducati motorcycle, my brother continues to own that same ’74 GT, and I’d love a Ducati eBike.

THE COMPLETE BOOK OF DUCATI MOTORCYCLES can be ordered from your local bookstore. And more info is available at Quarto.com.

If Ducatis constitute a Plan B for the Ferrari fan with just a 5-figure annual salary, then Maserati serves as the Ferrari substitute for those fans with a need for four doors. From the now-iconic Quattroporte to its almost-accessible Ghibli sedan and Levante SUV, Maseratis are for those with automotive passion combined with a daily driver pragmatism. And despite a somewhat checkered history in these United States, of late Maserati is on a bit of a roll.

New evidence of that renewed confidence is the very recent intro of its Grecale SUV, taking dead aim at the Porsche Macan. At a dealer-sponsored preview last weekend, Maserati execs provided a look at all three Grecale trim levels. It begins with the $63,000 GT and works its way up through the mid-level Modena at $73K and the top-of-the-line Trofeo at just over $102K.

That is, of course, quite the walk; happily, all three Grecales seem to talk the talk. With a footprint that closely mimics Porsche’s Macan, the Grecale’s sheetmetal is more overtly sculpted, while the interior provides a more generous serving of rear legroom. The end result remains, however, closely coupled, and if moving the kid to college you will still want to rent a minivan.

Under the hood both the GT and Modena offer two liters of turbocharged four, along with a mild hybrid assist. Horsepower is 296 for the GT and 325 for the Modena, with 0-60 times of 5.3 seconds and 5.0 seconds, respectively. The Trofeo, with a twin-turbo V6 similar to that which propels Alfa’s Stelvio Quadrifoglio, delivers 523 horsepower. If going in this direction, keep the name of your attorney on speed dial.

When building my own Grecale (as if…), I’d pop for the base-level GT, add the handling package, giving me a limited slip and Skyhook suspension, and be out the door for under $70K. And if you’d care to order same, ideally in Maserati’s Bianco Astro with Marrone interior, I’ll buy it from you at the end of your lease.

THAT’S IT FOR CIAO!