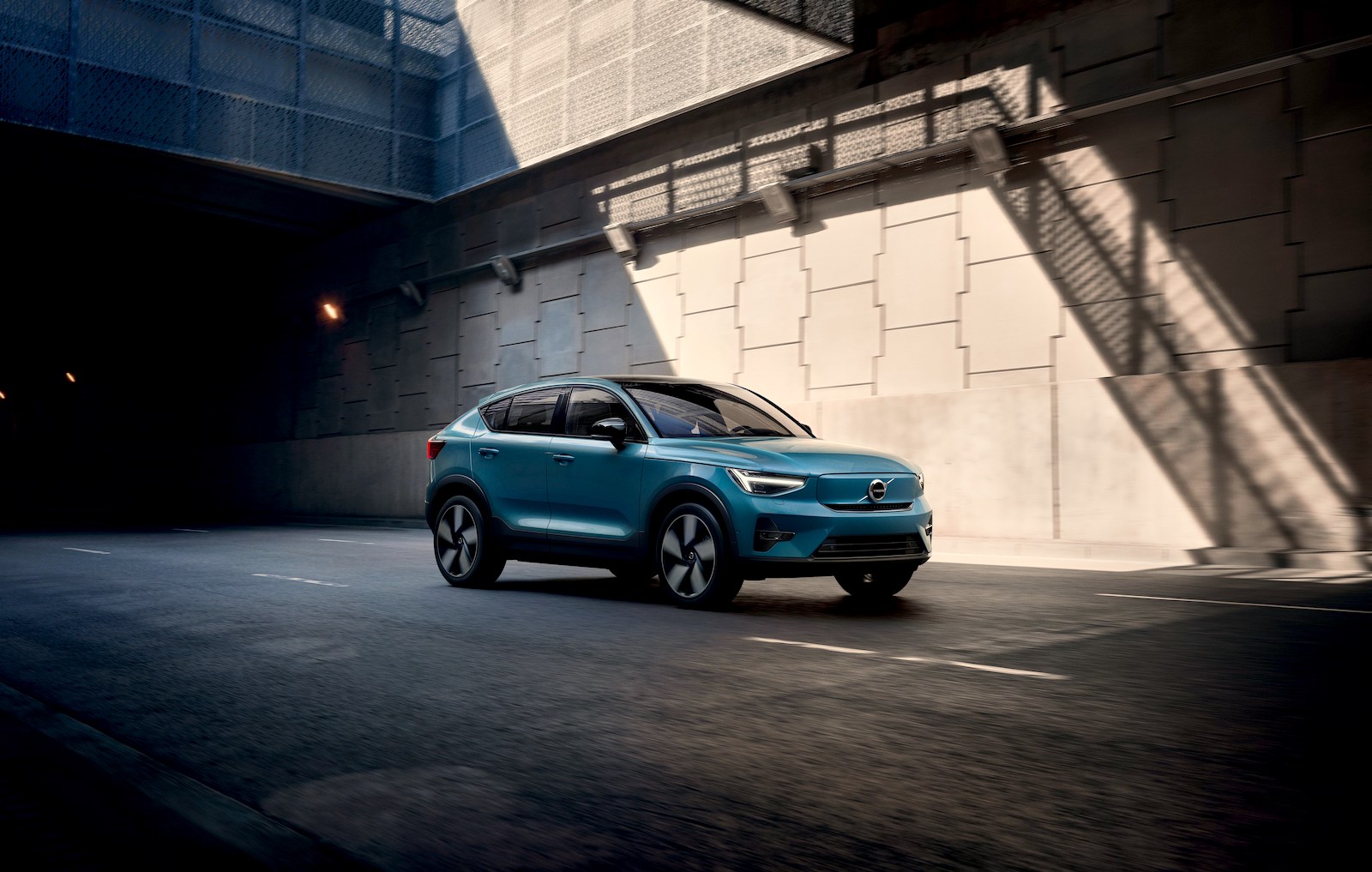 I’m at Trader Joe’, parked next to a Volvo V70 wagon – and across from an older Tesla Model S. As the Tesla’s owner gets into his EV, he’s taking a long look at our C40 Recharge EV, Volvo’s first all-electric platform. And he takes another look, perhaps thinking it’s time to move on from his Tesla, perhaps thinking it’s time to move on from Tesla. And while Volvo’s all-new C40 Recharge isn’t intended as a replacement for the Model S, it can certainly be considered an alternative to Tesla’s Model 3 or Model Y crossover. As you might guess, these are exciting times for the EV industry, and about to be far more confusing for the EV intender.

In a Volvo press release from last winter (March 2021), the company reaffirmed the future of Volvo Cars: It’s electric, and the new Volvo C40 Recharge is the latest manifestation of that future – one which features zero emissions and limited dealer interface, as it’s offered only online. The release also notes that the C40 Recharge has ‘all the benefits of an SUV but with a lower and sleeker design.’ And on that, we’ll politely disagree…

In the walk-up the C40’s differentiation from the XC40 is obvious: The C40’s greenhouse is smaller and more restricted, while the hatch has been configured into a fastback. I’m sure the design and marketing teams find this configuration ‘sporty’, but I’ve always thought that if you want sporty, whether on an Audi, Benz or BMW showroom, the SUV-based ‘sport’ model isn’t the way to achieve it. Why (ostensibly) emphasize sport at the expense of utility, as these ‘sport’ crossovers do, when the combo of sport and utility is better served with a wagon? And while wagons are in short supply, Audi, Mercedes and Volvo still build them.

With that behind me (thanks for listening!), the C40 Recharge’s footprint is handy, and while hauling stuff may be compromised, the fastback hatch doesn’t seem to have compromised passenger comfort.  Volvo is proud to offer a 100% leather-free interior, something almost everyone (except – perhaps – the Chick-fil-A chickens) can get behind. And those materials used only magnify the serenity of our test vehicle’s Fjord Blue metallic. This is a car that, in the walk-up now or 60 months from now, puts you and your passengers at peace. Serenity now? Consider the C40 Recharge…in Fyord Blue metallic.

As you’d guess, there’s as much tech as expected in a new intro priced at $60K. Volvo claims the C40 to have one of the best infotainment systems on the market, developed with Google and using the Android operating system. Of note, although also predictable: The C40 Recharge will receive over-the-air software updates, improving its performance even after leaving the factory.

Also of note – there’s no start/stop button! To get going simply put the transmission lever in Drive or Reverse and go. And rather than turning the motor off, simply put it in Park and leave! What could be easier or – if unschooled – more difficult to discern?

Propelling the C40 is an all-electric platform offering two motors (one on front and one on the rear axle), standard all-wheel drive, 200+ miles of range, and a 0-60 time (per Volvo) of 4.7 seconds. The horsepower and torque are predictably prodigious: 402 (combined) horsepower and 487 total pounds of torque. And the whole bundle can be taken from a 10% charge (DON’T EVER let it get that low!) to 80% in as little as 37 minutes.

My own charging was limited, as over the Memorial Day weekend my driving was limited. At an Electrify America charging station near us, I plugged in at 60% and, $16 later, had returned to 100%. The process was relatively easy, although the first charger in the bank of stations didn’t work, and I was surprised to find a $50 on the MasterCard at the conclusion of the session. That apparently was a hold on the card, subsequently reduced to the actual $16 cost. Of note: At a commercial fast-charging station, you’re not saving any real money. I had driven less than 100 miles, and ‘refilling’ was equivalent to three gallons of gas. My wife, driving a 40-mpg Toyota Venza that same 100 miles, would have paid no more for that gas…and possibly less.

But at this point, driving an EV is more than just cost savings. And with a $60K window sticker, there’s quite a bit to consider, even after securing your $7500 tax credit. Volvo offers a neat package in its C40 Recharge, although I’ll continue to prefer the packaging in its XC40 cousin.