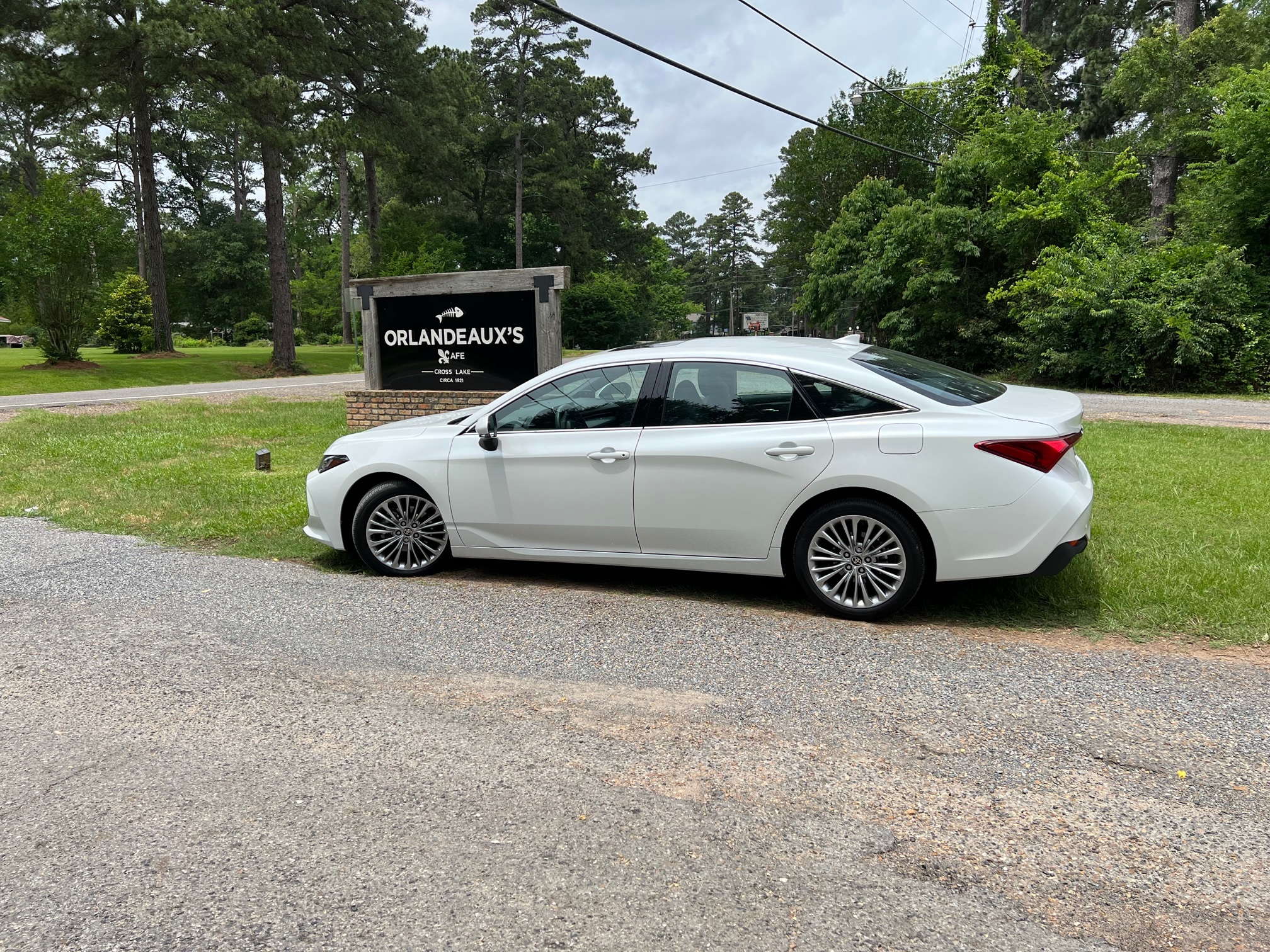 all photos by the author: Alan Pease

Not Your Father’s Catalina

It seems like the Toyota Avalon has been around forever. Probably, because it has.

But the Hybrid version is only just now celebrating its 10th anniversary. And what a year for that, as gas prices top $4/gallon and diesel prices run about $1 more. Hybrids and full electric vehicles are suddenly commanding center stage.

Still, I’m not ready to plug in just yet. I prefer hybrids that don’t need a tether.

With that in mind, and the fact that I rarely venture into automatic transmission territory, I found myself in Dallas the last full week in May with some time on my hands, and an urge to wrap those hands around the steering wheel of a hybrid. Enter the 2022 Toyota Avalon Hybrid 4Dr Limited.

Starting with an MSRP of around $44,000 and topping out just below $47,000, the test car – a Toyota Avalon Hybrid Limited – was well-equipped. Of note: The Toyota website “Build” price and the base sticker on my car differed by about $1000, with the website higher; there can be several reasons for that. But no matter the reason, it’s clear that – to paraphrase an old adage – it takes money to save money. And it may be difficult to find a hybrid right now. And that’s any hybrid, not just this one.

Statistically, over five years you would save about $2500 compared to the average new vehicle (in the same size category), according to the EPA. But that’s with fuel prices based on $2.35/gallon and driving 15,000 miles per year. But with the current fuel prices almost double that amount, it’s likely to be much more of a savings than shown. And in some cases, it may make the difference between going somewhere or staying home.

The good news: Toyota’s official fuel economy estimate of 43 City/43 Hwy/43 Combined was just about right. I consistently got 42-43 miles per gallon in my 500-600 mile test drive, regardless of terrain, traffic or weather. While I didn’t have the Hill Country near Austin that I prefer, I did have plenty of roads to choose from in North Texas and three surrounding states. And plenty of weather as well.

The advantage of testing in Dallas is that Oklahoma, Arkansas, and Louisiana are just around the corner, or over the hill, or just across the bayou.

The Avalon felt right at home on a variety of roads, which surprised me. While it’s far from being a sports car, it does have a sport-mode transmission selection, should you feel the need for speed. Or – more likely – you simply enjoy shifting the 8-speed automatic yourself, instead of letting the trans programming make those decisions for you. The Avalon platform is also the beneficiary of really decent braking, using 12-inch power-assisted ventilated disc brakes up front in combination with 11-inch power-assisted solid disc brakes in back. Despite monsoon-like conditions on one day, coupled with heavy traffic at times, the Avalon held its own in the stopping department.

But most of the time I simply enjoyed the surprising power delivery of the 2.5L 4-cylinder DOHC engine, which teamed with the 88kw electric motor to get me where I wanted to go.

I’m a big fan of things like Automatic High Beams, Blind Spot Monitoring, Rear Cross Traffic and Lane Departure Assist. All of these (and more) were included in the Toyota Safety Sense 2.5+ package on my test car. The Blind Spot Monitoring is especially helpful, since the right rear passenger headrest blocks much of the exterior traffic view that I would typically get by turning my head and just looking.

Premium audio fills the interior of the Avalon, like The Blues Brothers filled The Palace Hotel Ballroom. Only Avalon does it by using 14 strategically-located JBL speakers, a subwoofer, and an amplifier. Go get ‘em Jake and Elwood – an Avalon is hot on your tail.

There’s a touchscreen, of course, and in the Avalon, it has a nine-inch display. Apple CarPlay, Android Auto, and a wireless smartphone charger are there as well.  There’s even a heated leather steering wheel, plus premium leather heated and vented front seats. And there’s a heads-up display that, among other choices, includes a simultaneous speed limit, speedometer, and compass reading projected onto the windshield, without being obtrusive. The compass heading has become ever more necessary in today’s connected world, since following smartphone directions like “head southeast” require you to first know which way is southeast. (Amen. Ed.)

Bottom line: The Avalon delivers a comfortably spacious all-day highway drive, or a commute to work, or a trip to the local grocery store to get a quart of milk. And that’s what it’s designed to do, along with delivering consistently good fuel economy at the same time, and without requiring you to plug in anywhere along the way, or when you get to where you’re going.