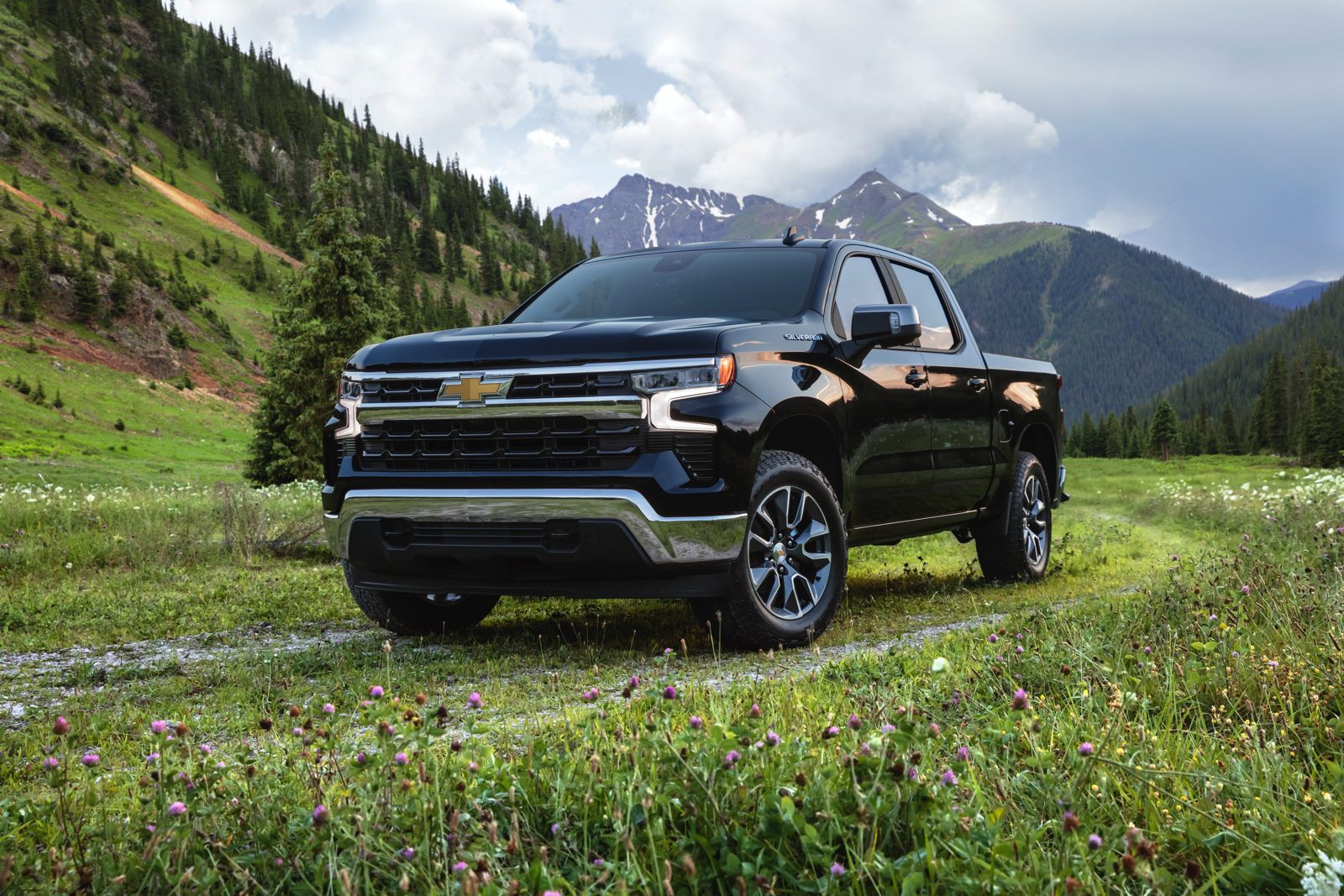 Gettin’ Better All The Time

Of humankind’s many destructive delusions, none will prove more costly than the idea that gas was ever cheap.

This notion struck me this week as I listened to a Bloomberg News report about East Texas cattle ranchers in “panic mode” to liquidate herds as the prices of feed, fertilizer, and fuel soar alongside temperatures that are turning hay pastures into dust bowls.

Do you think beef prices are high now? Wait a few months. The price you pay at the pump will continue to be a small slice of what subsisting on carbon-based fuels costs us and those who follow.

Oh, it would have been quite simple to avoid thinking about such things. After all, I was pleasantly cool and comfortable inside the redesigned cabin of the Chevrolet Silverado LT. Premium materials, a 12.3-inch digital gauge cluster, and a wide, 13.4-inch touchscreen infotainment system give the 2022 Silverado a contemporary feel.

Comfortable seats and a powerful cooling system made the triple-digit atmosphere on the other side of the tinted windows seem like an other-worldly experience. Yet, when I scrolled through the information windows, there it was.

Despite coming equipped with GM’s innovative, turbocharged 2.7-liter four-cylinder engine, the Silverado was averaging 14.3 mpg around town. “Who,” I wondered, “would deliberately buy a vehicle that burns nearly seven gallons to go 100 miles?”

I have no real answer, but some people do, because Chevy sent me a $52,000 crew cab powered by a four-cylinder engine. I get that this is an attractive option because it saves some $1,500, which can be spent on other options, but one worries about the longevity of small, high-pressure engines and the trade-in value of a pickup powered by one.

Having had several conversations with people outraged by the amounts they are paying at gas stations, I have discovered that few seem to be aware that fuel economy is not only a public record, it is posted conspicuously in the window of all but heavy-duty new vehicles.

Even if one buys a used vehicle, the EPA’s estimated fuel economy ratings are available at fueleconomy.gov. People love to argue with statisticians, particularly statisticians employed by the government, but this is mainly because statistics is an established field of mathematics with tested methodologies and proven principles; it gives us headaches just to think about it.

For now, let’s just go with Consumer Reports and other independent testers, who generally agree that the EPA pretty much gets it right. Over the years, my data trends closely to the EPA’s, but I’m a retired math teacher, so right there we know I can’t be trusted.

All of which leads to this: the fuel economy ratings for Chevy’s four-banger are a head-scratcher. The EPA says the engine can deliver a combined 20 mpg when bolted to an 8-speed automatic transmission. Add in 4WD and mud-terrain tires like our tester, however, and the EPA estimate drops to 17 mpg, a number we did not attain, nor did Car and Driver in its testing.

Consumer Reports tested the diesel and found it got around 23 mpg. The Duramax gets good reviews across the board for smoothness and towing ability, but CR makes the point that its increased fuel economy will require nearly a decade to justify its extra cost because of the premium price of diesel.

The 6.2L delivers the greatest towing capacity, up to 12,000 lbs. in the right configuration. Chevies have long been known for low-end grunt and the 5.3L and diesel are also excellent towing workhouses.

Fuel economy aside, we found the Sierra to offer an altogether pleasant drive. With 439-lb-ft of torque the truck is smooth, powerful, and as quick as a scalded cat accelerating into traffic. Steering is taut and well-balanced. The truck exhibits little body lean. Yes, it’s big, but it goes where it’s pointed.

The same cannot be said of the ride. Like Ford, Chevy continues to employ leaf springs in the rear, unlike Ram’s coil-over-shock, multilink rear. The former two are bouncy, especially for rear-seat passengers.

That’s one reason why independent testers like Consumer Reports and U.S. News and World Report continue to rank the Ram 1500 as the king of the American pickup hill. That includes the all-new Toyota Tundra, which still gives ground on creature comforts and work capacity.

The Silverado also suffers from a reliability image issue. According to Consumer Reports, redesigns in 2016 and 2019 came with engine, transmission, body hardware, braking, and drive system issues.

On the other hand, getting Ford and Chevy owners into other brands’ trucks is a lot like getting the Methodists and Baptists to switch churches on Sunday. It happens, but when it does everybody notices because it’s so rare.

This is a fraught time to buy any new vehicle right now because of supply chain problems. If you’re looking for a deal, however, Chevy has cash incentives on a few pre-facelifted 2022 Silverados identified as “LTD” models.