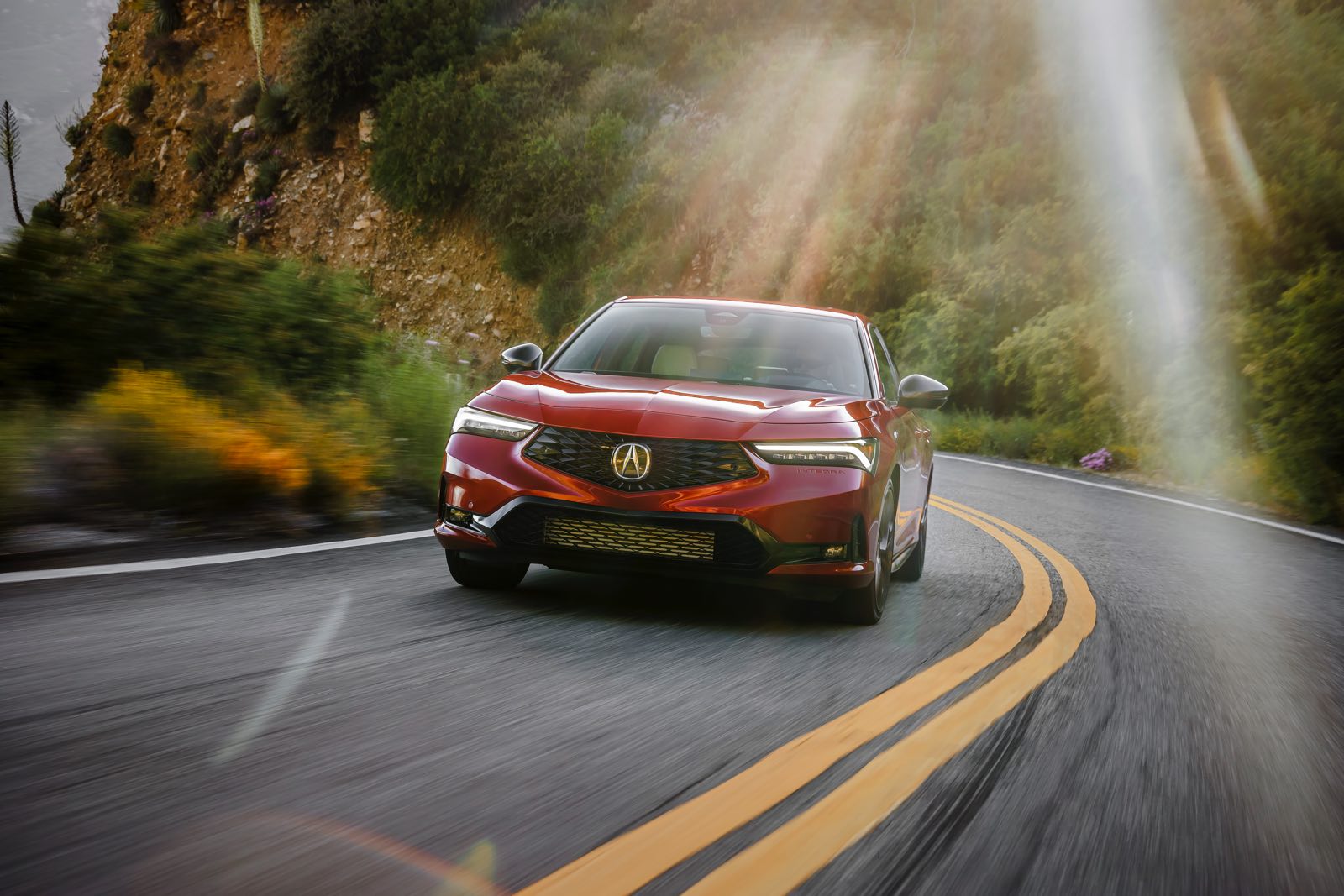 If born before 1996 you’ll have little memory of Acura’s beginnings. Honda was the first of Japan’s ‘Big Three’ to move upscale with a luxury division, launching Acura in 1986 as a competitor to the near-luxury models of BMW, Mercedes and Audi. And while it hit the showroom with just two models – a 4-door luxury sedan dubbed Legend and a 2-door Civic-based hatch it called Integra – the Honda offshoot hit those new showrooms running; the Legend captured those wishing for a more luxurious, capable Accord, while the Integra picked up Honda intenders finding the Civic too base and the Accord too large. Until Honda started to rethink its initial branding, going alphanumeric without a plausible reason to do so, all was well on Honda’s new Acura showrooms. And with the intro of an all-new Integra 5-door, Acura and its dealers are hoping those good times return.

Initial online reaction to this new Integra, which effectively replaces the oft-overlooked ISX in Acura’s lineup, was decidedly mixed – but then, that’s what ‘online reaction’ most often is. Remembering Acura’s RSX hatch, which replaced the first Integra in the Acura lineup, I was hoping for a 2-door, something more close-coupled than the 4-door liftback Acura has put into production. And given that all four trims are north of $30K, I was also hoping there was more than 1.5 liters of turbocharged four under the hood. But you know what they say about ‘hope’…

What sits on my driveway is a surprisingly attractive mix of conservative sheetmetal, upscale appointments and – not to be overlooked – that conventional, internal combustion drivetrain. Yup, that’s right – a careful search of under the hood, its cargo area and spec sheet offered not one reference to a battery, plug-in or the accompanying range (anxiety). Instead, the Integra boasts a front-wheel drive platform not too different (at least in its layout) from what my wife and I had in our garage in the mid-‘90s, a Civic EX 4-door with manual transmission, while in its footprint the new Integra is almost an exact overlay of the ’94 Accord; its only significant difference is a width two inches wider – at 72 inches – than the Accord’s. (But then, I think I’m two inches wider…)

That conservative sheetmetal is more engaging – and engaged – than the early pics had suggested. While the Integra’s profile is similar to that of its Civic stablemate, the Acura has a substantial presence more appropriate to its near-luxury positioning. And to Honda’s credit, there’s no affectation in its front fascia (although, in my view, too much front overhang), and no fake scoops or outlets slapping you in the face. Despite its low height and minimal ground clearance, your entrance and exit are comfortable and not impeded. And subjectively, I love the rear ¾ view, where the Integra exudes a mature athleticism.

Once inside, I enjoyed the red interior, with front seats upholstered in a grippy microsuede, while the leather rear seat allows the kiddos to spill Cheerios in the rear. This is a spacious interior, with generous shoulder room in front, a reasonable amount of legroom in the back and some 24 cubic feet of cargo area behind the rear seat. That rear seat folds, and should supply enough room for a bicycle or semi-comatose friend, depending – of course – on what you do in your off hours.

The gauge display is clean, while infotainment controls are largely intuitive. Like Honda and Acura models before it, the Integra seems to reflect both Asian and European design philosophies, all of it coming to you from Honda’s plant in Marysville, Ohio.

Under the hood Acura’s deliverable is nearly identical to the turbo four offered on upscale Civic trims, albeit with an additional 20 horsepower. And while I would have loved an Integra with a full 2.0 liters of displacement and around 250 horsepower, the balance Acura achieves between performance and efficiency seems appropriate to our life and times: Think 26 City/36 Highway and 30 combined for the 6-speed manual, and 29/36/32 on those models equipped with a CVT automatic. Performance is augmented by three driving modes; if wanting to truly annoy your spouse, go ‘Sport’.

As I’ll typically note with any car review, one can forget how connected you feel behind the wheel of a balanced platform with a low center of gravity. The new Integra delivers that balance in a completely linear way, with a suspension that’s settled and steering well connected. The only caveat I see are those cars showing up from Korea, with an Elantra N sitting on Hyundai’s showroom, the Stinger 4-door hatch residing on Kia’s and – for not too much more – a base Genesis G70. The Acura represents more refinement and, on some level, maturity than the Hyundai and Kia; those cross-shopping will probably visit Audi or Mazda showrooms before heading off to Seoul. But it’s something Acura’s product team should be considering.

In the interim, I’ll take my Integra A-Spec – with 6-speed manual – in Liquid Carbon Metallic, with the rapturous red interior. It would be a perfect complement to the ’21 Miata on the other side of the garage. But then, I’d have to sell the Miata…