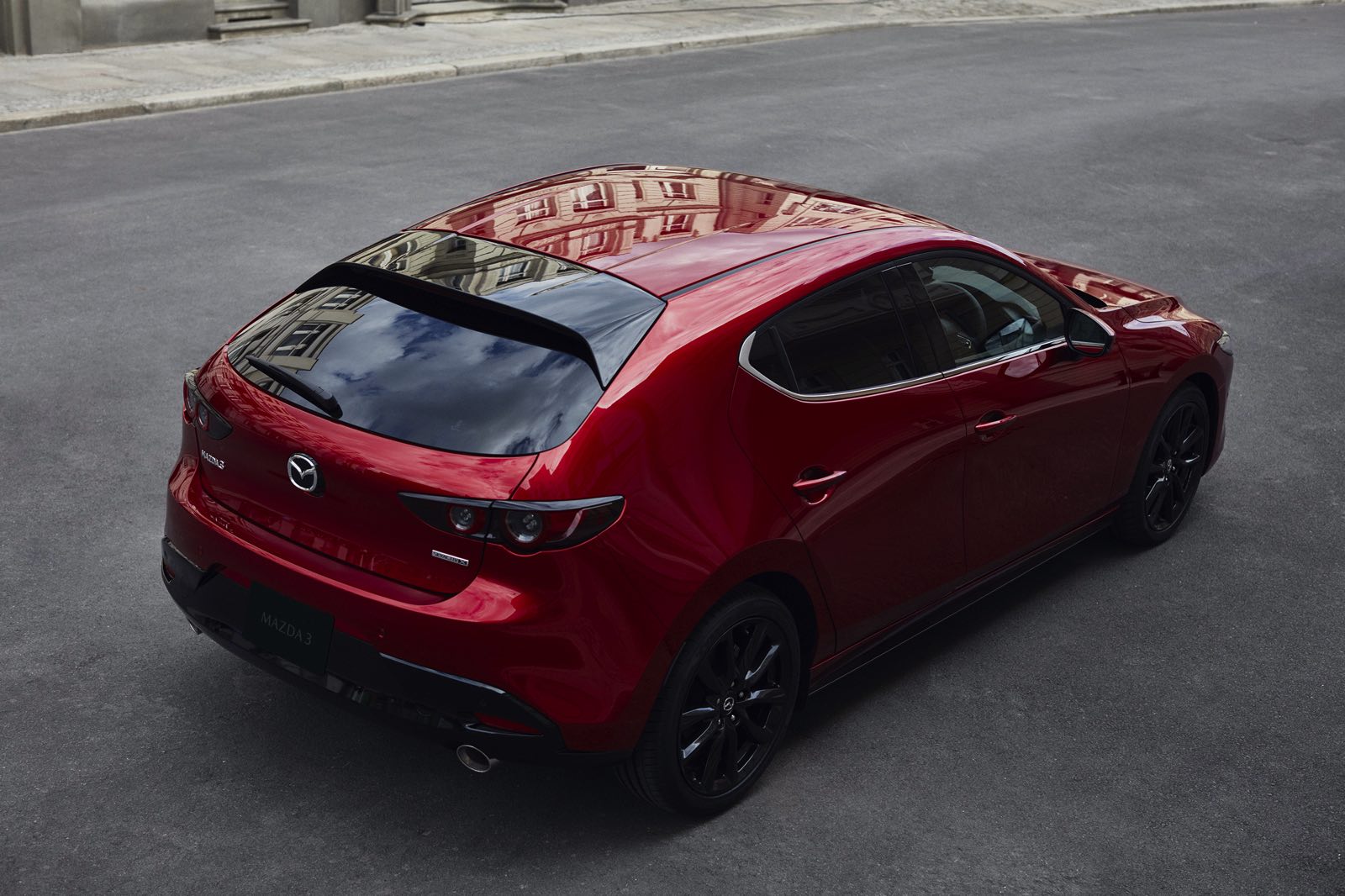 BUILD ONE FOR ME

Santa Clarita, CA – Mazda popped onto my personal radar with its introduction of the RX-7, sometime in the late ‘70s. Built on a tight footprint and offering rotary power, the RX-7 had a just-right vibe (without, of course the vibe – it was a rotary) far closer to that of the Lotus Elan than Datsun’s Z or Toyota’s Supra. In the ‘80s my folks owned Mazda’s GLC – a Great Little Car, and that’s referenced in this context: Combine the performance envelope of the RX-7 with the utility of a GLC and you have, some 40 years later, the Mazda3 hatchback with turbocharged power. Who’d a thunk?

The Mazda3 was added to our automotive resume with the 2005 purchase of a 4-door hatchback for our then-in-college daughter, who had tired of walking around Boston – she wanted to drive around Boston. And for that the Mazda3 footprint was perfect; small enough to easily park but with enough substance to suggest a feeling of safety. And that footprint (thankfully) hasn’t changed much in the 15+ years since that purchase.

In the walk-up the Mazda design imprint is immediately apparent, helped in no small part by Mazda’s Soul Red metallic paint. Unlike VW’s GTI, with which it’s often compared, this isn’t a 2-box profile; it’s a fuselage, with more visual connection to Boeing than Wolfsburg. This is as fluid as the sport hatch will probably get, and there is absolutely nothing extraneous in its profile or detailing, which is again unlike today’s GTI; the VW has added an aero affectation in its Mk 8 that some may like, but I personally don’t care for. If there’s one thing I’d change in the design of the Mazda3 hatch is the amount of front overhang – I wish they’d reduce it in the way that Audi seems capable of reducing it.

Inside, the initial impression is personal rather than expansive, made more so by the hatchback’s black leatherette and minimal glass area. The culprit is both a high beltline in the rear and the very thick C-pillars; in profile this is almost a sedan delivery rather than a compact hatch. But the rearview mirrors, in combination with the rearview camera, minimize the risks – if not maximizing the outward visibility.

Behind the wheel the driver has a real sense of control, with a mostly- analog presentation from the dash, immediate steering and an almost sublime balance of ride and handling. This is no longer the hot hatch provided by MazdaSpeed back in the day, but then, neither will it rattle your fillings on most marginal surfaces. As I’ve noted in recent reviews of Mazdas, there’s almost a Euro feel to the way the Mazda3 goes down the road, and the sensation makes the idea of getting-the-hell out of town that much more attractive.

The bonus with the Mazda3 hatchback is the available turbo power in combination with all-wheel drive. Although Mazda could easily dial up the boost and (presumably) supply something closer to 300 horsepower, it instead dials down the excitement without diminishing the capability. On premium fuel the 2.5 liters of turbocharged four provides 250 horsepower and 320 lb-ft of torque, getting you – according to Car and Driver – from zero to sixty in 5.6 seconds. If inclined to save a few bucks at the pump (and who isn’t?) regular unleaded reduces horsepower to 227, but that slide is hardly perceptible in regular driving. But again, this is real performance delivered in an adults-only package; those of you wanting to do that hooligan thing should stick with Subaru.

The same descriptive would apply to the Mazda3’s handling: The capability is substantial, but falls short of what I’d call classically entertaining. In the same way that a driver can enjoy BMW’s bone-stock 3 Series, the Mazda3 delivers its smiles in the context of miles; this is a car designed for the grand tour and not, notably, the track day or autocross.

With all of that goodness – on the far side of $30K – I’d like to see Mazda return to the Zoom-Zoom days of yore, at least for those of us wanting the M3 4-door or Audi’s RS 3, but not having the $60K (and up!) to get it. Give the Mazda3 prospect a real 300 horsepower, and dial up the suspension to supply perhaps 10% more roadholding with a 10% depreciation in ride quality.

For a roll model, use Lancia’s Integrale (see above), an all-wheel drive hatch born of Lancia’s success in European rallying. In fact, the whole Lancia vibe would easily transpose to a Mazda showroom, where Mazda marketers hope to be compared with the Germans and worry less about the volume-driven Japanese.

With the limited time remaining to sell conventional sedans and hatches to the motoring public, let’s MOTOR. Forgawdsake.