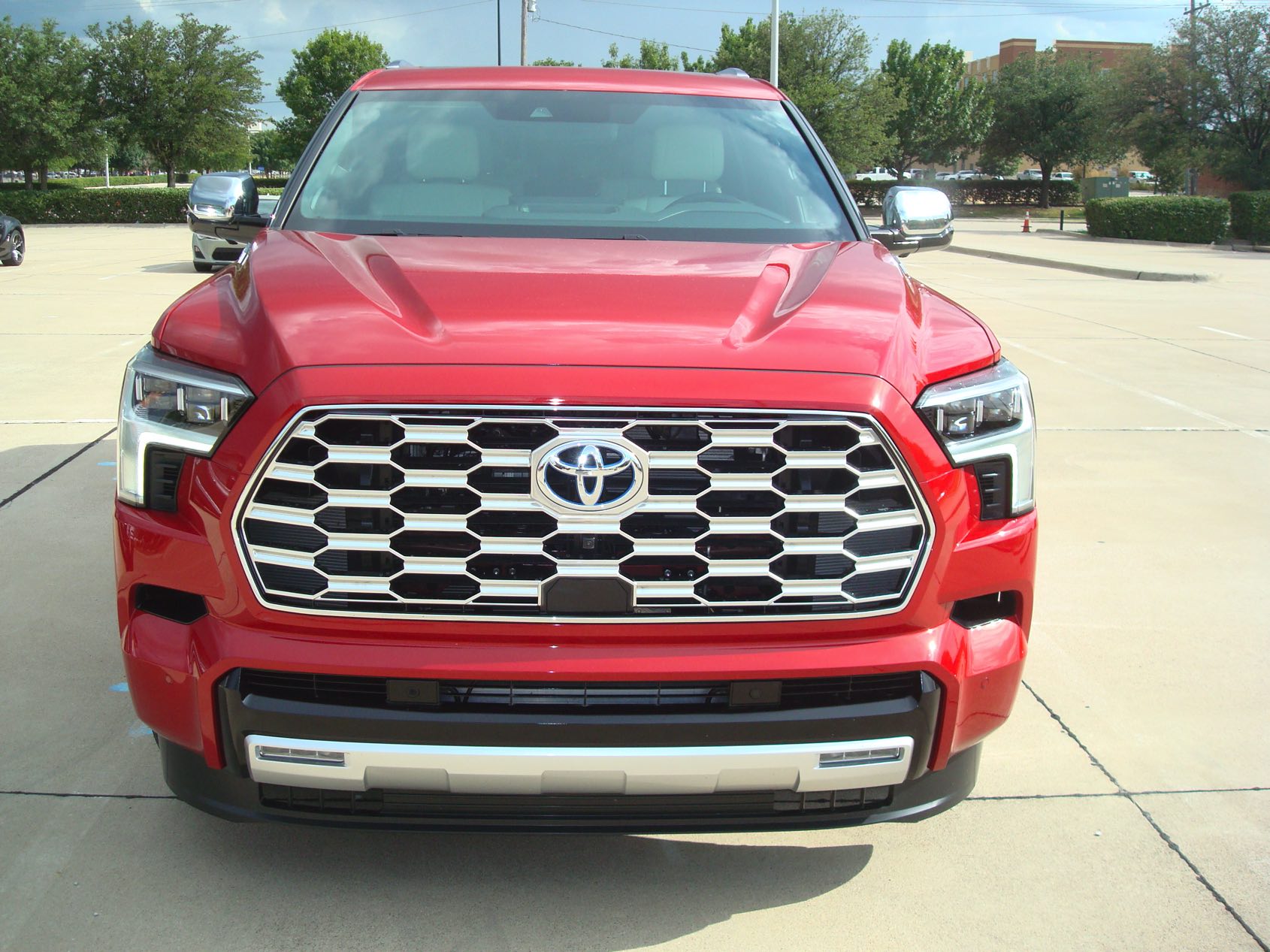 From Toyota, An End-of-the-Year Bonus

This fall brings a newly redesigned Toyota Sequoia. And to those of us paying attention to the full Toyota lineup…well, it’s about time! Obviously, a redesign comes with a number of changes, but among the most notable change are the updates made to the SUV’s interior; it has been redefined as a luxury SUV. Those Sequoia updates put it on a Lexus level, but most likely constitute a better value.

Our short ride-and-drive was in a prototype, a top-of-the-line Capstone. The fit and finish were as good as any Job One production model. The engine was a 3.5-liter DOHC V-6, twin-turbocharged with water-cooled intercoolers. Horsepower is a claimed 437 at 5,200 rpm, while torque is prodigious: 583 lb.-ft @ 2,400rpm. Recommended fuel is 87 octane, and with a 10-speed automatic the Sequoia performed great.

Also big news is the Sequoia’s towing capability, although we did not have a trailer to get a good feel for how well it will perform. The Capstone model comes with 22-in wheels and P265/50R22 tires. The rear suspension can be equipped with a load-leveling air suspension; the feature is great for towing, but does give the SUV a stiffer ride. There is a tow technology package to help with trailer backing. It also comes with a spa, or, uh…SPA, Toyota’s acronym for ‘Straight Path Assist’. The Sequoia’s towing capacity is 9,280 for the 2WD and 8,980 for the 4WD model. Curb weight is a claimed 5,890 lbs. with 2WD and 6,185 for the 4WD.

The great infotainment system on this model is accessed via a 14-inch touch screen, and features a JBL Premium audio system, standard on the Capstone model.

The estimated cost for this new SUV is between $50K and $70K, which isn’t bad for an SUV of this quality. In the absence of Toyota’s Land Cruiser, which has been discontinued, Toyota’s Sequoia may be a viable way to ‘cap off’ your shopping!