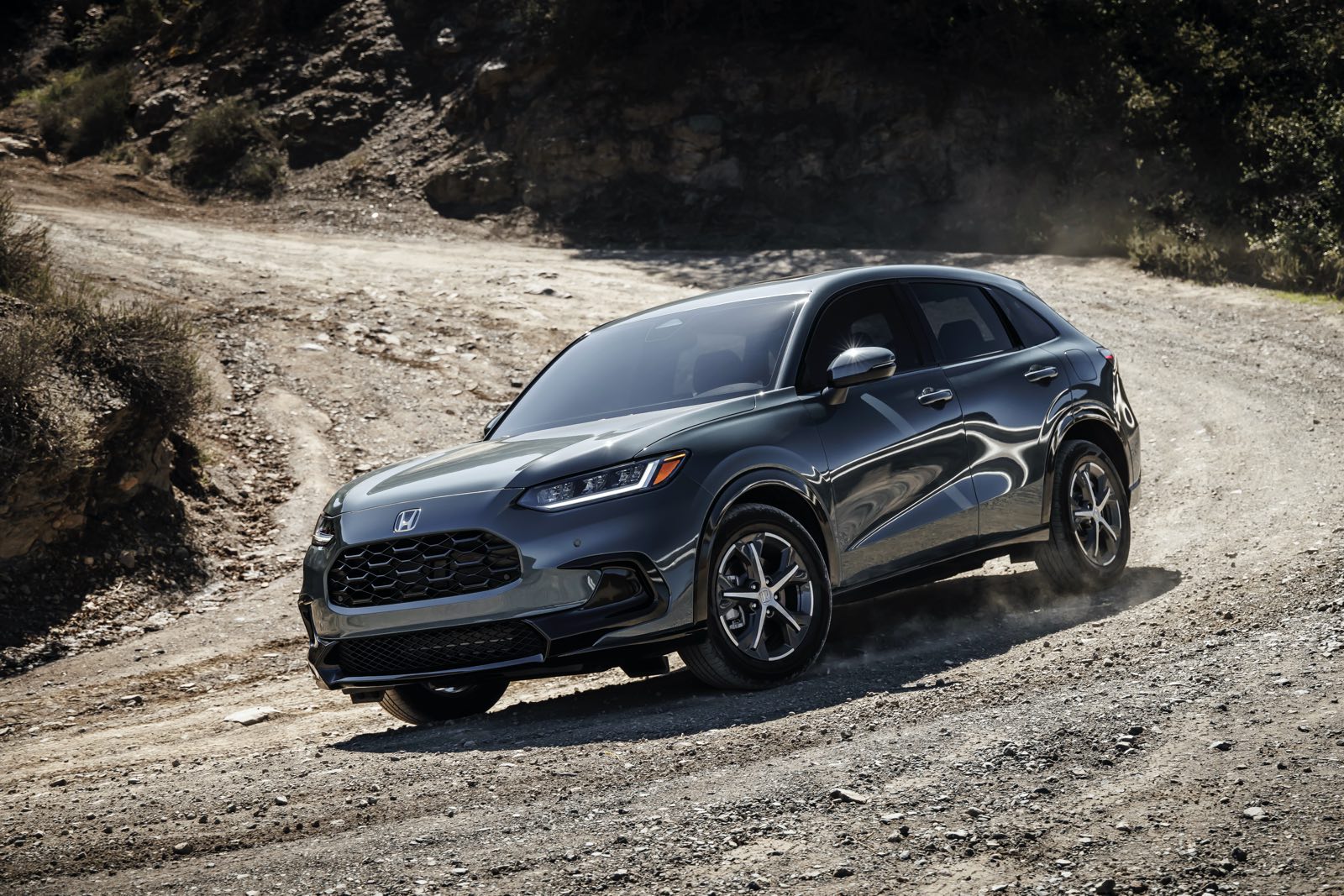 You could, of course, miss it. In what is essentially a deluge (think Fiona) of newly introduced crossovers in these United States, a smallish, seemingly benign intro from Honda might go unnoticed. Until – of course – you remember it’s from Honda, a company that rarely slips on its own hubris. In fact, it’s more inclined to score a run with the bases loaded. And without giving away too much too soon, Honda’s new HR-V is an in-the-park homerun – and with just a tad more power could be a home romp.

The outgoing HR-V was a bit of an outlier, even for Honda. Built atop Honda’s Fit platform, the first HR-V available stateside was a tad too small for the buyer wanting utility, and too underpowered to be a fit for those hoping to pair ‘utility’ with ‘sport’. The win for HR-V enthusiasts was the subcompact’s Magic Seat, which – when folded – could swallow a loveseat, forgawdsake. If moving from the folks to your first apartment, the HR-V would take almost everything that would, uh, fit.

Although I haven’t driven one, the 1st-gen HR-V with front-wheel drive and manual trans seemed like the perfect intown runabout, but you won’t find that in this part of the 21st century. In the reboot of its HR-V Honda’s product team said goodbye to the Fit platform (still available in other markets) and put its newest HR-V on the newest Civic underpinnings. Bigger – as you’d know – is better in these United States.

To its credit, while the new HR-V is more substantial in virtually every metric, it remains appropriately compact when compared to the balance of Honda’s crossover lineup. And while the Magic Seat didn’t make the transition, the HR-V suddenly seems appropriately adult, and fully ready to take on the kids or grandkids.

In the walkup you can easily glean the HR-V’s Civic beginnings, as its sheetmetal is clean and unadorned, the front overhang would seem to be reduced and there are few fake intakes. Regrettably, the wheel/tire combo – in our test EX-L it’s 225/55s on 18-inch rims – is woefully undersized; most shoppers won’t notice, but your correspondent did. Hell, its wheel/tire combo is undersized even with my readers!

Inside, the EX-L’s leather-trimmed seats might have been spec’d (at an earlier time) by Mercedes, while the dash and infotainment are as contemporary as you’d expect, as intuitive as you’d hope. In our top trim EX-L you’ll enjoy an audio system with eight speakers, nine inches of color touchscreen, and all the nanny aids your nanny can fathom. But beyond the design’s integration is the upscale touch on virtually any control; this is a spec for an upmarket model, and not what we normally see at an entry level (under $30K) price point.

Along with the interior’s fit and fitment is the almost perfect step-in for your grandkids or their grandmother, and once seated the HR-V provides plenty of head, leg and shoulder room for everyone but your family’s NBA prospect.

Under the hood there’s more Civic mindedness, as the HR-V receives the Civic’s 2.0 liter normally-aspirated four connected to its CVT transmission. And while I’ve bitched about CVT transmissions in the past and will (probably) do so in the future, Honda’s team has done a good job of making the CVT feel connected to the throttle, fairly immediate to your needs and wants. Admittedly, the 2.0 liter’s 158 horses only go so far in motivating the HR-V’s 3,300 pounds – Car and Driver reached 60 in 9.4 seconds. We’d hope for the Civic’s optional turbocharged four, with 180 hp and 177 lb-ft of torque – or a hybrid drivetrain – in the not-too-distant future.

With a lack of power you’d hope for a bump in efficiency, and in that the HR-V seems – at best – average. The EPA puts it at 25 City/30 Hwy/27 Combined, and our driving (over a week) essentially matched that. Intown stop-and-go showed around 25 on the dashboard, while extended freeway driving gave us over 30. None of that’s bad (twice the efficiency of our ’06 Grand Cherokee), but then, Toyota’s Venza hybrid will deliver 35 to 40. It’s time, Honda, for a hybrid.

With power as the one caveat, the wholeness of the HR-V is compelling. It’s well designed, adequately responsive, carefully constructed and almost vault-like in its feel. This a crossover you can buy for the family and pass along to your kids, taking them from high school to their first jobs after college. And with prices between $25K and $30,000, it could be paid for quickly. That – in and of itself – is a payoff.