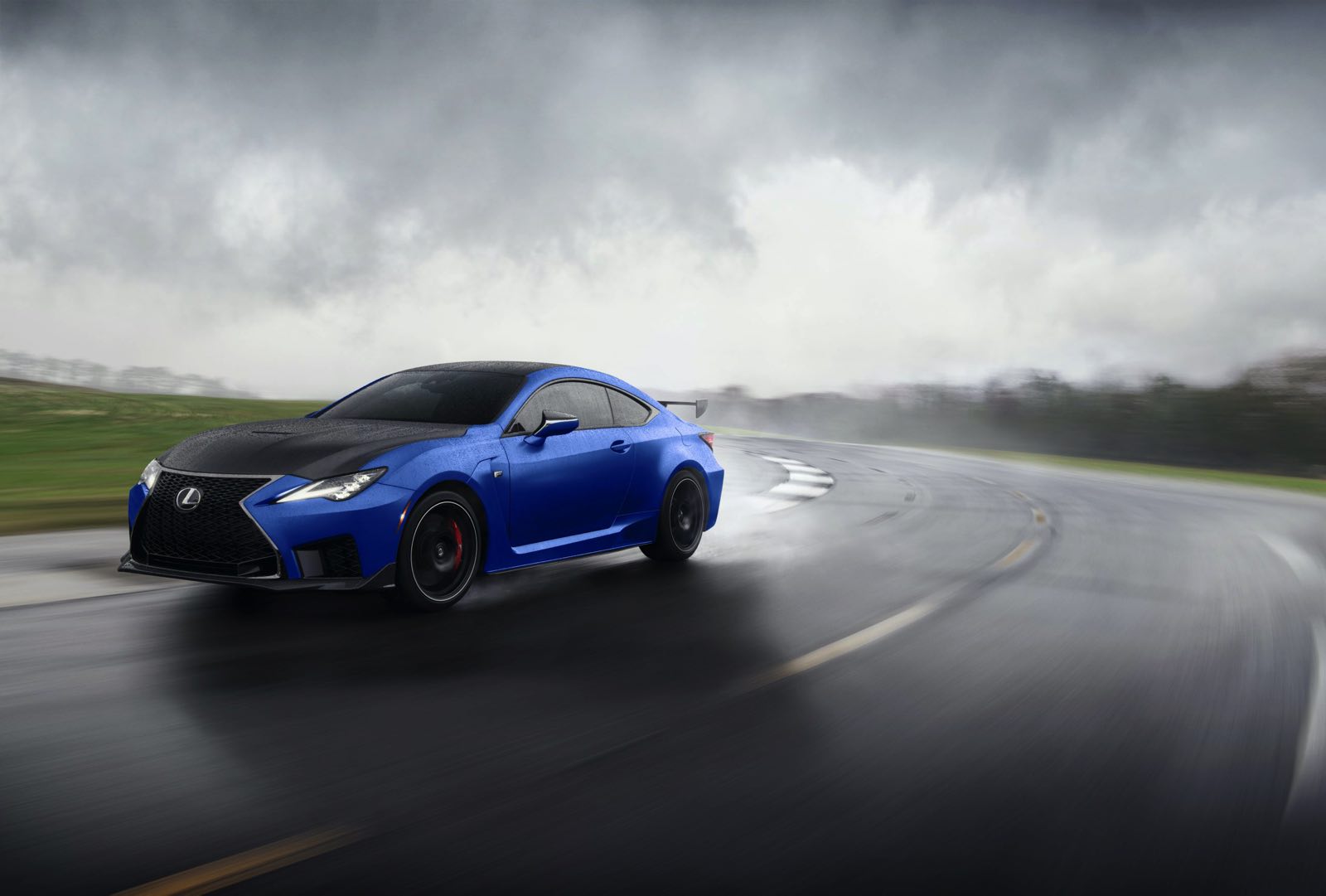 With all of the buzz (sorry) regarding the EV, it’s easy to forget how important the completely visceral vibe generated by a high-performance car is when graced – if you will – by internal combustion. Press the start button in any EV – even the performance EVs – and you’re left to wonder what, if anything, might be happening. But hit the button (or to channel Mission Control, ‘light THIS candle’) of something like the Lexus RC F, with 472 naturally-aspirated horsepower, and – well, you begin to feel like makin’ love. Even if it’s been a while…

For those of you new to this outlet, the Lexus RC is a car and not – notably – a truck or SUV. And while stylish in any and all of its iterations, the more basic variants come with either 2.0 liters of turbocharged four or 3.5 liters of normally-aspirated V6. You could think of it as a Japanese ponycar if, of course, ponycars had stuck with a tidier footprint, didn’t – historically – lose their rear axles when going over rough pavement, or employ a religious descriptive (Hellcat!) in their marketing.  Regardless of powertrain, the Lexus RC supplies gentlemen or their gentle women with grace and, depending on engine, adequate or more than adequate pace.

Opt for the RC F and you’ve opened up an entirely different bag of horsepower. The turbocharged four or normally-aspirated V6 are ditched in favor of 5.0 liters of rev-equipped V8. The 472 horsepower (at 7,100 rpm) and 395 lb-ft of torque are delivered to the rear wheels via an 8-speed auto, a drivetrain that’s as seamless as you’d hope. For the juvenile among you (and that would include myself), Lexus claims a 0-60 of just under 4 seconds and a top track speed of 168. And here, folks, ‘track’ is relevant, as we’re behind the wheel of the Fuji Speedway Edition, one of just 50 produced – and finished in Heat Blue Satin.

I’ve not visited the Fuji Speedway, but I have seen Rush, the movie – directed by Ron Howard – depicting the James Hunt/Niki Lauda rivalry. And if you’ve done nothing beyond seeing the flick, you know Fuji and its history are special. The Lexus RC F doesn’t have that history, but the track is owned by Toyota, and Akio Toyoda, Toyota’s chairman, has a commitment to performance cars with a competition pedigree.

That competitive spirit is front and center in this limited-edition RC F Fuji Speedway Edition. To the already aggressively appointed RC F Lexus adds Brembo Carbon Ceramic brakes, a titanium exhaust and extensive (and expensive) use of carbon fiber to improve aerodynamics and reduce weight.

Inside, the deeply shaped buckets provided all the lateral support your G Spot would want, and almost every surface is swathed in Alcantara; lint rollers aren’t included, but are regarded as mandatory. And when you’re done collecting lint, enjoy the Blue Carbon Fiber which ‘adorns’ the cabin. Good stuff, and fully compatible with the Fuji’s Heat Blue Satin exterior.

U.S. sales of the RC coupe began in the fall of 2014, and despite the inevitable refresh, elements of the interior reflect that 8-year history. Not only is there no wireless charger for your phone, there’s no easy place with which to store your phone. And while I enjoy analog with my audio, those of you under 50 will see the dash as more time machine than tune machine. But if you’re at Motorsport Ranch in Cresson (or Summit Point in West Virginia) the sound machine, Partner, is under your right foot.

I paid a visit to Summit Point Raceway in West Virginia – not far from Patsy Cline’s Winchester, VA – to take in Fastivus, an on-track celebration of performance Volkswagens. On the shorter circuit were the GTIs and Golf Rs, while on the adjacent – and higher speed – Shenandoah Circuit a Porsche club was doing its thing. My Miata might have kept pace with the VWs, but would fall woefully short in the company of Porsches. That wouldn’t be said of the RC F, which would have transported you comfortably to Summit Point (roughly an hour from Dulles Airport), and done semi-composed laps in the company of those Porsches.

It’s that duality that makes cars like the RC F so compelling. Use it as a commuter Monday through Friday, and then find yourself a weekend drive – maybe an overnight weekend drive – at the end of a harried or hurried week. While I’m inclined to go more modest, perhaps the RC 350 F Sport with some TRD mods (and spend this side of $60K rather than the far side of $100K), if you have $ix figures to spend you’d find the RC F a compelling proposition. I do…hell, even my wife Tina did!