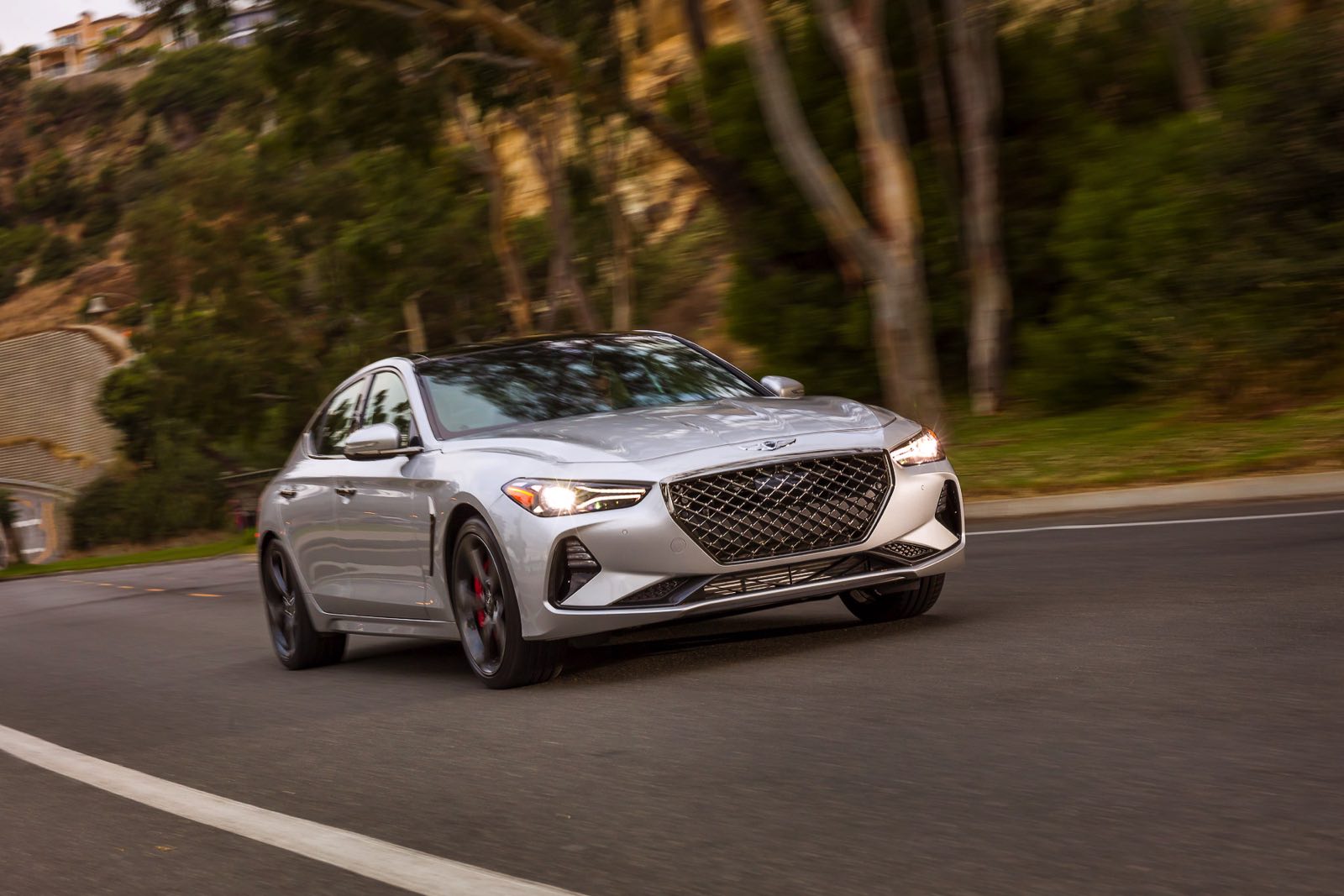 Rebirth of the Grand Tour

STEWART BEACH, TEXAS – Rooster plumes of sand soared high in the air as I quietly reassured Blonde Bride. I was struggling to free the 2023 Genesis G70 RWD 3.3T Sport Prestige from the sole small patch of soft sand visible for miles.

It was rookie move that, for a moment, threatened to imperil our latest anniversary sojourn. We’ve had some grand adventures, choosing autumn weeks when the most attractive vehicles land in our driveway. We enjoy each other’s company so much and are so compatible that every day turns into a grand adventure.

We’ve traveled from the Ozarks to New Orleans, but of late have settled on Galveston Island. Both the climate and the people are warm, and the little town has a rich array of attractions. Shop the Strand, visit museums, take long walks on the beach, eat fresh seafood – there is so much to do. We’ve been here two years in a row, and I have yet to check off three items near the top of my wish list: rent a bike, fly a kite, take a helicopter ride.

We chose the week we received Genesis’ sport luxury compact sedan because, hey, it’s built by Genesis, Hyundai’s luxury arm. That means state-of-the-art technology, properly dialed in driver assist gear, plush interiors, and in the case of the G70 3.3, power and athleticism. Built to compete with the BMW 3 series and Mercedes C Class, but at a significantly lower price, the G70 rolled out in 2017 and was facelifted in 2020. At first thrust it drew blood.

Put a 370-hp twin turbo V6 mated to a slick 8-speed automatic into a luxury car with a light and strong chassis, advanced suspension and rear-wheel drive, and one has all the components of a classic European GT – a Gran Tourer. The G70 pulls all that together in a machine that is a joy to drive: quick, lithe, seriously powerful.

Sixty comes in just 4.7 seconds, which is competitive with similar German sedans costing $20,000 – $30,000 more than our $44,710 tester. I don’t know how fast it will go and will most certainly never find out. I shot around a log truck and within seconds hit 108 mph, a fact I became aware of when gently chided by Beautiful Blonde, who, unlike me, was watching the head-up display in the windshield.

The G70 is about much more than raw power. Handling is quick and sure-footed, but the car still provides the ride and comfort of a premium sedan.

None of which is a recommendation to buy this car. On the surface there is nothing wrong and, selling from $37,150 for a base model with a 2.0-L four to $46,710 for an all-wheel-drive, top-of-line version, it represents a tremendous value. The problem is it is really a Hyundai, which with subsidiary Kia this week informed investors it was setting aside $2 billion to settle a fusillade of class action lawsuits pertaining to oil-consumption woes in all four of its engine types.

Low oil can damage an engine, and excess consumption means oil is being pumped through the exhaust system. That can clog a catalytic converter, which these days is nearly as expensive as a replacement engine.

The other issue is that there are few Genesis dealers. Rather than undergo the expense of creating a dealer network, like Toyota did with Lexus and Nissan did with Infiniti, Hyundai used store fronts and a concierge service to sell and service its Genesis franchises. The concierge service drove the cars to Hyundai dealers. In J.D. Power’s latest dealership rankings, Hyundai and Genesis dealerships rank near the bottom in customer experience. GMC topped the list. Lexus was near the top.

Some of that may be a result of the service experience. The lawsuits allege that if customers were unable to provide detailed service records, dealers refused to repair engines still under warranty. One plaintiff alleged his warranty was not honored because an oil-change shop used an inferior oil filter. Another plaintiff said he provided detailed records, but the dealer said it did not believe him and forced the owner into a $6,000 engine replacement.

Yeah, that will you land you in court.

The pity in all this is that if it were not for these issues, I would join the chorus of auto writers screaming from the rooftops that you should buy a G70. Our tester arrived with nearly 10,000 press-fleet miles on the odometer, and it was flawless. I have no idea what the story will be when it hits the warranty limit of 100,000 miles.

We did notice one other major drawback: poor fuel economy. Even driving in a manner that met with Blue-eyed Blonde’s approval, the best I could manage was 24 mpg running premium unleaded fuel. The EPA says to expect 21 mpg in combined mileage, which is abysmal for a compact car by modern standards. The 2.0 liter turbocharged four does a little better, averaging 25 mpg. With gas prices volatile, cars – even performance cars – should deliver 30 miles per gallon…and aim for 40.

Hyundai has said it will quickly move to all-electric vehicles. At the same time, it fired dozens of gas-engine engineers and put younger, electric-oriented engineers in leadership positions. That was probably a good idea.

In all, we loved our week with the Genesis, though there was that one moment I wished it had come with all-wheel drive, a $2,000 option.

I had noticed the soft sand earlier that day, when we drove out to Stewart Beach after stuffing ourselves with a fresh and sumptuous breakfast at the Sunflower Bakery and Cafe. We’d spent the night out at High Island, on the Bolivar Peninsula, which had allowed us to spend the afternoon exploring Port Arthur for a top-notch seafood market, Marie’s, which we visited again on our way home to load up the ice chests with fresh shrimp and crabs for friends and relatives, like the lovely Ruth Hesser, who always introduces me as her favorite son-in-law. (OK, I’m the only one, but who’s counting?)

In Port Arthur, we discovered a local delicacy, BBQ crab, which is actually a whole crab dipped in a spicy breading and deep fried. We went back for seconds on the return trip.

After a walk on a desolate beach and night at a funky hotel on High Island, we headed down the road and hopped a ferry into Galveston. Five ferries work the route, but we wound up on the Dewitt C. Greer, named after a Pittsburg, Texas civil engineer who became known as the king of the highway builders. An office building in Austin also bears his name.

Fortuitously, I used my shadowy collection of shady contacts to book a school of dolphins to accompany the ferry across the channel. I paid extra to have them leap and frolic, which pleased Beautiful Bride no end.

After all that and a big breakfast, we were drowsy. We noticed Stewart Beach was nearly empty, so we pulled into a parking spot, lowered the windows, opened the roof, and caught a cat nap while the ocean serenaded us with the gentle pounding of waves.

Later, after checking into our go-to hotel, the Best Western Plus, where all balconies face the Gulf, we headed back for a stroll on Stewart’s wide white sands.

As I entered the parking lot, I decided to let the G70 do a little sashay in the sand. I forgot to disengage the Electronic Stability Control, which does things like prevent cars from sashaying in sand. Instead, the car straightened itself out and buried the back wheels.

Hey, I grew up on the beach. I know how to rock a car out of sand and mud. Turns out, you can’t when ESC is engaged. Blue-eyed Bride informed me she was getting scared.

I finally figured out the issue and pushed the magic button. That unleashed the engine’s prodigious power. The rear wheels shot plumes of sand high in the air as we rocked back and forth, creating a track that allowed us to build momentum and escape the trap.

Thus was writ another chapter in another fine Bill and Pam adventure.