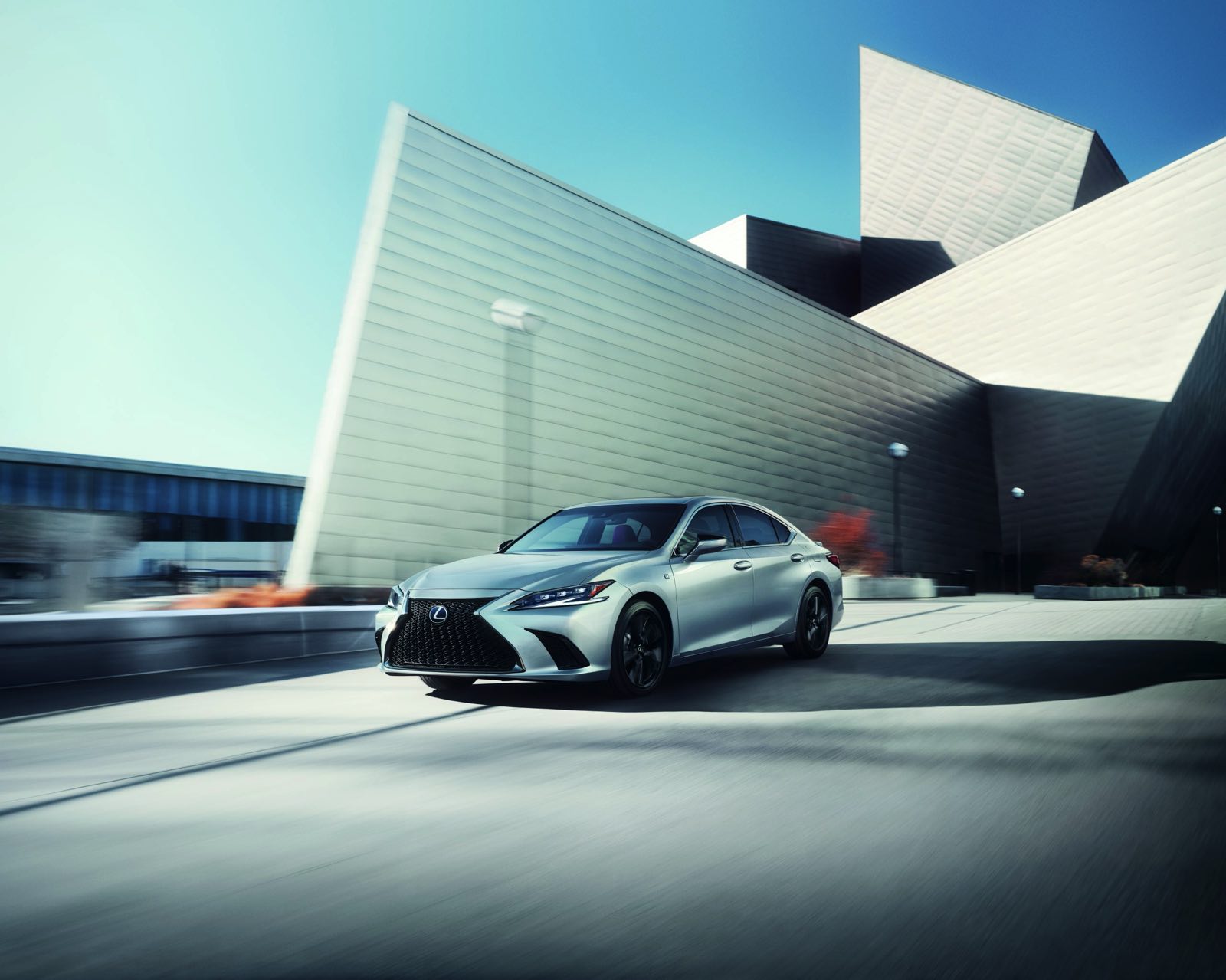 PRETTY IS AS PRETTY DOES

For value in a luxury sedan, the clear winner is the Lexus ES.

Built on the same platform as the splendid but soon-to-be-extinct Toyota Avalon, the ES adds a hushed and plush cabin plus superior ride and handling to justify a starting price of $42,490, delivered.

That is roughly 15 grand less than competitors like the Audi A6, BMW 5 Series or Mercedes-Benz E-Class. Start checking option boxes – and most buyers in this category do – and the price differential widens. The most you can spend on an ES is around $53,000. The Audi tops out at around $75,000 and the other two can zoom past $100,000 with ease.

“Yes, but the Germans are more thrilling to drive” you are probably thinking, and you’re right. On the other hand, our tester, equipped with a tried-and-true naturally aspirated V6 mated to a problem-free 8-speed automatic, got to 100 mph in less than a quarter mile and has, Lexus says, a top speed of 131 mph.

That’s enough to scare most folks, as it should.

The handling piece of this car is brilliant. When needed, the front and rear variable dampers give the car enough firmness to stick through curves at speed, but remain adequately supple to ensure a premium ride. At full throttle the 302-hp V6 emits a throaty exhaust note that is satisfying to Baby Boomers reared on Detroit muscle.

To be honest, we attenuated our backroads test to just slow down and enjoy the optional 17-speaker, 1800-watt Mark Levinson sound system and play with the optional 12.3-inch multimedia touchscreen. In its ultimate nature, this machine has the vibe of a muscled-up – albeit laid-back – boulevard cruiser.

Toyota/Lexus has sold dozens of variations of its V-6 in millions of vehicles, from Tacomas and 4Runners to the new Tundra, available with a twin-turbo hybrid that puts out 437 hp and 583 lb.-ft. of torque. Full disclosure: I have a 14-year-old Highlander Hybrid V6 that still gets nearly 30 mpg and doesn’t burn a drop of oil.

When I bought it, I first looked at a younger Audi A6, but the required maintenance – tearing it down to replace the timing chain – would have cost more than $2,700. At 140,000 miles, the required work on my Highlander, which included a new timing belt and water pump, has cost less than $500 over the past three years (thank you, Pate Automotive).

I was once looking at the underside of an ‘all-new’ pickup and noticed the transmission was covered by a cross member.

“If you have to service that transmission, you’ll have to pull it out with the engine,” I told the fellow who led the engineering team.

“That’s not going to happen while it’s under warranty, so it’s not our concern,” was the reply.

Toyota engineers think about how second, third, and fourth owners can maintain their vehicles. Because they continuously improve components, instead of going “all-new” every few years, things don’t break, and when they wear out, they are accessible. No pulling the engine to replace a clutch or flywheel.

No surprise, then, that Intellichoice’s annual Best Value of the Year awards are dominated by Toyota and Lexus. One key metric is the cost of ownership through 70,000 miles. Maintenance costs on a Lexus at that point are only for routine items.

Though I am a great fan of the V6 engine, it is not the one I’d choose for a Lexus ES. Our tester averaged a solid 24.5 mpg on regular unleaded, which was marvelous in 1990 but lousy in 2022, when so many vehicles are capable of more than 40 mpg.

Case in point is a loaded to the gills ES 300h. The hybrid version of the ES 4-door gets 43 mpg in town, 44 on the highway. Paired with a 2.5L four-cylinder, another ubiquitous and bulletproof Toyota motor, the hybrid is every bit as smooth on acceleration but not quite as fast as the V6. It only goes 112 mph, which is still difficult to explain to your friendly local highway patrol officers.

The hybrid version starts at $43,690. The F Sport handling version reaches $49,985, but we don’t think it is needed in the hybrid. Better to stick with 18-inch wheels, which ride better, and buy the $2,900 nav system, which includes the Levinson sound system, the larger screen, and voice command that responds to “Hey, Lexus.” Triple-beam LED headlights for $1,315 is another smart option.

As we’ve discussed, the hybrid system allows for longer engine life because the electric motor does its work during periods of greatest demand, on take-off and acceleration. How long does the battery last? Lexus warranties it for 10 years or 150,000 miles.

As mentioned, I’ve got one that’s 14 years old and is still running at better than 90% capacity. Besides, one does not “replace the battery.” The ES 300h’s 29.1 kW battery is comprised of 204 individual cells, which can be replaced one at a time. It will be 15-20 years before that is necessary, and shops that specialize in that work are cropping up across the country.

Bear in mind, Toyota has been in the hybrid business for 25 years and Consumer Reports consistently rates Lexus and Toyota hybrids among the best used cars on the market.

If you are in the market for this – or any other vehicle – and a dealer tries to boost the price above the one in the window, just walk away.

Soaring prices and rising interest rates have already dampened demand for used and new cars; indeed, the wholesale value of used cars is falling at nearly 1% every week. At the same time, manufacturers are finding work-arounds for supply shortages and new-vehicle inventories are beginning to climb.

Everybody is an expert in this, but best estimates for when the supply lines and demand equalize range from three to six months. That means if you give a dealer an extra $10,000 above list, you simply waste that money. It will depreciate off in the first year. If you have a 6-year loan, you will be underwater for 5 ½ years.

If your current car need some work. spend a little money at an honest and competent repair shop and wait out this storm.