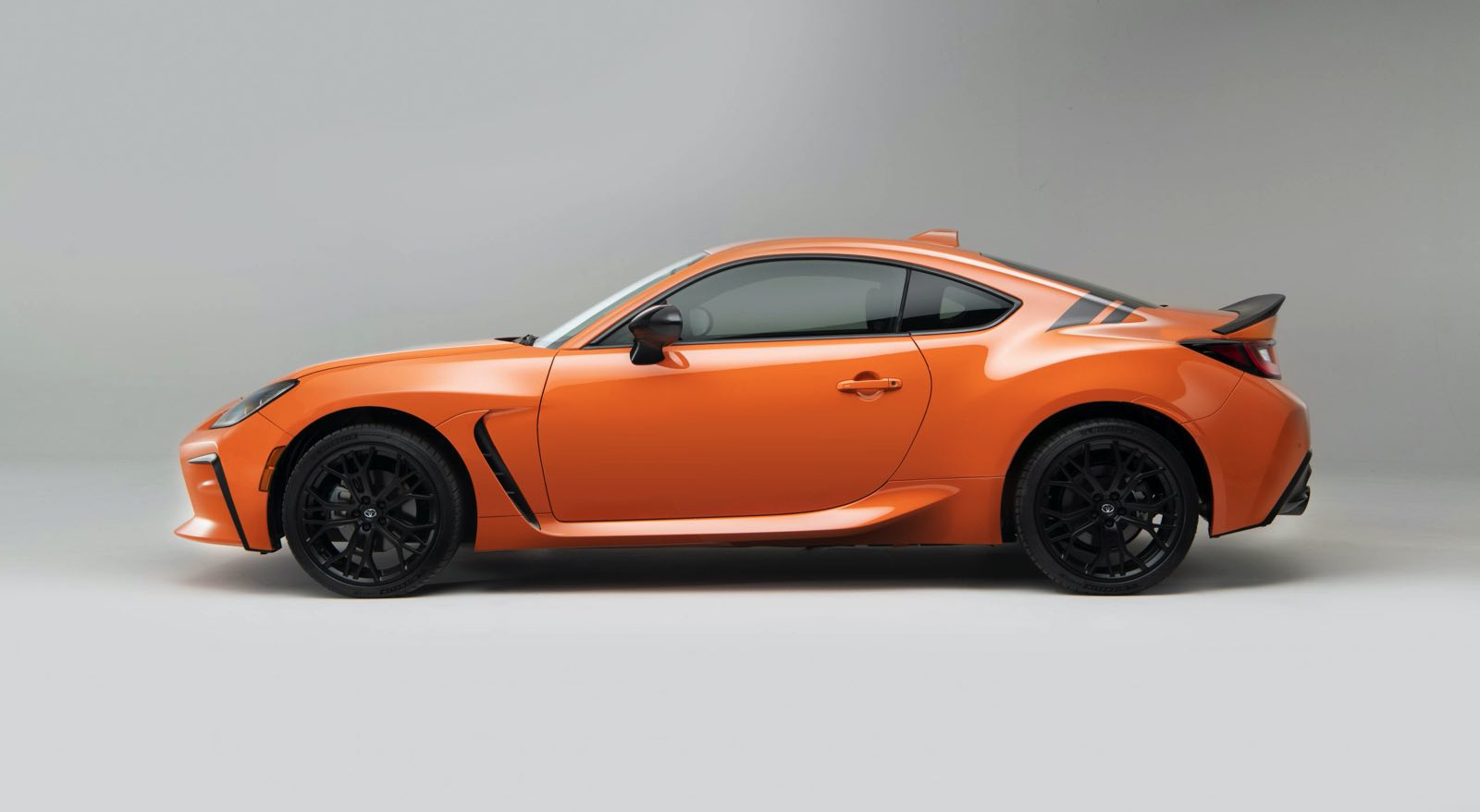 A LITTLE OLDER. AND WAY BETTER.

In the first half-block, the 2023 Toyota GR86 introduces itself as a full-on sports car that is not built for everyone.

Of all the adjectives one might attach to this machine – fun, fast, quick, competent, reliable, affordable, sexy – comfortable does not come to mind. Old motocross racers like me tend to have iron butts, so we don’t mind. But many a fellow geezer would.

Beautiful Blonde, for example, took one look at the narrow and low door entrance and chose not to allow one of her world-class pretty toes to cross its threshold. To be honest, I discovered the addition of flexibility to my workout routine is a fortunate stroke of serendipity.

The ability to slither and slide into the driver’s seat came with rich rewards. There is so much to like about this second generation, rear-drive 2+2 sports coupe that Toyota and Subaru have co-developed, beginning in 2011. The GR86 (then known as the Scion FR-S) and Subaru’s BRZ initially rolled out as 2013 models.

This is a car that combines more-than-ample power in a quick-revving boxer (flat four) 2.4-L engine. Its high handling limits are facilitated by the marriage of a light, strong and taut chassis to a smart suspension system topped with quick-ratio steering.

Toss in a driver-focused cockpit and superb sound system and you have a heckuva car, starting at $28,635 for the base model, while Premium trim goes for $31,325. Both come with front and rear LED lights, a digital gauge cluster, and an 8-0-inch touchscreen for infotainment.

Base models come with 17-inch Michelin Primacy tires, which really don’t belong in a high-speed curve. The Premium upgrades to 18-inch Michelin Pilot Sport 4 shoes, which are quite at home on a skid pad.

I know. A lot of road testing, probably an excessive amount, occurred in this car.

With higher interest rates damping demand and manufacturers gradually resolving supply-chain issues, the days of exorbitant dealer mark-ups are coming to an end. This is especially true for the GR86, which marries two features unpopular with American consumers: Sports + Car.

Indeed, Toyota offers $1,000 cash back on the GR86, which appears to be the only cash incentive the manufacturer offers this week. Toyota is also offering 3.49% and 4.29% 48-month loans to highly creditworthy buyers.

In addition, Toyota is one of the few manufacturers to still offer free maintenance. ToyotaCare™ provides normal care and 24-hour roadside assistance for two years or 25,000 miles.

Of course, with a Toyota, that’s not such a big deal since the darn things don’t break. But, hey, free oil changes, tire rotations, and a thorough inspection by a qualified technician are nice perks, right?

For an object lesson in exactly why Toyotas endure, look no further than the 2023 GR86. The company’s engineering practices underline the benefits of gradualism. Rather than designing, manufacturing, and assembling wholesale changes in the interest of flashing “new” signs in marketing, Toyota sticks with tried-and-true systems and gradually improves them.

This business practice has been adopted by Ford CEO Jim Farley, with whom I developed a cordial relationship when he was a mid-level executive with Toyota. He’s the guy who sold the Board on the idea of bringing the Prius to America. (Even he was shocked by its success, he told me).

The changes in the 10-year-old GR86 are not enough to justify calling this a redesign, but the few changes adapted are brilliant.

A critical first step in dramatic design improvement is increasing torsional rigidity, which keeps a car’s chassis from twisting under stress. Engineers designed a new full-ring rear frame that ties the upper and lower chassis together, and a combination of high-strength steel, hot-stamped steel, and aluminum are strategically used throughout the frame.

That added weight, but the engineers took it back out by specifying aluminum front fenders and roof panel to go with an aluminum hood.  That lowered the already super-low center of gravity by an additional 1.6mm. Those and other tweaks kept the coupe to a lightweight 2,811 pounds with a standard transmission, 40 lbs more for an automatic. Both come with six speeds.

That small difference in weight pays dividends in steering response and agility. Steering is super quick and linear, which means steering inputs equal expected outputs. It goes where it’s pointed.

Sticking with Subaru’s Boxer engine design adds to the handling because the engine sits flat in the bay, giving it an ultra-low center of gravity and a pleasing 53/47 front/rear balance.

Combined fuel economy is estimated at 23 mpg, and that’s about what we averaged driving; well, let’s not say how we drove this car.

Only that we loved it.