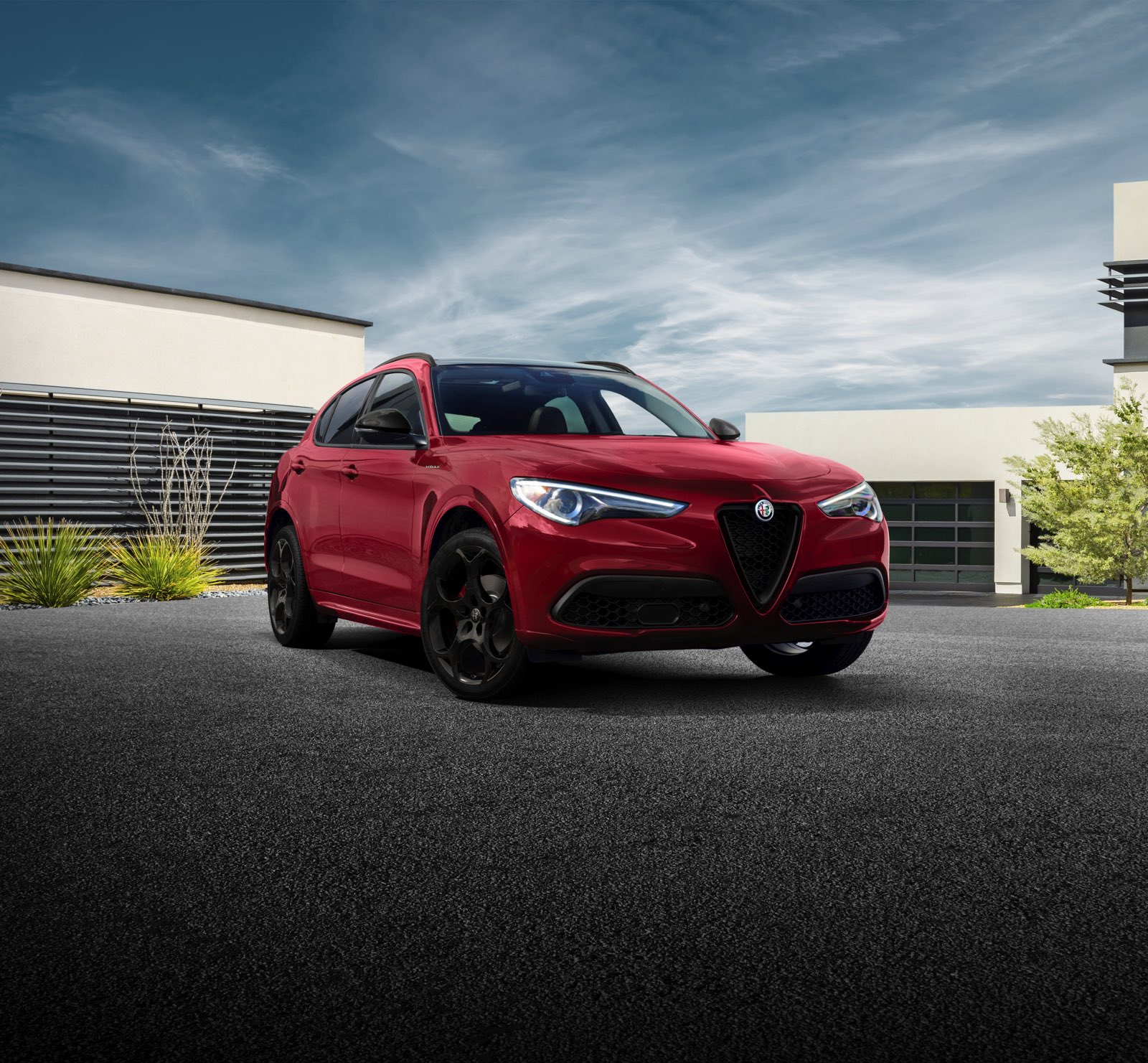 Not Quite Hairy, Almost Macan

In the 3+ years since last driving Alfa Romeo’s Stelvio, a lot has changed in the Alfa Romeo showroom; admittedly, that’s important only if you can find an Alfa Romeo showroom – don’t look for one in Longview or Tyler. Of note is a recent J.D. Power survey, signaling a significant uptake in customer satisfaction for Alfa Romeo. In reporting by trade publication Automotive News, Alfa Romeo is now ranked No. 1 among premium brands in J.D. Power’s Sales Satisfaction Index, and that new ranking is just two years after Alfa and its dealers were in (at least figuratively) the rankings basement. All of which makes it a good time to consider Alfa Romeo’s Stelvio Estrema, an option-laden crossover attempting to bridge the gap between Alfa’s base Stelvio and the top-of-the-line Quadrifoglio.

What the J.D. Power Sales Satisfaction Index measures is, as you have guessed, customer satisfaction with the sales process. If your sales rep and his or her manager keep the buying process simple and transparent, they’re given credit. If, however, the keys to your trade-in are lost, or you spend most of the day getting to what you believe to be a fair purchase price (or NEVER getting there!), the grade tumbles and so does the ranking. Alfa and its dealer network have aggressively revised the processes, which begs the obvious: In the 21st century, with a brand that’s historically struggled in this market anyway, what-the-hell took so long?

Despite Alfa’s previous missteps, the Stelvio and its Giulia sedan stablemate remain both attractive and compelling. In a sea of lookalike crossovers and the virtual disappearance of sedans, the Stelvio and Giulia stand out as only Italian products can. With either vehicle it begins with the Alfa’s now-iconic grille; Alfa’s design team is saved from the time-consuming pursuit of an all-new front fascia because the historic face of the brand continues to work just fine. And since the platforms are rear-wheel-drive biased (our test Stelvio employed all-wheel drive, also available on the Giulia), the Stelvio and Giulia sit back of their respective chassis like proper performance luxury cars or crossovers should.

The balance of the sheetmetal is expressive, albeit in a conservative, without affectation way. The windshield is relatively upright, which enhances forward visibility. And while the roofline approximates a fastback as it terminates into the hatch, there’s not much compromise for rear seat passengers; there are, however, better crossovers to buy if driving for Uber (or having four kids…) is in your future.

In considering the Stelvio’s overall design, if it were a house it’d be transitional – and would look perfect in that transitional neighborhood.

Proportions are also predictably upright, which makes getting in and out easier, whether it be for your 9-year-old kid or 90-year old parent. Once inside you’ll first notice the all-encompassing buckets. While aggressively sculpted, both front buckets are less constrictive then they initially seem. And despite Italian vehicles – back in the day – having ergonomics unique to Italian vehicles (or city buses), the Stelvio adjusts to whatever proportions you might bring to the table, even if you’ve stayed at that table too long.

After you’re seated you’ll look for a starter button on the dash, only to find it on the southwest (think 8 o’clock) corner of the steering wheel. That’s a perfect position in a racecar, but on a production vehicle seems more like an affectation. You want to get your motor running? Well, first you need to find the starter button. And while you’ll eventually get comfortable with the Stelvio’s dash and infotainment, in the not-quite-four days I had with the Alfa I didn’t get comfortable; it’s layout could be more intuitive and less of an ergonomic scrum.

Once started any niggling issues go right out the Stelvio’s window. With two liters of turbocharged four – and 280 horses and 306 lb-ft of torque driving through an 8-speed automatic – you’ll have ‘go’ from the git-go. This, it should be noted, is the same 280 horsepower you’ll find in the standard Stelvio (and Giulia), falling well short of the Quadrifoglio’s 505 horsepower from its turbocharged V6; a tune of something north of 300 horses would make the Estrema’s $7K bump more palatable. The four is also more benign in its behavior than the ‘Estrema’ tag would imply, but you can’t fault its performance. In its testing, Car and Driver magazine reached 60 miles an hour in 5.4 seconds, while Alfa claims a top speed of 144 miles per hour. At that speed in the U.S., of course, you’ll go to jail…while in Italy you’ll receive a presidential medal.

Of course, you buy an Alfa for performance beyond a straight line, and in this the Stelvio delivers like few other crossovers of any brand, especially at its $60K price point. Since it has been over three years since driving a Stelvio, I can’t quantify in a back-to-back drive the value of the Estrema’s adaptive dampers, nor did my seat time provide a test of the Estrema’s standard limited slip. But behind the wheel you’re in a sport sedan with a reasonable cargo volume and available roof rack. It’s the best of both worlds, especially if you live in Texas while wishing you were in Italy.

If you are in North Texas, know that while the dealership situation has improved – with locations in Fort Worth, Hurst and Plano – Alfa dealers are in fewer zip codes than Audi, BMW or Mercedes showrooms. You’ll buy one – and own one – as import owners used to own imports: The vehicles are special and you, as an owner, become special by association. You could, in fact, think of Alfa ownership as a participation trophy. For adults.