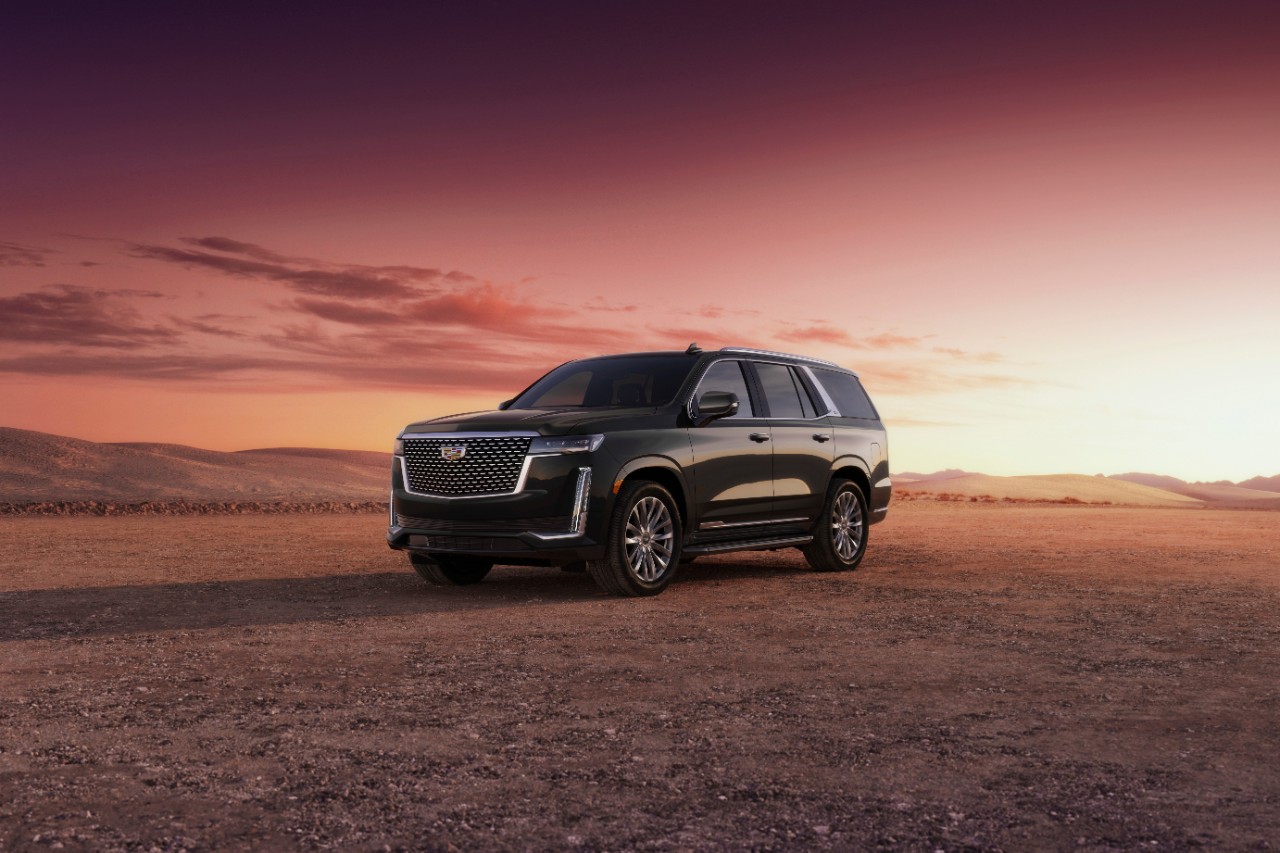 Some fifty years after Don McLean penned American Pie, King Cadillac is looking up while the jester, Elon Musk, is looking down and – I’m guessing here – looking ahead. Of course, Cadillac and its GM siblings are planning to catch Tesla in a way only $illon-dollar multinationals can; Cadillac, Chevrolet, GMC and Buick will be introducing a catalog of EVs, beginning in 2023. But existing platforms and technologies remain GM’s bread and butter, and no division quite butters the corporate bread like Cadillac. If wondering which of its models churn the better butter, look no further than the Cadillac Escalade. As both you and Don would know, it sure-as-hell ain’t a Chevy – and for Escalade prospects, the levee remains totally full.

I’ll open with the price – a base of just under $90K, as tested $107,000 –affixed to our test Cadillac Escalade in Premium Luxury trim. Although closely related to GM’s Chevy Suburban (and assembled in the same Arlington, Texas plant), Cadillac decided some time ago that if you wanted the money you must ask for the money, and an elevated window sticker remains the most efficient way of doing that. What are essentially truck-based platforms across GM’s product portfolio (Chevy’s Suburban, GMC’s Yukon and the subject of this test, Cadillac’s Escalade) have window stickers that preceded, by several years, this country’s inflation-fueled economy. But then, those considering the Cadillac Escalade aren’t writing reviews for a living; they’re writing personal histories…or so the company’s consumer website would have you believe.

In considering what I might report on the Escalade’s presence, I’ll be the first to admit – the General’s copy writers do it so much better. Here’s just one example: Exciting, bold, iconic—move through the world in a vehicle befitting your status. In motion and at rest, Escalade demands attention with exceptional physicality and magnificent design. Witness as luxury transforms into legendary.

GM certainly got the ‘exceptional physicality’ right. On my driveway the previous week was Cadillac’s XT4, which happily shared space with our family Grand Cherokee. The Escalade? Not so much. It consumed the available space on the driveway, essentially pushing our Jeep to the curb. Ours is a modest ranch in a middle-class neighborhood, and while there are any number of nice cars present on its streets and cul-de-sacs, most residents avoid the heavy-duty pickups or larger-than-god SUVs. To its credit, the gallons of Mahogany Metallic used to coat the Escalade’s expansive sheetmetal looked appropriately upscale, supplying a nice visual contrast to the Cadillac’s parchment leather.

Of course, one of the attributes of the big-*ss SUV is its ability to accommodate your big *ss! Step up (with help from its retractable running boards) and slide into what will easily become an accustomed level of luxury. In our test Escalade the parchment leather is perforated, accented nicely in jet black. Despite its truck-like platform, you’ll not confuse its dash with your dad’s Silverado; the Escalade’s configuration may be last century, but the dash looks as modern as tomorrow, with a workable blend of familiar and ‘hand me the manual’. And given its elevated hip point, the expansive glass area allows you – and your passengers – to see for miles and miles and miles.

One of the appealing attributes of a 3-row SUV is its ability to carry family or friends with you, and in that the Escalade doesn’t disappoint. As this is written we’re two weeks away from our holiday get-together, so the Escalade will have missed the airport runs and trips (with six or seven) to dinner. But we’re in the middle of a move, so trips back and forth to storage are a regular part of our current schedule. As you’d expect, the Escalade’s long load floor – once the two rows are folded – swallows almost anything you can throw at it. Large boxes? Check. Upholstered arm chair? Check. Six feet of bookcase? Check. Check.

From behind the wheel the Escalade drives smaller than this size 13EE footprint would suggest, helped in no small part by that high hip point, generous glass and available ‘Magnetic Ride Control’ suspension. And in the cut-and-thrust of today’s traffic you’re helped immeasurably by the Escalade’s 6.2 liter V8. Delivering 420 horsepower and 460 lb-ft of torque, and driving all four wheels thru a 10-speed automatic, the Escalade gets you – or you and your driver – wherever you want to go, whenever you want to go. And despite the EPA’s 16 mile per gallon combined estimate, you have 28 gallons in the tank, so you can leave ‘range anxiety’ to your Tesla-owning friends…or offer them a lift when the Tesla’s plugged in.

At the end of the day (or my week), there’s a lot to recommend in the Escalade, largely because there’s a lot of Escalade to recommend. For those with the wherewithal, Cadillac’s variation on the Suburban’s platform is worth it. But if you lean less toward the martini and drink more whiskey and rye, give a thought to a comfortably-spec’d Suburban for around $70K. And drive that Chevy to the levee…when, of course, the levee is dry.