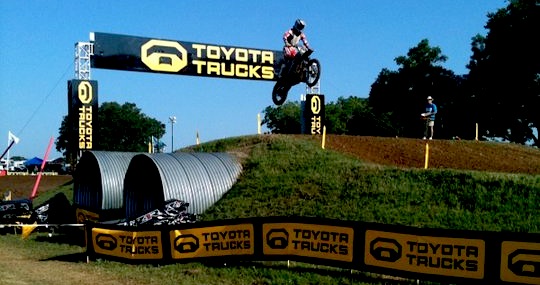 Rick Perry, in the midst of a heated election, declared August 6th to be “Tacoma Day” in recognition of Toyota’s commitment to Texas. The Toyota Tacoma’s coming of the assembly line in San Antonio are the first ever Texas built Tacomas.

The Tundra is already being built in the Toyota Motor Manufacturing of Texas (TMMTX) plant, and by adding the production of the Tacoma the TMMTX plant, it will be able to push out upwards of 200,000 trucks a year. Toyota’s bringing the Tacoma production to Texas has brought with it 1,000 additional jobs to the plant in San Antonio and $100 million invested into the San Antonio community.

This is good for Toyota, Texas, and the reputation of our Governor by creating a positive impact on the economy statewide. Perry continues to bring companies and products from other states into Texas, keeping our economy one of the strongest in the country.

The Toyota Trucks Texas Facebook page will be joining the celebration by posting Toyota Tacoma trivia, technical specs, and exclusive event information, as well as photos and video from launch ceremonies leading up to and on August 6th. Don’t miss a single update; visit facebook and twitter today.