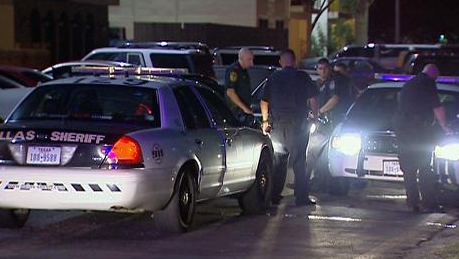 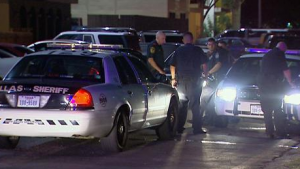 DALLAS – Two men are in custody after leading Dallas County sheriff’s deputies on a high-speed chase from Mesquite to the Oak Lawn area of Dallas.

Around 2:30 a.m., the suspects nearly rear-ended a Dallas County Sheriff’s Office cruiser near Interstate 30 and Dolphin Road, a sergeant said.

The deputy tried to pull over the vehicle, but the suspects sped away, reaching speeds of more than 90 mph, according to the sergeant.

At one point during the chase, the driver and passenger switched places while the vehicle was moving.

Deputies arrested the two men when they pulled into an apartment complex near Maple and Hawthorne avenues in Oak Lawn.

Since each suspect drove during the chase, the sergeant said each will face charges for evading arrest.