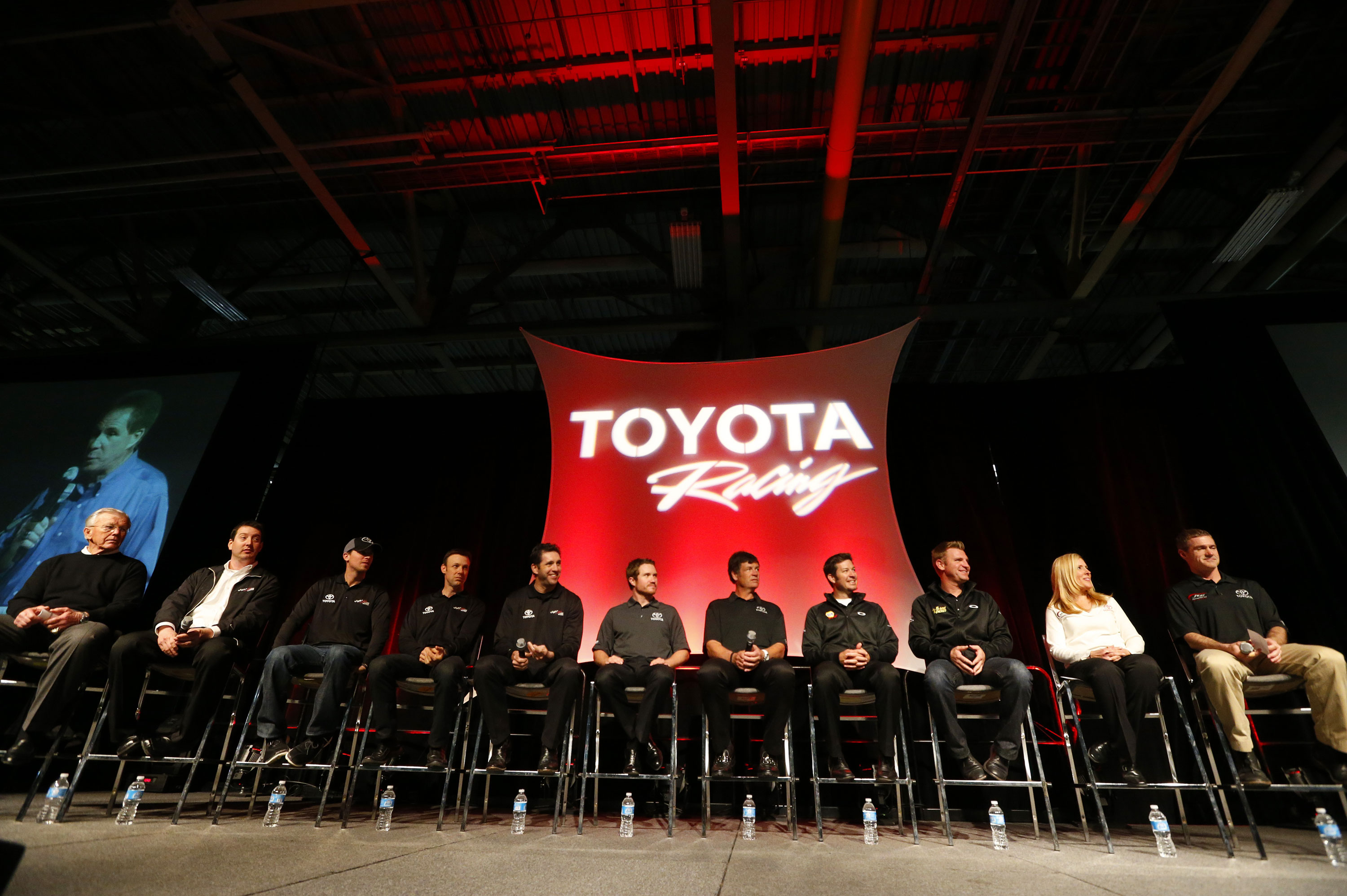 “At TMMK, we’re proud to manufacture the most American-made car- the Camry- and we’re honored to see Camry compete in NASCAR, a long-standing American tradition,” said James. “We’re equally proud of the team that will represent Toyota this racing season.”

Additionally, drivers and team owners toured TMMK’s facility, where production Camrys are manufactured. The Toyota Camry, America’s best-selling car for 11 straight years, has been assembled in Georgetown since 1988. In 2007, Toyota began competing in the NASCAR Sprint Cup Series and NASCAR Nationwide Series with the Camry. The Toyota Racing group concluded their TMMK visit by participating in a special Q & A session for the plant’s team members, with three-time Sprint Cup Series champion Darrell Waltrip emceeing the event.

The veteran driver, now retired, holds the fourth most wins in NASCAR history and was inducted into the NASCAR Hall of Fame in 2012. His younger brother, Michael, the co-owner of Michael Waltrip Racing, is the part-time driver of the No. 55 Toyota Camry and a two-time Daytona 500 champion (2001, 2003).

“I’m proud to be a Toyota team owner and to be driving a Camry in this year’s Daytona 500, but I’m more proud that the Camry is built in my home state of Kentucky,” said Michael Waltrip.

Team members attending the event were also able to get an up-close look at the new 2013 Camry for NASCAR competition, which was on display. The 2013 Camry that will compete in the Sprint Cup series has been redesigned and now more closely resembles the production Camry.

The NASCAR racing season will kick off later this month with the Daytona 500 on Sunday, Feb. 24.