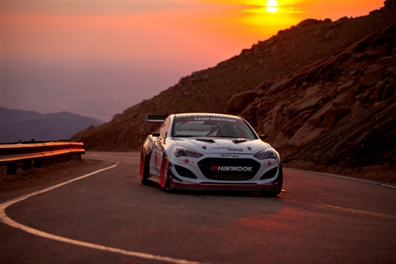 This year, Hyundai will expand its effort to the unlimited class at Pikes Peak in a two-car effort, with Dallenbach now teaming up with Millen piloting a new, unlimited class purpose-built rear-drive racecar in defense of his all-time world record of 9:46.164. With these two highly-respected, veteran racers combining both driving talent and tuning expertise, the venerable Hyundai/RMR partnership has a superb opportunity to set new world records in their respective classes.

“With Dallenbach joining the Hyundai/RMR effort at Pikes this year, we’ve formed a formidable team that will be thrilling for fans around the world to watch,” said Rhys Millen, owner and driver of Rhys Millen Racing. “With race-proven Hyundai core powertrain components powering both of our hill climb racers, it demonstrates how confident we are in the performance and durability of Hyundai engineering.”

“We’re thrilled with the addition of Pikes Peak veteran Paul Dallenbach to the Hyundai motorsports team at Pikes this year,” said Steve Shannon, vice president, marketing, Hyundai Motor America. “The combined experience of Millen and Dallenbach gives us an outstanding prospect to both defend our world record and generate impressive class wins.”

For 2013, Millen will produce and drive an all-new, ultra-lightweight, purpose-built racecar using major powertrain components from Hyundai’s production-based Lambda engine family. This powertrain is expected to produce over 900 horsepower and 800 lb.-ft. of torque, while still making significant use of production components including the block, cylinder heads, bearings and engine accessories. The racecar chassis will be enveloped by a Genesis Coupe-like silhouette to compete in the unlimited class. This no-holds-barred racer will be accompanied by last years’ world-record-setting, production-based Genesis Coupe in the Time Attack class, driven by Dallenbach. RMR is a truly unique racing firm, one of the very few which successfully conceptualizes, fabricates, tests, tunes, and most importantly, drives its vehicles in motorsports competition. In fact, the world-record-setting Genesis Coupe is the exact same production-based coupe that Millen successfully drifted in the Formula Drift competitive series, a testament to both the extreme durability of Hyundai engineering as well as the tuning versatility of the RMR team.