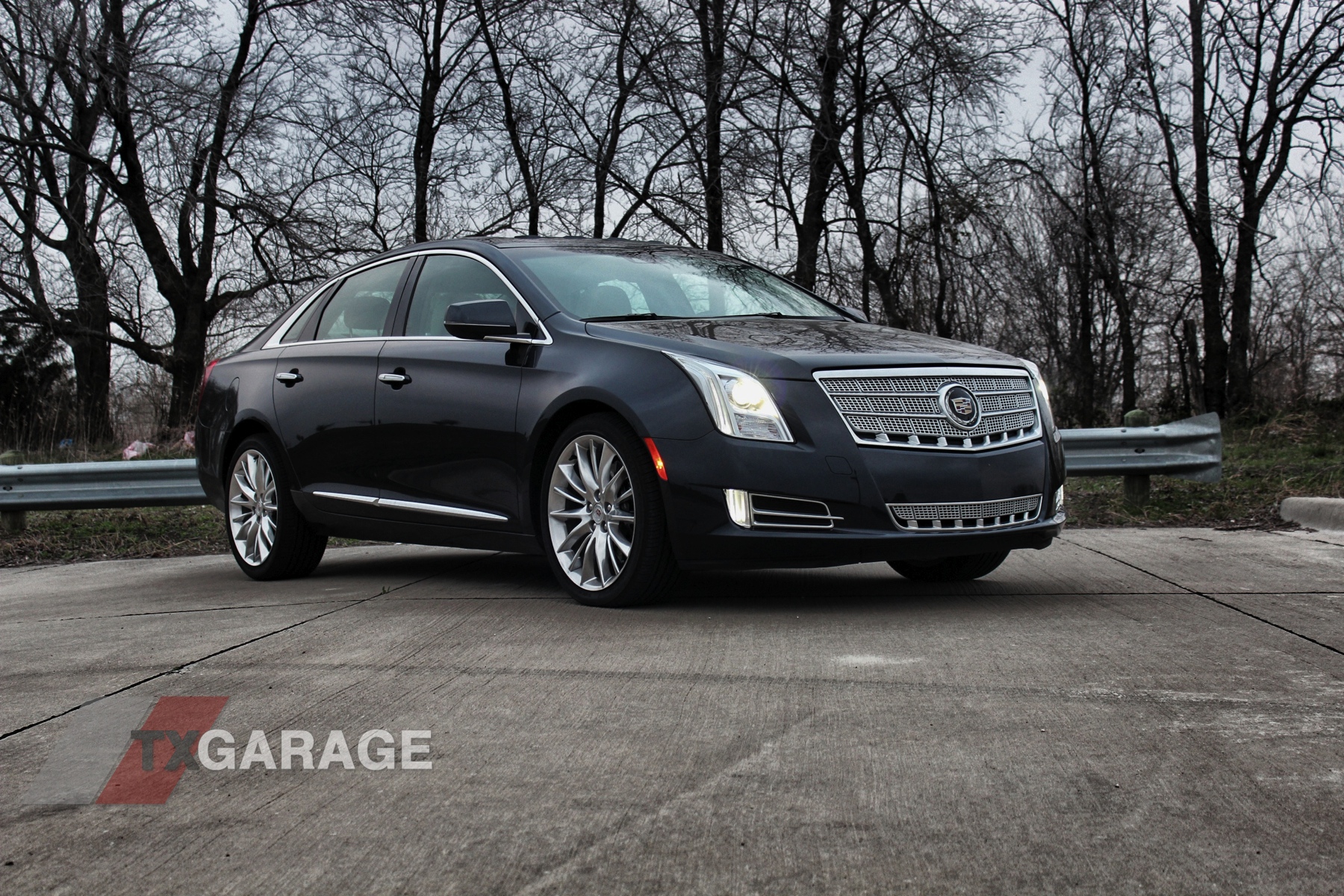 I’m a big fan of what Cadillac has been doing lately from their design work to moving to rear-wheel-drive platforms. I’m not traditionally a Cadillac fan and certainly have no sense of nostalgia for the days of old. When the CTS, and more importantly the CTS-V, came out, it was the first time I’ve ever been interested in a product from the brand. I’m not the only one either as this car grabbed the attention of many younger and enthusiast buyers that had never considered the brand before. So now that you have the attention of more people, and you’re building your admittedly damaged reputation back, what products do you look at bringing to market?

Cadillac’s answer was a flagship sedan to rival the Germans and their luxury sedan dominance. So now we have the XTS, designed taking the current linear forms to a more nuanced and refined sculpture. The whole look is much more fluid from the arched back grille and swooping headlights all the way to the flared tail lights. It’s a really good progression of the Cadillac brand. Of course, we’ve also already seen the new CTS taking this progression to the next level once again.

Although the exterior styling has been improved and getting better throughout the last decade, the same can’t exactly be said for the interior. When I reviewed the Chevrolet Cruz early in 2012, I stated that the interior in that car is as nice as or nicer than ones found in Cadillac. That wasn’t a statement to incite controversy, it was absolutely true. The interior in the CTS was nothing to write home about and was easily matched by cars half its price.

Thankfully, this interior in the XTS is much better than what was in the CTS of a few years ago. The seats are perforated Opus full-leather and are incredibly comfortable. All over the cabin, you get soft materials and leather wrapping. Other surfaces are covered in real wood with brushed metallic accents. The steering wheel is also covered in leather and has a heating option, as well as plenty of buttons to help you navigate the CUE system, but we’ll get to that in a second. On the back of the steering wheel, you’ll also find some paddles to manually shift gears, a welcome feature on this big Cadillac.

The safety features built into this car, including lane-departure, proximity sensors, and collision detection, all use a vibrating seat to warn the driver of impending doom. Instead of hearing beeps, you get vibrations on your rear. Depending on what side of the car the sensors are activated depends on what cheek gets the vibration. This is a new way of delivering information to the driver that takes some getting used to.

The gauge cluster is a full 12.3-inch LCD with some beautifully designed digital gauges and pretty nice transitional animation. You can configure this cluster to your liking as well. You can also get the new heads-up display with color readouts. If you’ve never been in a car with a heads-up display, it’s a feature that everyone should check out.

Back to CUE, which stands for Cadillac User Experience, and is their newest infotainment system found in everything from the ATS to the SRX and this new XTS. Everything about this system is touch sensitive, not just the screen. There are no traditional buttons here; you just touch the surface of the dash to interact with the CUE system. There is a feedback mechanism that gives you a haptic buzz to indicate a click has been made. The information displayed on the screen will also automatically condense after being left alone for a few seconds, then the system can recognize when your hand is close and pop back into action. These are all really cool and really advanced features to put in a vehicle and they are fun to play with, at least for the first few minutes. Unfortunately, the system feels clunky and isn’t very intuitive. Button pushes have to be direct and slow so a simple task like changing a radio station more than a few clicks down the dial can become a daunting task. It annoyed me plenty of times throughout our week of testing the car and I could only imagine the older buyer, to which this car is a target, trying to get used to these functions.

Thankfully, when it comes to the ride, it’s smooth enough and comforting enough to make you forget your frustrations that may come from navigating the CUE system. That’s right, this is no sport sedan; we’re back to having a floaty and comfortable Cadillac drive. Mostly everything about the steering feel and driving feel is numb while still giving you a sense of overall luxury.

Under the hood is a 3.6-liter direct-injection V6 engine matched up to a 6-speed automatic transmission, although it seems like 6-speeds in a luxury car these days is nothing with all the 7 and 8-speeds out there. The V6 pushed out 304-horsepower, and while that’s adequate, a flagship luxury sedan should really have more grunt on demand. Of course, for 2014, Cadillac seems to be working on that introducing a twin-turbo V6 pushing 410-hp. We’re looking forward to testing that thing out.

So does this XTS bring Cadillac back into flagship luxury territory? My experience says not quite. Granted that our decked out tester had a MSRP of $63,700 and you can pick up a base car for just over $44k, I’m just not sure if it stacks up to the premium cars already on the market. Cadillac is doing a lot of things right, however. This car offers you great and bold styling, loads of technology, and a nice interior. What it’s lacking, though, is a great interior and it’s just hard to imagine a flagship sedan being front-wheel-drive, even if it has an all-wheel-drive option. In my opinion, they should have gone for the gusto. Don’t worry about undercutting the competition on price, but beat them in quality. Unless Cadillac has something more up its sleeve, this was their opportunity to really make some waves and I can’t help but feel like they missed it.