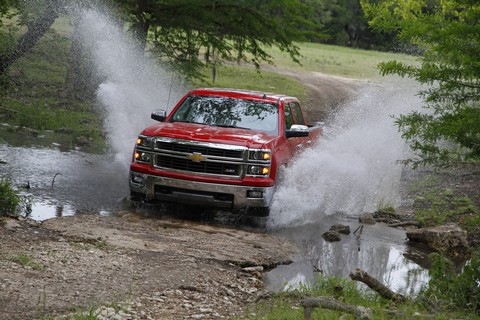 San Antonio – If only the defenders of the Alamo might have retreated to the La Cantera Resort, located high above an abandoned quarry well north of the oh-so-historic mission. Not, to be sure, that those defenders of the Alamo would have opted for the resort over their place in history, but the views – along with the Palmer Course – would have suitably diverted their attention (at least briefly) from their own mortality. And in beating the hasty retreat you’d be hard-pressed to find better transport than Chevrolet’s all-new 2014 Silverado.

While at least one GM exec at a previous Chevy intro (the Traverse) had difficulty getting his arms around the phrase ‘all-new’, there’s no need to stumble on the descriptive when discussing this Silverado. From rubber to rooftop this iconic Chevy has been completely reconsidered, reimagined and redesigned. And to the ever-lasting credit of the management team bringing it to showrooms this summer, they’ve taken the Silverado tradition – both mechanically and stylistically – and not screwed it up!

This press intro wasn’t the first sighting of the new Silverado, but it was the first opportunity for most automotive media to get behind the wheel. And the wheel, we’re happy to report, is perfect. Its rim diameter is thicker than the ‘90s-ish rim on its predecessor, but not so thick as that fitted to various Chrysler models. And its connection to the road is so much better than that of its predecessor we probably shouldn’t even reference them together within the context of a review. Beyond enhanced steering is significantly better braking, improved ride/handling and way better isolation from those noises generated by road, wind, traffic and congestion. In point of fact, the new Silverado is so refined you could easily slap on a Cadillac logo and leave the keys with the valet. 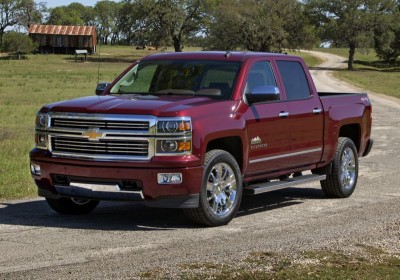 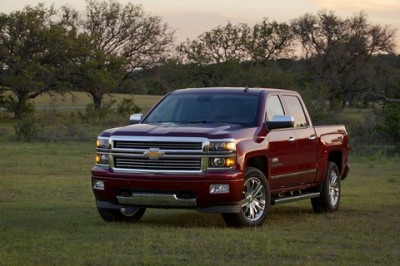 Of course, the General has no announced plans to slap on a Cadillac sticker. They did, however, announce plans for an upmarket equipment level, which they’ll call ‘High Country’. Sounding more than a little like a specialty brew from Golden, CO, the Silverado High Country – when officially launched in the 4th quarter – will be positioned opposite Ford’s well-regarded King Ranch, Ram’s Laramie Longhorn and Toyota’s about-to-be-introduced Tundra 1794 (and you’re allowed just a moment to digest THAT moniker. Time’s up…).

Unveiled for the first time at La Cantera, a pre-production example was coated in what GM calls Deep Ruby, while its interior was clothed in Saddle Brown. The combo was – at least visually – purty darn stunning (as they say), and left us hoping the final price might be south of SIXTY THOUSAND DOLLARS. But we doubt it. As told to us by Maria Rohrer, Silverado’s marketing director, this will be “the top model in the Silverado lineup, with a higher level of premium features and materials with a rich, Western themed appearance.” If you remember The Misfits, think of Clark Gable supplying the platform while Marilyn Monroe provides the wrapping. That, in a video-influenced snapshot, is the High Country.

The casual observer – and by our second margarita we were very casual – might wonder how the High Country will stack up to the Sierra Denali, which scores more than a little success for GMC. The High Country will feature a warmer color palette, while the Denali is all about cooler colors, a higher price and more standard content. And in marketing speak – which we could never make up – the target consumer for High Country is the ‘Everyday Hero’, while the Denali is most often purchased by the ‘Disciplined Achiever’. Really.

For us, Chevy’s High Country officially becomes the unofficial vehicle for NORML (National Organization for the Reform of Marijuana Laws). And on a higher note… 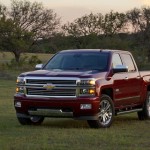 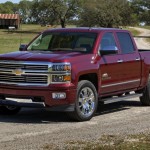 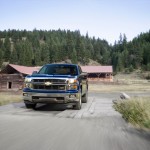 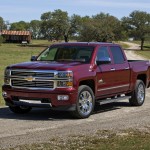 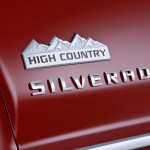 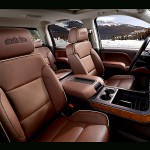