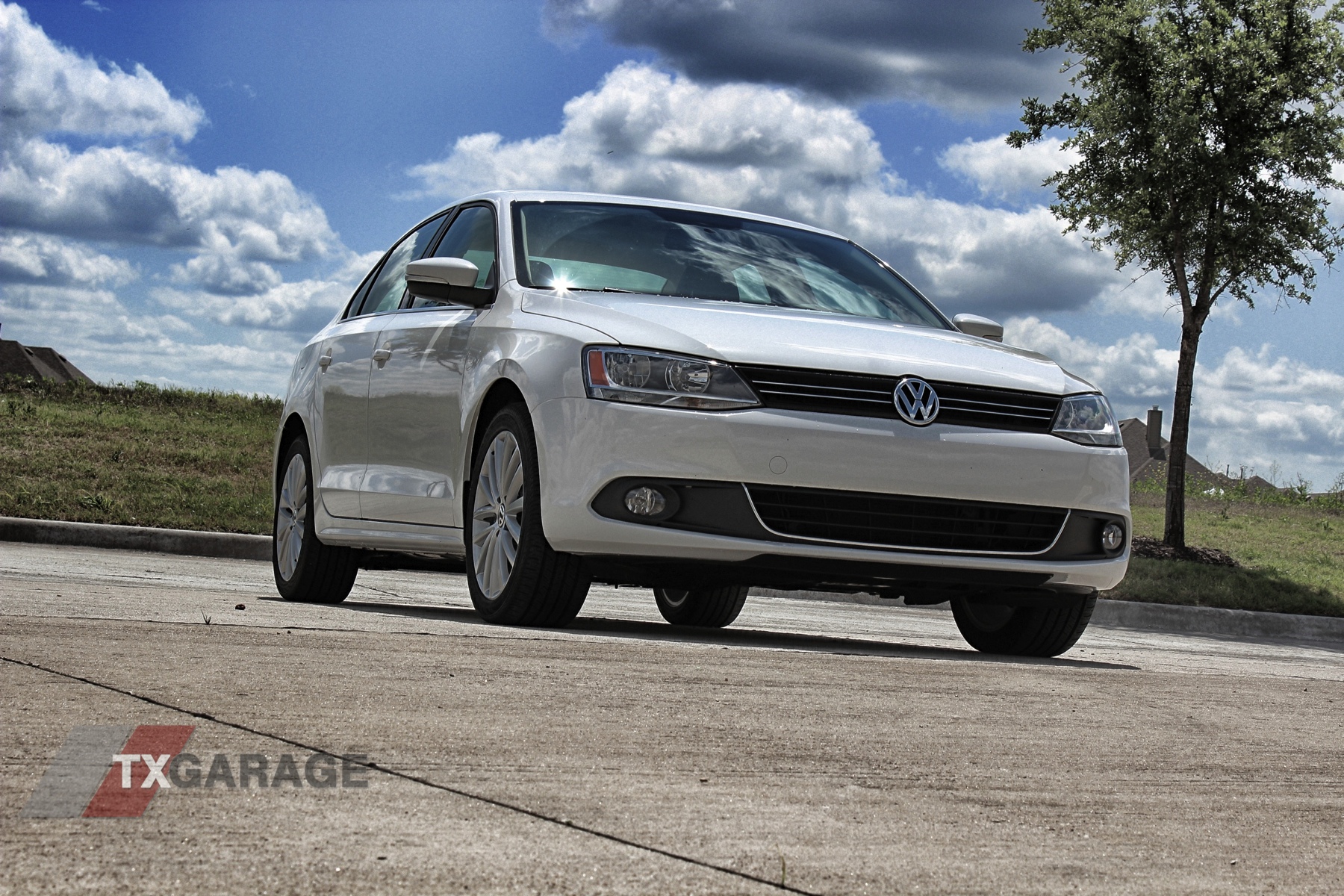 The Volkswagen Jetta has been around for a long time now. It was introduced to the world during the 1979 Frankfurt Auto Show and sale of the new offering started in North America later that same year. Now, 34 years later, we’re driving the 6th generation of this compact sedan. It’s no secret that Volkswagen is aiming to increase volume and has designed this new model to be cheaper in order to compete with the likes of the Toyota Corolla, Honda Civic, and new offerings from Kia and Hyundai. Their goal is to be able to reach 800,000 units sold in North America alone by 2018. So far, sales numbers have been doing really well for VW, but as they’re going backwards, other companies are steadily moving forward. So what do we think about VW’s chances of hitting that goal? Let’s just see.

This car underwent a redesign back in 2010. It’s a sharper, more handsome and a grown-up looking design overall compared to the past generations. You get a little more curvature in the body-lines, you get more stylized headlights, and an all-around more traditional sedan shape. It’s easy to just come out and say the car looks more boring, because it does, but this is the direction that VW felt it had to take to bring uniformity to the lineup and help increase sales. I was actually a big fan of the fourth-generation Jetta styling. This new one just doesn’t seem to stand out in the crowd, especially with some of the great designed offerings from Hyundai, Kia, and Ford these days.

One of the things that the Jetta and most VW’s have been known for is the quality of their interiors. I mean, how can a company that owns Audi and Porsche not know how to make a great interior? This sixth-generation car is no different. It’s not a luxury car and the materials are much cheaper than those you’d find in an Audi, but the way they are laid out and the way they feel gives them a much more up class look and feel over most of the competition. Our tester featured the dual-tone black and tan leather interior. The seats were comfortable and looked great. The steering wheel was beefy and felt good resting in your hands. All the controls were laid out well and easy to access. You really got the feeling that a lot more work was put into the interior ergonomics than was put into the exterior design.

The navigation and infotainment system is controlled by a 7-inch touchscreen, the same we saw in the VW CC we drove earlier this year. I still maintain that while it’s not the fanciest looking interface, this is one of the best systems as far as ease of use and easy to understand right away. It’s a very intuitive system that I continue to find myself liking.

Under the hood of our SEL trimmed tester is a 2.5-liter 5-cylinder engine pushing 170-horsepower through a 6-speed automatic transmission with Tiptronic and sport modes. This option should net you around 24-mpg city and 31-mpg highway. This engine was sufficient, but too often felt sluggish and underpowered for this car. Thankfully if you don’t like this option, VW has plenty to choose from.

The base engine, which I probably wouldn’t go for seeing as the 2.5 already felt sluggish, is the 2.0-liter 4-cylinder engine with 115-hp. This engine option is rated at 24-mpg city and 34-mpg highway. Slotted above the 2.5 we drove is the 2.0-liter TDI clean diesel engine. This engine is rated at 140-hp, but has much more torque for you to play with. It can also net an impressive 30-mpg city and 42-mpg highway. Next in line is the 2.0-liter TSI gas engine. This is a turbocharged option pushing a much sportier 210-hp. With this, you’ll be looking at consumption ratings closer to 22/33. Last but not least is VW’s new hybrid powerplant. It’s a 1.4-liter 170-hp TSI turbocharged hybrid engine. All of this working in harmony adds up to 42-mpg city and 48-mpg highway. I had the chance to drive this car at an event here in Texas and was quite impressed with the overall refinement and feel of this option.

Enough about what powers this car; let’s talk about the ride and handling. This is an area where we can noticeably see where budgeting and cost cuts come into play. The previous generation was equipped with a multi-link rear suspension, but in this new Jetta, that has been replaced with a cheaper torsion beam axle, coil springs, and telescopic dampers. You might be saying to yourself that only an automotive guy or enthusiast driver will be able to tell the difference, and you might be right most of the time, but when you get on a rough and especially curvy road, even a novice driver can tell that this car isn’t quite as up to snuff as the previous one.

This is one crowded segment and I understand doing what you can to bring the overall price down to help increase volume. I’m just not sure if, in the long run, it’s going to pay off for VW. We’ve already mentioned cars like the Toyota Corolla, which is a basic and appealing car, but wins in sales because of it. You can get a Honda Civic which has gone through 3 or 4 redesigns in the past 2 years as Honda desperately tries to hold on to what market share they still have. You can now have a Kia Forte or Hyundai Elantra. Both are great looking cars and come well equipped for the price. They both also have interiors that could rival that of the Jetta. You can now look at offerings from domestic companies as well. The Ford Focus is one of our favorite cars in this segment now as it looks great and has one of the best interiors in the business. It also handles and drives extremely well and if you’re really looking for fun you always have the ST in your stable. Even the Chevrolet Cruz is a great looking option with a nice interior and decent starting price.

Our SEL trimmed tester with navigation and automatic transmission had an MSRP of $25,250. You can get into a base S model for only $16,720.

The bottom line is that the Jetta is still a good car. The changes VW has made has made it much more competitive in the growing market, but it’s got a slew of great cars ready to compete all offering their own special perks. Overall, I’m not disappointed with the Jetta. It would be just fine for most people, but if I were throwing down the money today, it would be on either a Focus or Forte.