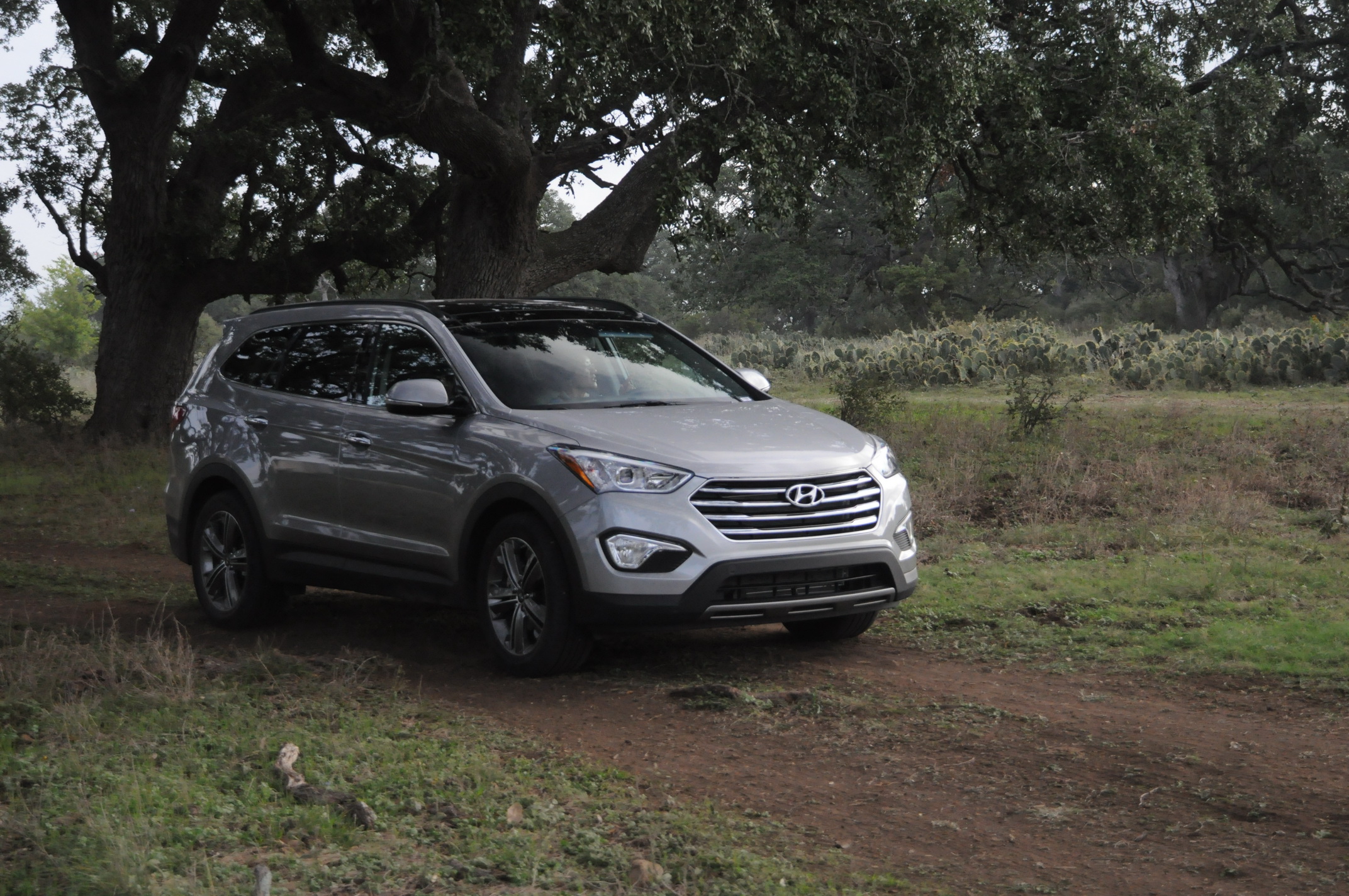 Congratulations to everyone at the Hyundai organization!

We have been big supporters of what Hyundai has been doing for the past few years and this is a trophy well deserved. The Santa Fe and Santa Fe Sport are both fantastic SUVs.

The all-new 2013 Hyundai Santa Fe has been named the 2013 “CUV of Texas” by the Texas Auto Writers Association (TAWA). Issued at the 21th annual Texas Truck Rodeo near San Antonio, the win complements the Santa Fe Sport’s victory as “Compact CUV of Texas” in last-year’s competition.

“We are very pleased the 2013 Hyundai Santa Fe has been named ‘CUV of Texas’ and proud to see that the Santa Fe family continues its winning streak at the Truck Rodeo,” said Mike O’Brien, vice president, Corporate and Product Planning, Hyundai Motor America. “Given the fact that Santa Fe Sport was named Compact Crossover at last year’s Rodeo, TAWA members have further confirmed the amazing versatility of this crossover with its five, six or seven passenger configurations.”

Comprised of active TAWA media members, the 2013 Texas Truck Rodeo evaluated some of the industry’s leading trucks, SUVs and crossover utilities. In order to put each vehicle through its paces, the famed Knibbe Ranch in Spring Branch, Texas served as the event’s proving grounds. With driving surfaces varying from bumpy pavement, loose gravel, slick mud, steep hills, jagged rocks and water crossings, each candidate stayed busy throughout the two days of testing.

“TAWA members overwhelmingly selected the 2013 Hyundai Santa Fe as the Crossover of Texas,” said Michael Marrs, TAWA President. “Crossovers are important to Texans as they need vehicles that deliver on comfort, functionality and reliability. Hyundai exceeded those expectations and had the best product in the category.”

Entered into one of the most cross-shopped segments in the automotive industry, the Santa Fe topped tough competitors such as the 2014 Dodge Journey, 2014 Chevrolet Equinox, 2014 Kia Sorento, 2014 GMC Terrain Denali and 2014 Mitsubishi Outlander. Hailed by journalists for its blend of value, mileage, capability and driving dynamics, the Santa Fe found its way up rocky hills, down steep inclines, and around sweeping back-roads all while returning impressive fuel economy and pleasing driving dynamics.

With two days of evaluation, TAWA members judged the vehicles on a variety of considerations. Aspects from exterior styling to road manners as well as pricing, fuel mileage, and off-road capability were all taken into account. Voting was conducted anonymously via electronic ballots.

An all-new “Fluidic Sculpture” design gives the third generation Santa Fe the impact of constant motion while opulent interior features such as heated seats and a leather-wrapped steering wheel give world-class comfort and amenities. Combined with 320 lb weight loss compared to the outgoing Veracruz model and an IIHS “Top Safety Pick”, a base price of $28,600 keeps the 2013 Hyundai Santa Fe competitive in a very crowded segment.