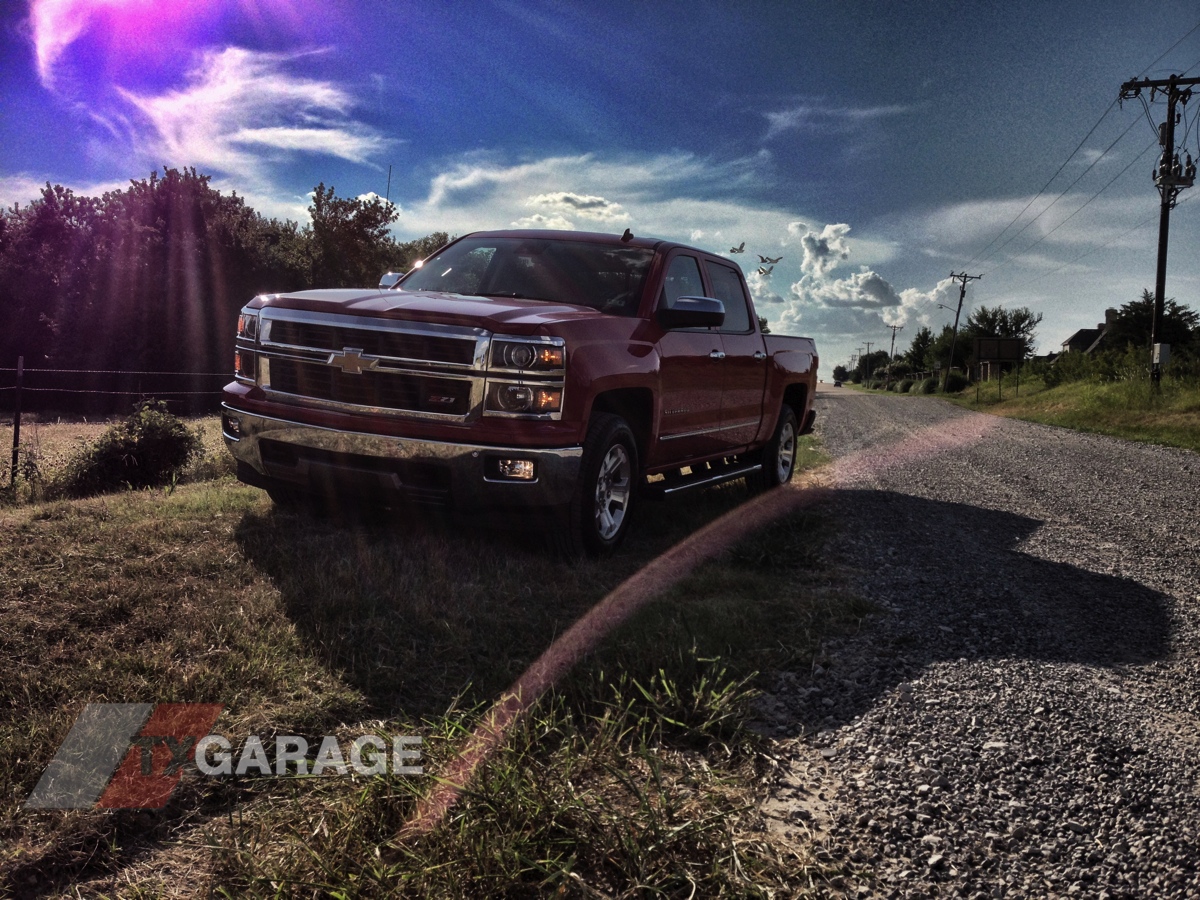 Chevrolet first attached the Silverado nameplate to their full-size truck in 1998. In the 15-years since, it would seem to many like the truck hasn’t changed much. Although that’s not entirely true, it has been from 2007 since we’ve seen any real updates; so this 2014 has been a long time coming. With all that time and all the heritage associated with Chevrolet trucks, they were faced with not just making something new, but also keeping up with its legacy and being able to retain loyal customers. We talk about trucks a lot here in Texas and sometimes we dismiss the fact that one in every six full-size trucks sold calls our beautiful state home. The great metroplex where our offices reside, Dallas – Fort Worth, is home to more pickup trucks than most states. These facts are not lost on the folks at GM and that’s why they show a lot of dedication love to the Lone Star State.

Although this truck has been completely redone, the most immediately visible evidence of that is its front-end. Up front, this new truck sports a much larger grille with a higher and more squared-off hood line. The larger, rectangular headlights now feature projector beams. Looking down the side of the truck, you might almost mistake this one for it’s previous generation but the flares over the wheels are larger and more squared off. Around the back, you’ll notice new steps embedded into the bumper of the truck. All these improvements in detail give the new Silverado a more distinguished and thought-out look while adding functionality.

Inside the cabin is where this truck really needed the most work and thankfully that’s where Chevrolet spent the most time. The new interior is much nicer than the old trucks. It’s more on par with the Ford and Dodge trucks out today where the previous generation was left many years behind. It’s also an incredibly quiet ride. It’s not just the materials used, but also the technology added and the attention to detail.

Integrated into your instrument cluster is an LCD information display. This display can show a plethora of information including towing info, tire pressure, speed, engine stats, and more. We’ve also been inundated with the new MyLink system which offers cool features like 3D maps, apps like Pandora, Bluetooth and phone connectivity with a very tablet-like look and feel. One of the coolest things I found that surprised me the most was actually the access to power and connectivity. Right in the dash mounted below all of the controls is 3-USB ports, 2-cigarette lighter sockets, and 1 full 12-volt plug. I thought this was great and am looking forward to seeing more and more vehicles giving you more options like this.

More new tech includes a hill-descent control that helps the truck keep its composure while going down a steep decline. This feature didn’t work out as well as other systems we’ve tested in other vehicles. It seems like it needed a little more fine-tuning. You also get a lane-departure warning and front collision detection system. Much like the Cadillac’s we’ve driven recently, to alert the driver you get a small vibration in the seat. I really like this system as it’s much better than an audible beep and seems more easily detected than a shaking steering wheel.

Under the hood, you have 3 all new options of power plants. The base option is a 4.3-liter EcoTech3 V6 which pushes 285-horsepower and 305-lb-ft of torque. You can also have a big 6.2-liter EcoTech3 V8 under the hood which will net you 420-hp. Or you can have what was under the hood of our test truck; the 5.3-liter EcoTec3 V8 delivering 355-hp and 383-lb-ft of torque. Chevrolet says that 2 out of every 3 buyers will opt for this setup. The 5.3 is rated its max-towing capabilities at 11,500-lbs when equipped with a tow package.

They’ve made a lot of technology updates to the engine as well, best visualized by the EcoTech3 name, including cylinder deactivation for better fuel economy. The 5.3-liter has an EPA-estimated 16-mpg city and 23-mpg highway for the 2-wheel-drive and 16/22 for the 4WD setup. The transition for deactivation is seamless and is near impossible to detect.

The new truck is also fitted with an electric power steering to help those fuel economy numbers. We’ve had some negative things to say about electric steering before, but GM hit it on the nose with this rack. It’s weighted just right and again, if you didn’t know it was electrically powered, you’d assume it was a standard hydraulic system with high quality hydraulic hoses.

Base starting price for this new truck is just $24,585 which is a very competitive price. Getting into the top trimmed LTZ/Z71 you could look at spending upwards of $51,000. Our tester was the 1500 Z71 4WD LTZ Crew and with the addition of a power sunroof, MyLink audio w/8-inch touch screen, 6-inch chrome assist steps, heated and cooled leather seats, trailer brake controller, movable upper tie downs, and LED lighting in the cargo box came in with a price of $49,590.

In contrast, the King Ranch we reviewed a few months back – which I’d argue still wins with comfort and interior quality – had an MSRP of $54,955. A Ram 1500 Laramie Limited, similarly equipped, will set you back about $53,000. So it seems like the Silverado could be a pretty good buy for the money, but is it the truck for you? I think it all comes back to loyalty and heritage when you’re looking at buying a truck. A year ago, I would have said don’t consider a Silverado when you’re looking at new trucks. Today, I say why not?