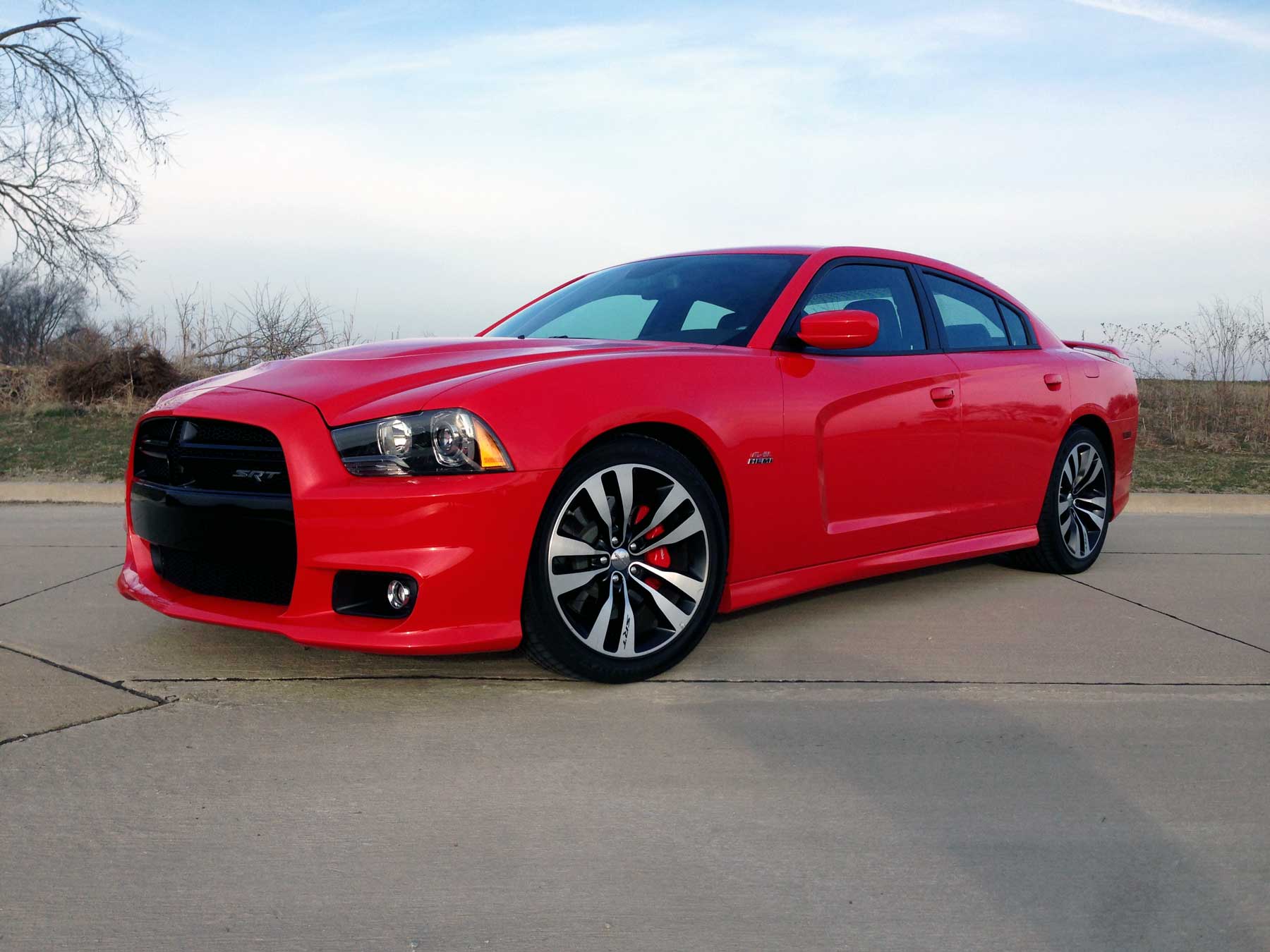 This week, we’re driving the seventh-generation Dodge Charger and the second gen since its resurrection back in 2006. Although the car has gotten a lot of flak about its size and driving dynamics, Dodge has spent the past few years really refining this platform and honing the spirit that is the Charger. We’ve had many opportunities to drive these cars in both high-performance trimmed SRT and economy focused sporting a V6 engine and 8-speed transmission. So the question is, does this modern muscle car live up to its heritage and is it something that fits in a Texas drivers lifestyle?

Well, we like big and aggressive and that’s exactly what this car delivers. There’s no mistaking the aggressive sheet metal surrounding the Charger and in SRT trim, it’s turned up to eleven! There are angles and creases coming down the nose of the hood pushing down into the big, open grille. The headlights are almost triangular like an angry bear looking at you ready to pounce. Down the side, you get more aggressive lines almost forming a side scoop look. Moving around the rear, you get the same seamless tail-lamp but you also get large, dual exhaust tips that belt out with a beautiful noise giving a hint of what’s under the hood.

Before we go under the hood though, let’s take a look inside. This is an area where Dodge has been making up tons of ground and it was badly needed in this car. The leather wrapped steering-wheel felt great in your hands with metal paddle shifters placed easily within reach. The seats, again leather, were extremely comfortable and, unlike the seats of the previous generation, these had bolsters that would actually hold you.

The instrument cluster features a nice, LCD display packed in the middle of your speedometer and tachometer that can give you anything from your tire pressure, radio station, or even how many G’s you’re pulling. Also equipped is an 8.4-inch vivid touchscreen display with Uconnect and SRT-Performance Pages. The Uconnect is your infotainment interface which gives you audio control, navigation, and climate functions all in one unit. SRT-Performance Pages is a special section that can show you more gauges and info about your car as you’re pushing it to the edge. You can also track 0-60 times and see your G-rating for acceleration, braking, and cornering. Besides bragging rights, I’m not sure how practical this is, but it can be fun to play with. 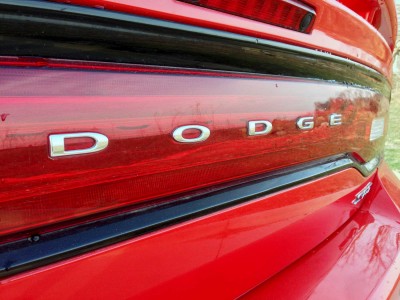 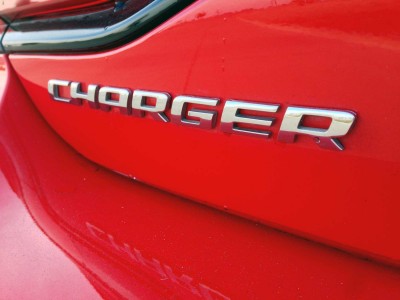 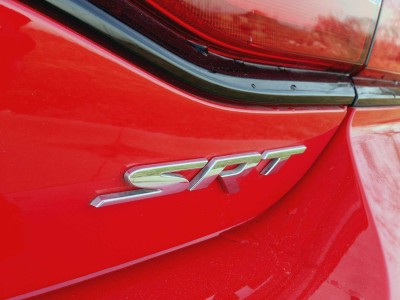 Now it’s time to get under the hood. The SRT8 is powered by the 6.4-liter HEMI V8 which pushes out 470-horsepower and 470-lbs-ft of torque. This massive, naturally aspirated engine will move this massive sedan from 0-60 in just under 5-seconds. While just messing around with our test car, I was able to push it from a standstill to 60-mph in a brisk 5.2-seconds, and that was hardly even trying. Breaking the wheels loose under full throttle with traction control on is pretty easy. Take traction control off and you’re just asking for trouble. There’s plenty of power making this angry beast ready to explode on a moment’s notice.

With all that power, it’s a must to have good brakes and competent suspension. Braking is handled by massive 14.2-inch Brembo’s in the front and 13.8-inches in the rear. You think 0-60 is fast, how about 60-0 in just 120-feet. On the handling front, you get adaptive damping suspension which allows for three different vehicle modes including Auto, Sport, and Track. You also get Launch Control standard to help maximize straight-line acceleration.

All of this braking and handling put together doesn’t change the fact that the Charger is one big and heavy sedan. This isn’t a tight sports car and in no way does it feel like one when pushing it to the limits. But that’s not necessarily the point. The real point of the SRT Charger is to be a big, fun muscle car and on that front, it delivers over and over again.

While a base Charger will start out at just $26,995, the SRT pushes that up to over $47k. Our tester, though, with just a few options, had an MSRP of just over $52k. So for all the fun and power, you do have to spend some money, but is it worth it? For me, I’d have to say no. I’m more into the tight, sporty feel of the car over the overall power. I’d much rather spend my money on something like the WRX we reviewed last week or even something like the FRS or Genesis Coupe. If you’re not into the sports car thing, though, and you’re looking for a true muscle car with loads of interior room, a nice interior, and power that will have you laughing and crying, this is the car for you. 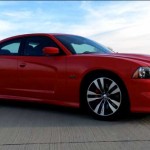 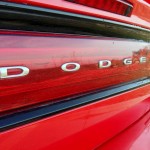 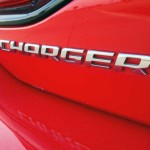 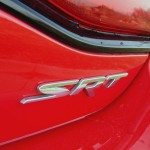 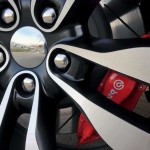 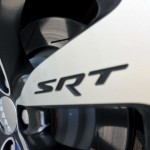 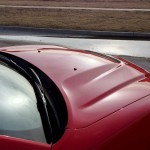 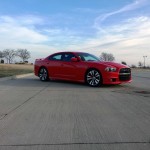 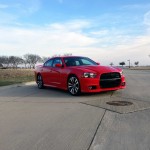 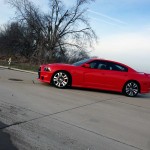 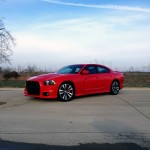 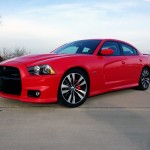 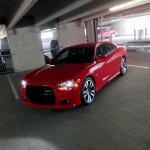 2014 Dodge Charger SRT in the garage at TXGARAGE – Article Here 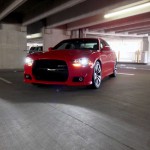 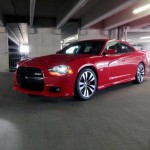