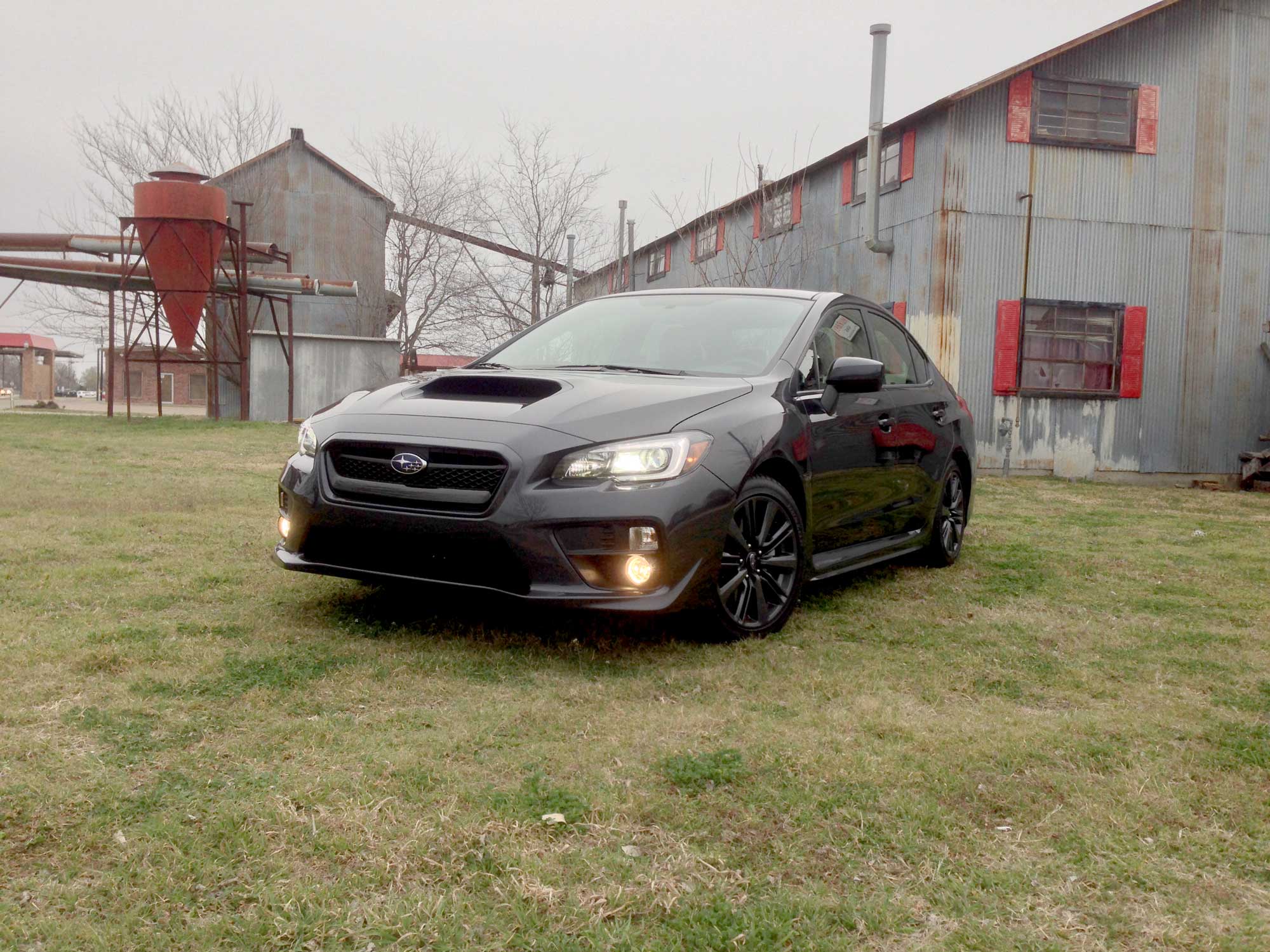 There’s no stopping the drool…

The last time I was able to get behind the wheel of a WRX was actually in 2011, and I was driving the STI on a track in the soaking wet. I’ve been a big fan of this car for some time, but that driving experience really helped me gain even more respect for just how great this car really is. Fast forward a few years and we’re driving the newest generation with a new engine, new dynamics, and an all new look. So the big question always is, has Subaru done the heritage of the WRX justice or has it gone horribly wrong?

The new styling:
The new styling has caused some drama for Subaru. One big example is the fact that they’re no longer offering a hatchback version of the WRX. I’ve also heard their styling is trying too much to look like an EVO. I’ve even had people saying it looks like the Toyota Camry. Yes, that’s a big diss. Personally, I really liked the styling of the first and second generation WRX’s that was brought over to the U.S. market. I really don’t mind the styling, though, and to me, it looks more BMW-like, at least from the rear, than anything else. What really matters, however, is that it’s aggressive and distinct.

Looking at the front-end, you’ll notice a much more aggressive nose with bigger grille openings. The headlights are more squared off, but angled to match the bold lines of the nose. Of course, you still get a massive hood-scoop to help capture air flowing over the hood and force it down into the intercooler sitting on top of the engine.

Around the sides, you get bold fenders with a few dynamic body creases, bringing the aggressive angles from the front to the rear. Moving along the rear, you might notice, as I did, the similarity to some BMW designs. The squared off taillights, flat back, and trunk-mounted lip spoiler all scream 3-Series to me. 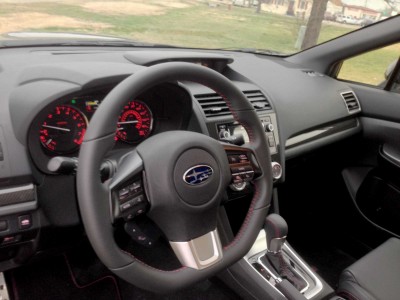 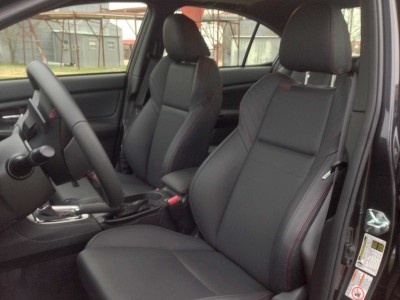 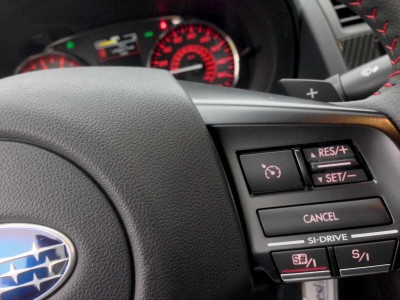 Inside the beast:
Along with updating the exterior, Subaru spent a lot of time inside this car. This is by far one of the nicest of their product I’ve ever been inside. The seats were downright comfortable with large bolsters and nice leather. The steering wheel was thick and felt great in your hands. It’s not just nicer, but it’s also larger with a 19-cubic-foot trunk, flat-load floor, and folding rear seats. You still get a lot of room despite not getting a hatch.

The only part of the interior that I can really complain about is their navigation system. This is the same old unit they’ve been using and it’s in desperate need of an update. Other than the unit itself, the overall quality of audio and anywhere else inside the car is great. 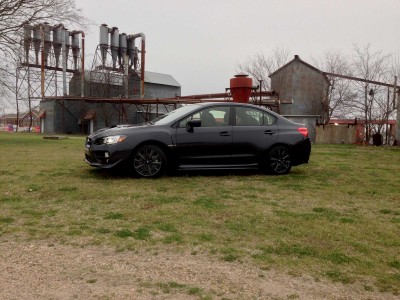 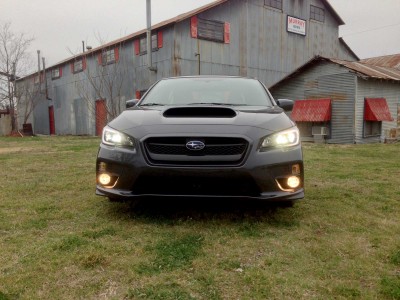 What’s up, under the hood?
Another bit of hot-drama is the removal of the 2.5-liter boxer engine in favor of a 2.0-liter. It’s a worthy trade off, though, as you now get the all-new twin-scroll turbocharged direct-injection boxer engine pushing 285-hp and 258-lb-ft of torque. Looking at the older 2.5-boxer, you only got 265-hp and 244-lb-ft. Those are some pretty good gains for dropping displacement.

They did a lot of work to get those numbers, too, including evening out the exhaust headers to equal distances. This allowed for better airflow and some gains in overall performance, but it also quieted down the exhaust noise and trademark burble. Some enthusiasts might sneer a little at that, but there’s always the aftermarket for things like that.

Our tester was equipped with the 6-speed manual transmission which just turned the fun up to eleven. If you opt for an automatic, you’ll be looking at a CVT that can be used in 6 or 8 speed configuration. I’ve heard the CVT is a pretty good system, but I’ll take the manual any day. This manual especially! Driving and shifting with this 6-speed reminded me of the BRZ and its great gear shift. It feels so direct and mechanical, so every throw makes you want to drive the WRX harder and harder.

The big bang! Handling like a pro.
Out of everything touched and retouched on the new WRX, the main focus was given to handling, and it really shows. The underbody has been redesigned and stiffened for a more solid feel. Reflex from the steering and suspension has been improved for immediacy. They’ve completely revised the high-performance suspension and springs, and damper rates, upgraded the anti-roll bars, and fitted better performance tires allowing for outstanding grip and control. Keeping that control, no matter the weather, comes thanks to the symmetrical all-wheel drive system. This system defaults to 55% of power pushing the rear wheels, but can automatically adjust to road conditions giving the best traction and limiting slip ensuring performance anywhere, any time.

By far, this is one of the best handling and driving cars I’ve driven. Add all that handling up with a great 6-speed, a great engine, a solid interior, and an aggressive design, and you have what’s now my favorite car in the market.

Competition and Price:
You could easily compare the WRX with the Lancer of similar specs, but I really think this new car will blow the Mitsubishi away. The closest sporty compact that kept coming to mind is the Ford Focus ST. Both have great turbocharged 2.0-liter engine, although the WRX has a slight power advantage by about 30-hp. They both have great manual transmissions and great handling. The ST comes in at a slightly lower price as its base MSRP is $23,625. The base WRX will run you at $26,295, and our tester with the leather seats and navigation system maxed out at $31,990. Both are incredible deals for the performance they provide. Choosing one over the other might just come down to preference, but you really can’t beat the overall package of this new 2015 Subaru WRX. 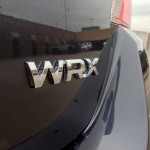 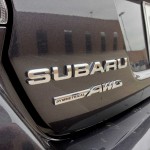 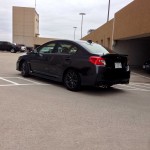 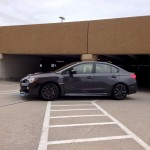 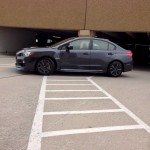 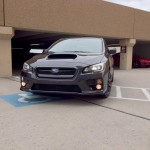 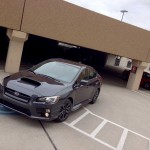 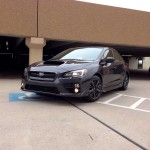 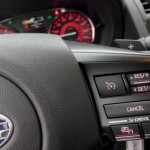 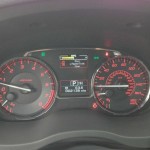 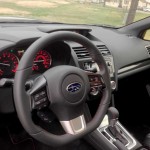 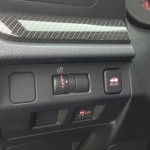 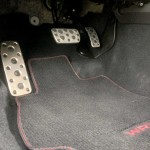 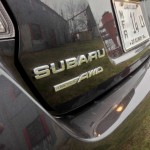 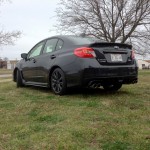 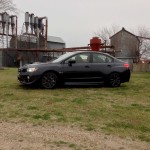 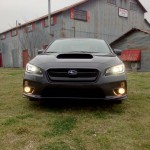 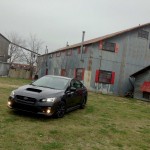 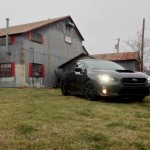