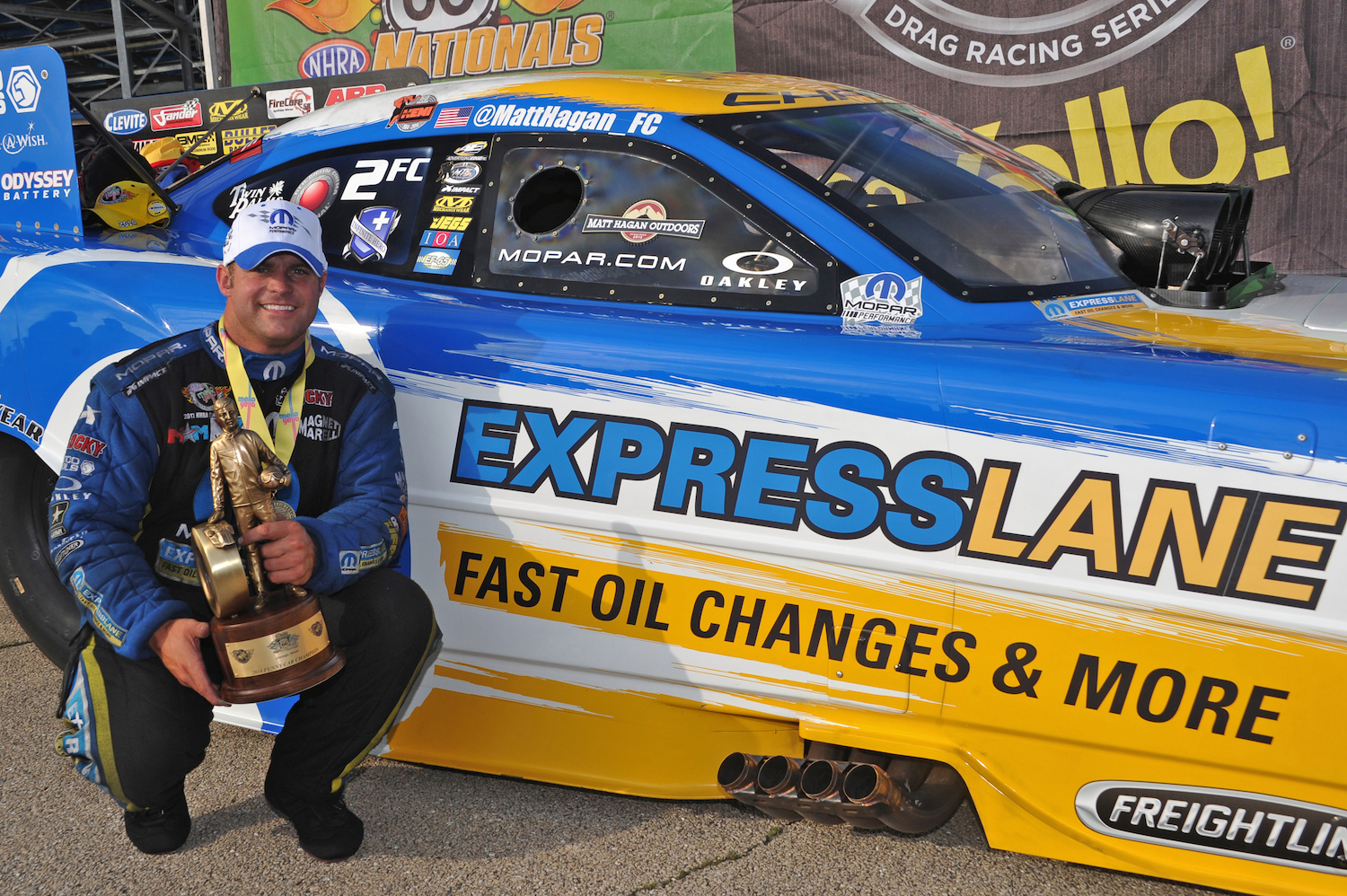 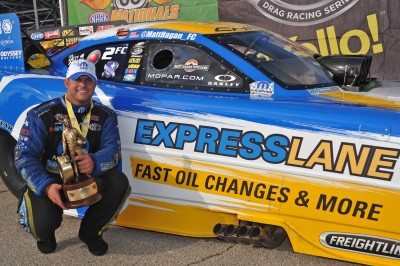 June 29, 2014, – He had to beat all three of his Don Schumacher Racing teammates to earn it, but Matt Hagan drove his Mopar Express Lane Dodge Charger R/T to a much needed Funny Car title win at the 17th annual Route 66 National Hot Rod Association (NHRA) Nationals near Chicago on Sunday.

“It’s just good to turn on four win lights again,” said Hagan who’s 11th career win helped extend Mopar’s recent string of victories, in either the Pro Stock or Funny Car class, to six national events. “It’s not been as long as some people but it was long enough. Hopefully we can carry this momentum on but we just have to enjoy the moment right now. It does make you realize how hard these wins are to get and when it does come together you don’t want the day to go away.”

“Congratulations to Matt Hagan for getting back on track with his second final round appearance of the year with this win at Joliet aboard the Mopar Express Lane Dodge Charger R/T,” said Pietro Gorlier, President and CEO of Mopar, Chrysler Group LLC’s service, parts and customer-care brand. “We look forward to watching Matt and his Don Schumacher Racing teammates contend for more wins this season in celebration of 50 incredible years of 426 Race HEMI.”

Hagan snapped an eleven-race winless streak by driving past teammate Jack Beckman and opponent Bob Bode on his way to a semifinal showdown against his other fellow HEMI-powered teammate, Ron Capps. It was also the first time this season that three DSR Dodge Charger R/T machines have advance to the semi-finals.

It took a hole shot win against Capps for Hagan to advance to his second final round elimination since his runner-up finish in the 2014 Mello Yello Drag Racing Series season opener. Hagan rose to the occasion and defeated Tommy Johnson Jr. in an all-Mopar final, to become the first DSR driver to defeat all three teammates en route to an event title.

Bolstered by consecutive title wins at the last two national events by DSR teammates Johnson and Capps, Hagan and his Mopar crew brushed off six first-round losses to score their first victory of the season and the first trip to the winner’s circle since the 2014 season finale in Pomona.

It’s been a humbling year for us,” said Hagan who climbs from 10th to eighth in the Funny Car points standings with his efforts this weekend. “Last year we came out and won five races and you think that you’re going to set the world on fire the following year. We just kind of fell off. These guys have been keeping after it.”

With his runner-up finish, No. 1 qualifier Johnson moved into second place in the standings behind points leader, Robert Hight, and will look to keep the momentum going through the fourth event in as many weeks next weekend in Norwalk, Ohio.

“I wanted to win, but if you look at the weekend as a whole, it was great,” said Johnson who also posted his first run under the four-second barrier in qualifying on Saturday “We got into the 3’s, we were No. 1, and we went to the finals. The Make-A-Wish team is so good that it’s hard not to be disappointed with a runner up, but you take a look back at it and have to think, okay, we did really well.”

Eliminations for the Mopar contingent in Pro Stock competition didn’t fare quite as well at Route 66 Raceway. No.1 qualifier, Allen Johnson lost his chance to take the “Magneti Marelli Offered by Mopar” Dodge Dart past the second round after losing on a holeshot to Dave Connolly with a .003 second margin of victory.

Last year’s event winner, Jeg Coughlin Jr. didn’t get a chance to repeat after his JEGS.com Dodge Dart jumped the green light start by .001-seconds in his second round match-up against Vincent Nobile. Nobile went on to the Pro Stock title win on a hole shot against teammate Jason Line.

This marked fourth time this year that the reigning NHRA Pro Stock Champion has had a premature exit from eliminations due to a red-light start, but the Mopar driver remained philosophical about it.

“The racing out here is at such a high level that you have to push everything to the edge,” Coughlin said. “We’ve come up just a few thousandths of a second short a few times this year, but we have a bunch of times where we’ve been on the right end of that same situation, so I tend to not let it bother me.”

“I hate it for the guys because they continue to give Allen (Johnson) and I great race cars,” said Coughlin who despite the second round loss remains second in the standing and just one point ahead of his teammate. “But we won’t hang our heads. There’s too much to be excited about, and we’re proud of what we’ve done to get up to second place in the points.”

Fellow HEMI-powered driver V. Gaines suffered a similar fate with his own red-light foul in the first round of eliminations.

The next stop for Mopar teams and drivers will be this upcoming Independence Day weekend for the 8th annual Summit Racing Equipment NHRA Nationals on July 3-5 in Norwalk, Ohio, for the fourth and last in a stretch of consecutive events, and 13th of 24 Mello Yello Drag Racing series national events in 2014. 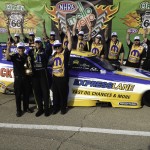 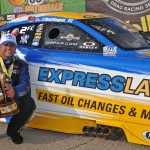