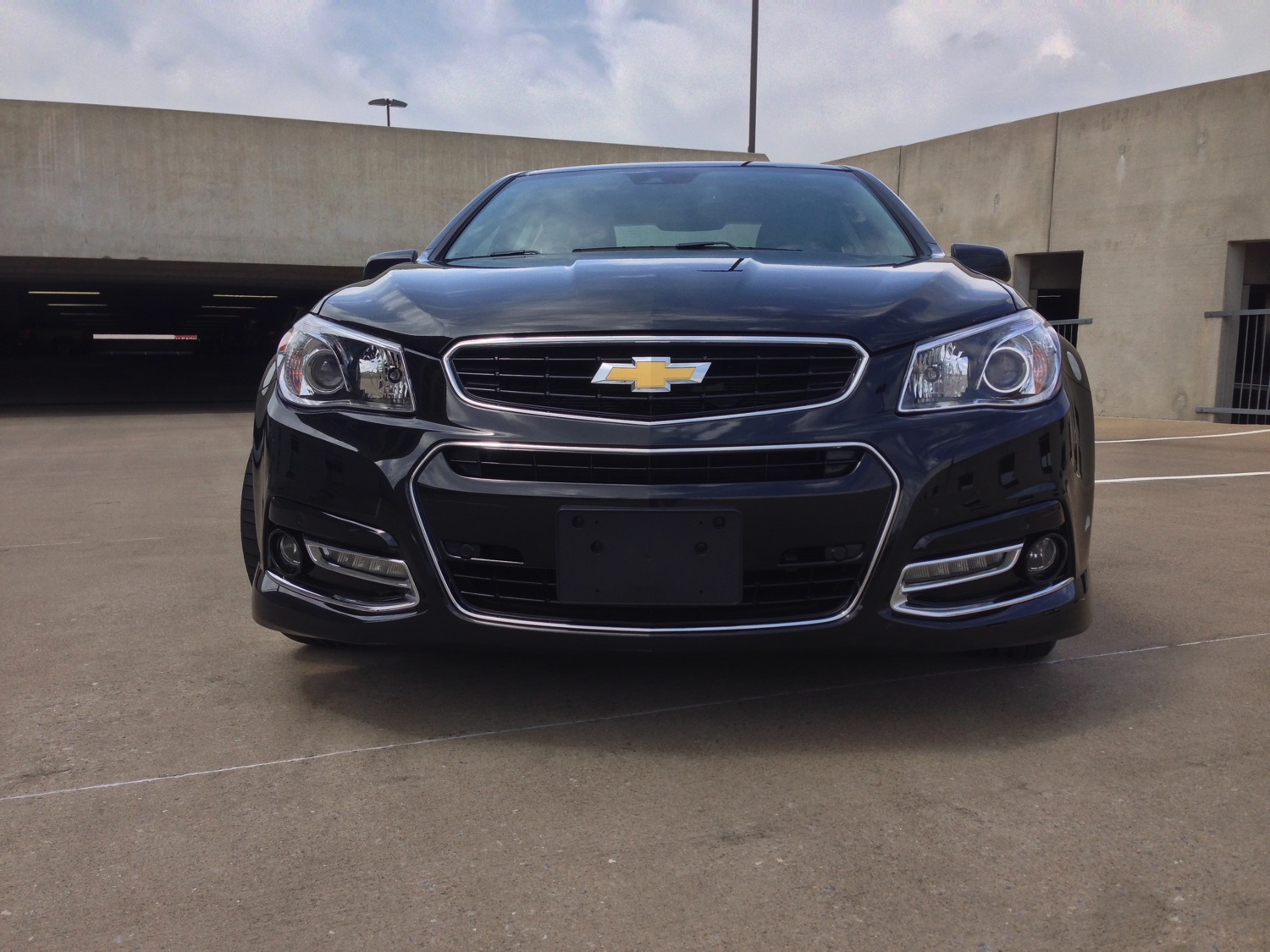 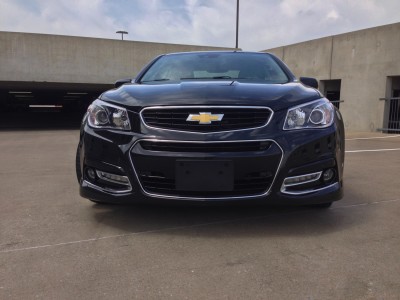 The 2014 Chevrolet SS Sedan by txGarage

Back in 2008 when GM decided to dissolve Pontiac, it was a really sad time for automotive enthusiasts as they were finally starting to put forward some pretty interesting vehicles. This includes the Solstice, the GTO, the G6 GXP, and of course, the G8 sedan. All of these vehicles were making progress for Pontiac helping them regain their sporting and performance heritage. Although they have all died off with the Pontiac name, one still lives on. The new Chevrolet SS is based on the G8, which was based on the Australian Holden Commodore, featuring a rear-wheel-drive platform and a big American V8 under the hood. In my humble opinion, this is a formula that all manufacturers should strive to have in their lineup. I really loved the G8 for what it was and after spending a week in the SS, I can confidently say I love it even more. Let’s take a look at why.

The one thing people will give the SS grief over is its basic styling. At first, I tended to agree with the critics pointing out that the G8 was much more flashy and aggressive. Even after being in this 4-door muscle car for a week, I still have trouble distinguishing it from a Malibu when passing one on the road. That might be saying a lot about the Malibu or saying very little for the SS; you decide.

Don’t be completely fooled, though, there are some aggressive and sporty features around this car giving it some extra flare. The hood, for example, is bulging giving a hint of the massive power plant that lurks beneath. The front grille is wide open and large allowing that thing to breath. Around the sides, you have larger wheel arches hanging over the 19-inch by 8.5-inch wheels and 245/40R19 (front) 275/35R19 (rear) tires. Around the back is a sporty-looking lower diffuser highlighting two massive exhaust tips which don’t just look the part, they sound the part as well. So for the people who might be hating on the looks of the SS, just keep in mind it’s done intentionally, and if you’re looking for a muscle car, you have the Camaro. This is more of a stealth fighter that your competition isn’t expecting to blow their socks off. 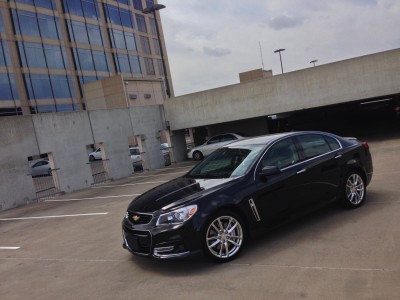 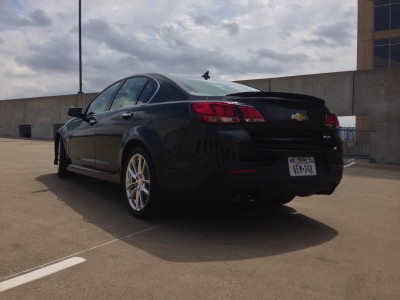 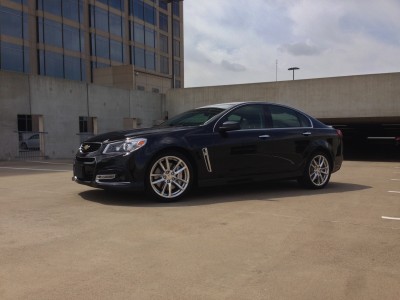 Inside is pretty nice with some sporty touches as well. The leather seats are comfortable with adequate bolstering to remind you this isn’t your everyday sedan. Along the edges of these seats is red stitching to help them pop. You also get a big SS embroidered in the sholderline of the front two seats. The dash has a good mix of leather and suede helping the accent lines. The instrument cluster features a basic, but large, rev-counter and speedometer with the drivers information screen squished between the two. The driver also gets to take advantage of GM’s heads-up display so they never have to take their eyes off the road. The infotainment system is Chevy’s MyLink displayed on a large 8-inch touch-screen. This will also interface with the premium Bose 9-speaker audio system. Overall, they’ve delivered where they really needed to for this car’s interior. It’s nice, sporty, and has good technology and it really shows how GM has been working hard on their interior designs. 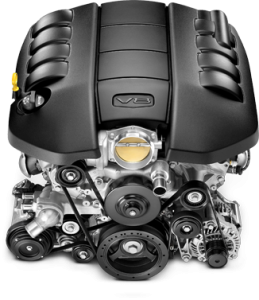 No matter the interior what you really want to know about is the beast under the hood. This SS has the 6.2-liter V8 pushing 415-horsepower through a 6-speed automatic transmission. You also get the extra comfort of having TAPshift, StabiliTrack electronic stability control system, and the traction of a limited-slip differential all helping to really put the power to the ground. All of these systems tied in with the big V8 helps you go from a standstill to 60-mph in just 4.7-seconds. Of course, if you’re going that quick, you also need to be able to stop just as quickly so Chevrolet has also equipped this SS with race-proven Brembo 4-piston brakes with two-piece aluminium front calipers and massive 14-inch rotors.

Forget any marketing or tech talk for a moment and let’s just focus on how it is to really drive this Super sedan as a daily driver around DFW. Basically, it’s exactly what I’m looking for in a car. You have power on tap so passing slower vehicles is made easy. You can also maneuver around any on-ramp or exit with some great handling. The suspension in the SS may be a little stiff for some, but it’s really there to remind you that this is no ordinary sedan and if you’re thinking about getting one just test drive it to get the feel. When you’re able to get off the crowded streets of the city and you’re really ready to open the tap, this car really starts to shine. For me, this is the perfect balance of power and handling for a sedan.

Now the only question left is how much? The base MSRP is $45,770 and there’s not many options to push that up much more. You can have a sunroof for an extra $900, but that’s about it. Still though, having a Chevy sedan pushing $45-$50k is a tough call, so let’s look real quick at some competition. Looking for a V8-powered rear-wheel-drive sedan doesn’t leave you with many options. You could look at the big brands like BMW, Mercedes, and Lexus, but these all cost even more and are more in line to compete with the Cadillac. You could look at the new, and very impressive, Hyundai Genesis Sedan. Even this though, when packed with a V8, now has a base MSRP of $52,450. Nothing that Ford or Lincoln make really can compare either, but what about the Charger from Dodge? If you’re looking at a Charger with a V8 and leather interior you can get one at just over $30,000 which is really good, but I think the SS is a much better drive and has a much nicer interior. 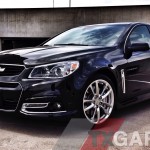 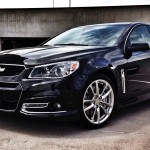 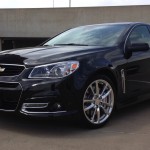 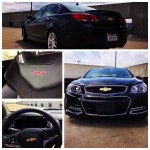 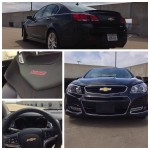 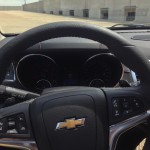 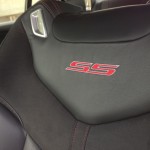 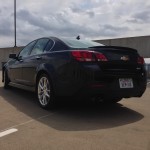 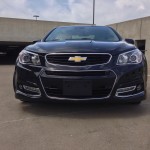 The 2014 Chevrolet SS Sedan by txGarage 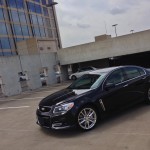 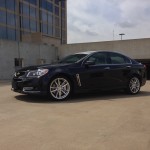 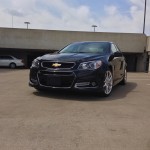 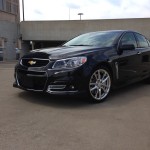