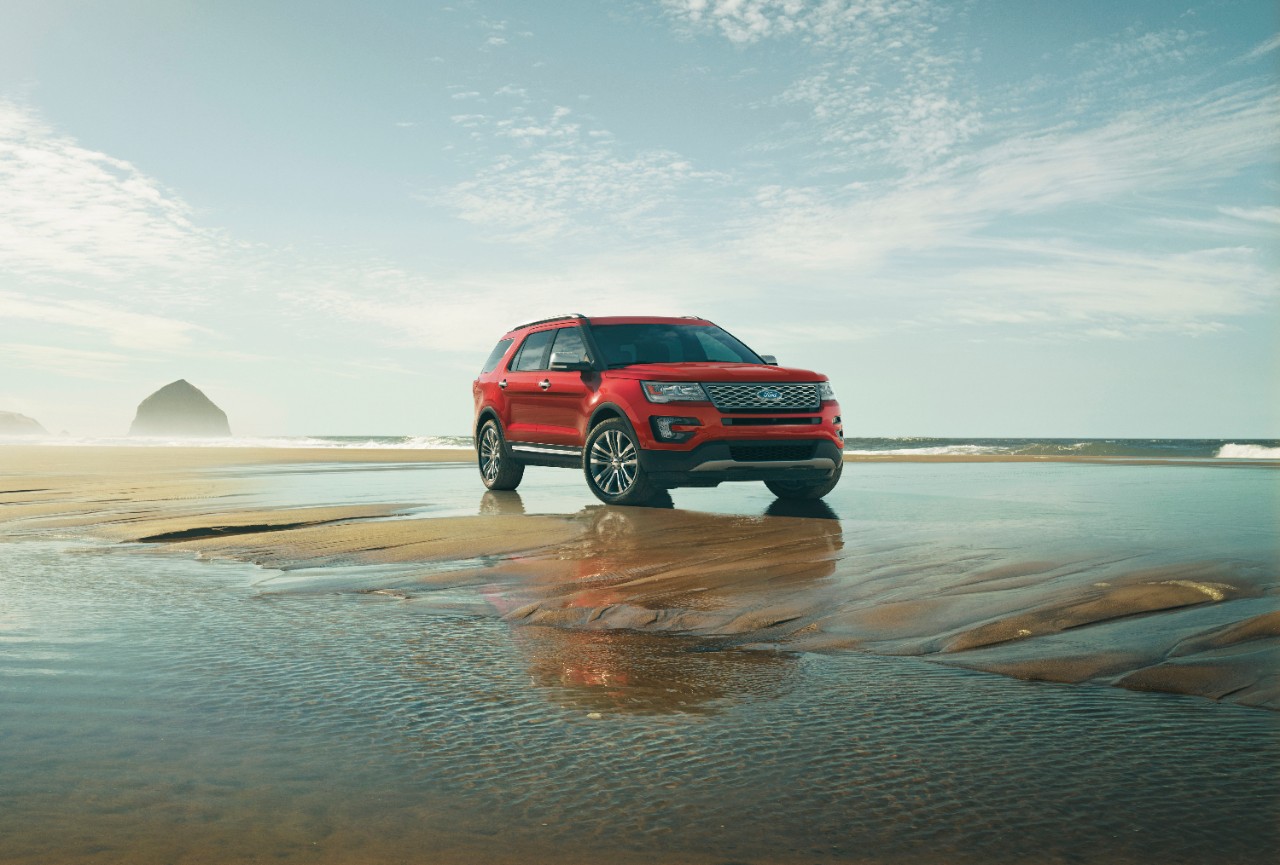 Ever since the introduction of the new body style for the Ford Explorer back in 2011, we here at txGarage have been extremely impressed with the improvements Ford keeps advancing with. Well, on Tuesday, November 18th, 2014 Ford debuted the all-new 2016 Ford Explorer. Having watched and anticipated the news of this event from Ford for a while, I feel like I already have some great feedback for Ford with their innovations. They debuted the Platinum Edition which in it’s own right was one was you could tell Ford was listening to its consumer. Ford started to realize people were maximizing the options for this Explorer so, I think it was strategically and well played for them to debut with the Platinum Edition. And oh by the way Ford sells about 200,000 of these things every year, so you know they have the consumer base to get real-world examples on how to improve on an already dependable vehicle for off-road and everyday use.

Let’s start with the visual appeal. Overall, this Explorer hasn’t changed too much in the aesthetically pleasing aspects. Still has that Land Rover look (which I am a huge fan of). With the bulky, broad front look paired with the hatchback-like backend, it’s an overall an exceptionally appealing vehicle. They cleaned up some of the edges taking away a few curves. They improved the grill to be more fuel efficient with the open closing technology. Even the base models look fantastic in my oh so humble opinion, but don’t’ get me wrong, I would still love to get some time behind the Platinum Edition.

Now let’s talk power! The Explorer Sport and Platinum models both come with the 3.5L Ecoboost V-6. This engine on the frame of the Explorer is sure to put out enough power to do whatever normal job that is asked of it. The options for 4 wheel drive tells me this Explorer is going to be a serious contender in the SUV arena when it comes out for not only being luxurious but also versatile from concrete to trails. 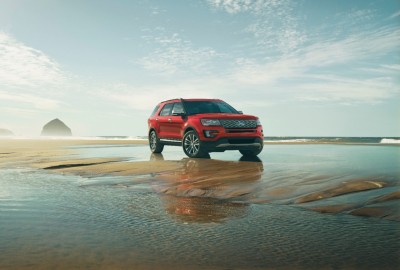 The interior to this Platinum Edition for the Explorer is everything you would hoped it would be, and as they say, “so much more!” Inviting and luxurious all the while looking up for any challenge a family could have to throw at it. The automatic folding seats are what I feel is a great feature for everyone. Now even kids can fold seats down without having to hassle mom or dad. The views from the front (180° view) and back up cameras are also great on the display. Another feature that Ford installed in this model was the washer for the front and rear-facing cameras! This first of it’s kind feature was one that will become very useful when weather changes and you need either of the cameras. By simply hitting the wash button for cameras, you instantly start to notice a difference, all the while not having to leave the cab of the vehicle.

As with most Ford models coming out the past few years, they keep increasing safety. Being a new father, this is something I am becoming more aware of as the days pass. With adaptive cruise control, lane keeping, parallel and parking assist, the features on here are more than safe. I would feel more than comfortable packing up the family and luggage and going on a road trip, whether that be long or short.

So here’s the breakdown; this 2016 Explorer looks like it’s going to be a great contender for one of the greatest SUVs and we can’t wait to get our hands on the wheel and get some driving time. Weather your taking the kids to the ever cliched ‘Soccer Practice’ or you have an adventurous family that’s ready to take the road less traveled all over the nation, seems this 2016 Explorer is going to be one tough choice to pass up. The higher sticker price on the Platinum is a little bit of a turn off but if Ford has sold around 7 million of these things since ‘91, I would say they’re listening to their audience and making adjustments as so. This 2016 model sure incorporates some of those features with camera features and the smart charging system that charges your device at the highest possible rate. With all that said, I couldn’t wait to actually sit in one, drive one, and when they’re available spring/summer of 2015 drive that bad boy! 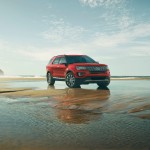 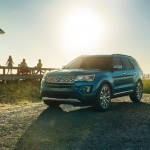 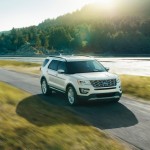 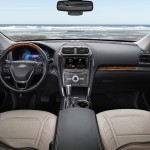 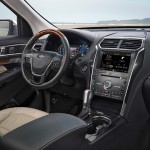 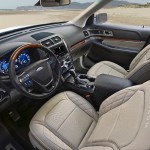