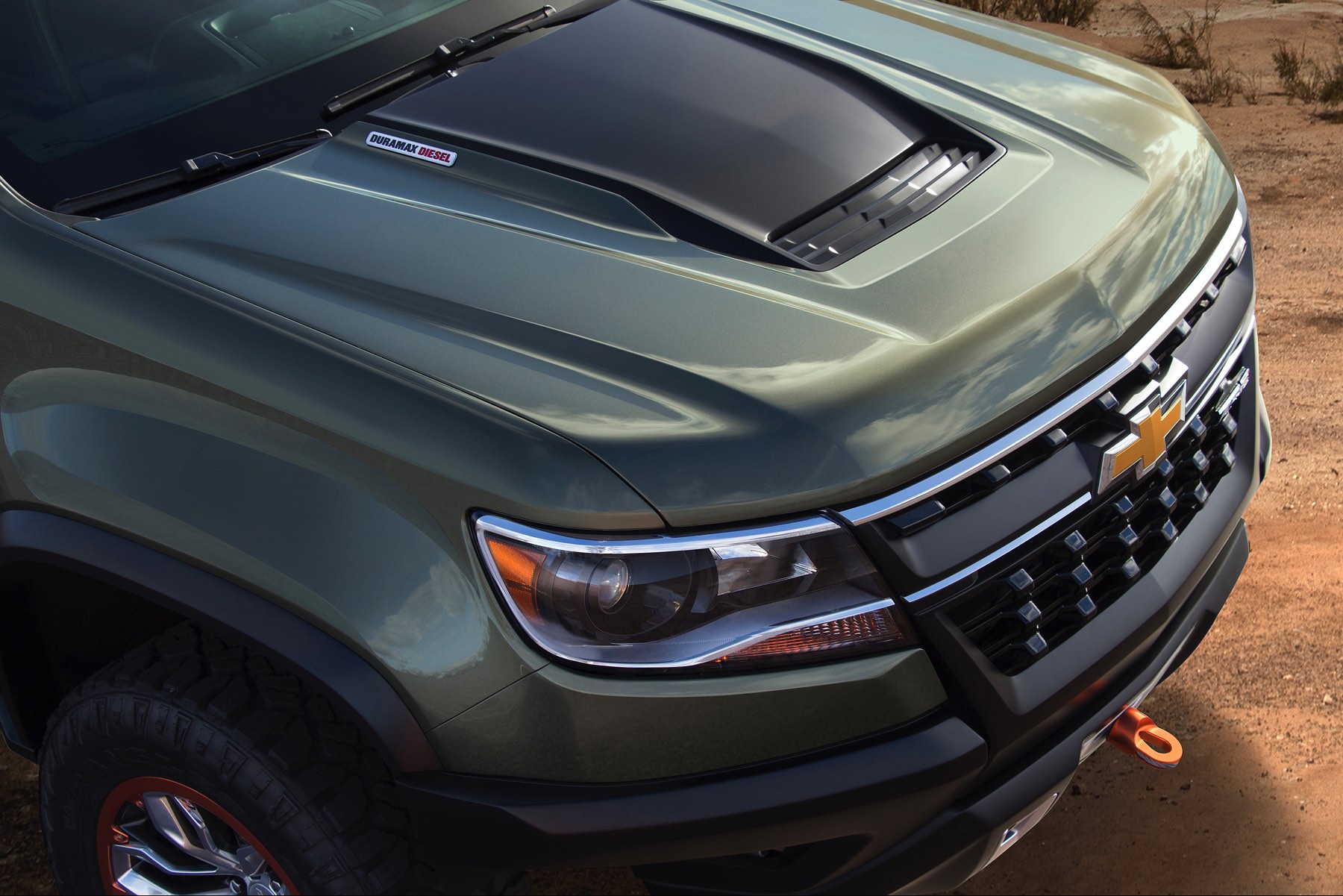 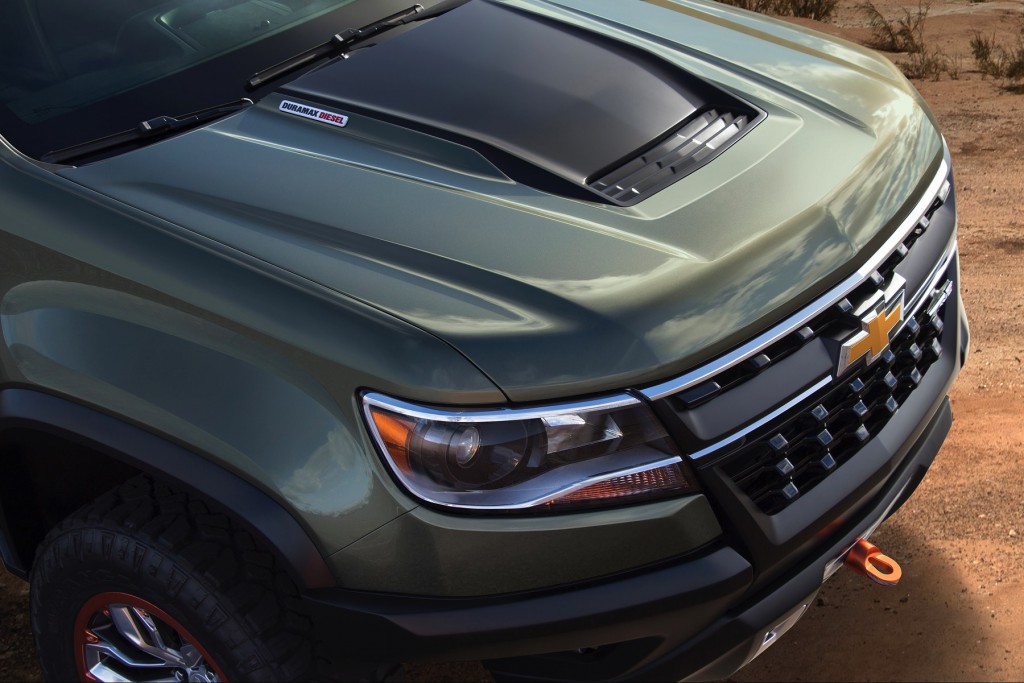 A preview of the order book for the 2017 Chevrolet Colorado is revealing beyond the inclusion of the already reported new V6 and 8-speed automatic transmission and the usual host of color and feature changes one model year to the next. Looking through the order book, we note a key deletion that leads us to believe that the ZR2 off-road model of the Colorado mid-size pickup is close at hand – maybe a debut as early as late this fall.

Cutting right to the chase, the 2017 Colorado order book does not include the 2016 Colorado Trail Boss version – considered by many as a ‘placeholder’ for the ZR2. In addition, we note that the special Midnight Edition, which also appealed to the more rugged adventure buyer, is not available for 2017 either.

So what does that leave for the off-roading rugged-adventure Colorado buyer but the long-awaited Colorado ZR2? It has recently been seen road testing in various locations around the country which usually means the final consumer version is in final stages of testing and tweaking. Now with specific changes to the order book for Colorado in 2017, it would appear the ZR2 is getting close. 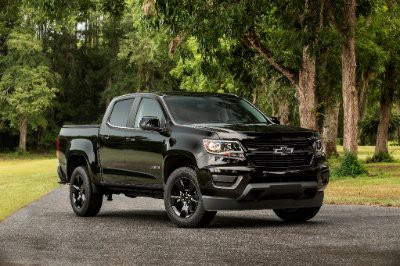 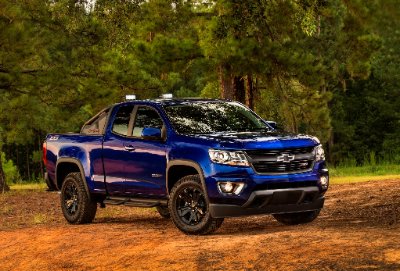 The ZR2 concept vehicle shown in 2014 took cues from the heritage of the ZR2 including the off-road inspired S-10 BAJA from 1988 through 1991 starting with a stance that is four inches wider than a production Colorado Z71. Front and rear fascias reduced overhang enhance approach and departure angles when compared to the Z71 – taking them to 30.7 and 22.7 degrees respectively. The ZR2 has an additional 2-inches of lift with the necessary integral skid plates underneath for power train protection. As shown, the fascias also incorporate flip-out aluminum tow hooks and a built-in winch.

The 2014 ZR2 concept featured the all-new 2.8L Duramax four-cylinder diesel engine now available in the standard Colorado. It was said to deliver 181 horsepower at 3,400 rpm with 369 lb.-ft. of torque in the ZR2. The off-road traction for the ZR2 would use electronic-locking front and rear differentials to maximize torque distribution to the wheels. We assume it may well be an enhanced version of the same electronically controlled transfer case from the Z71 that allows the driver to shift from 2WD to 4WD and choose from three modes – 2WD, 4WD HI or 4WD LO. At the time of the concept reveal Chevrolet said ZR2 would use a six-speed automatic transmission – likely tuned specifically to optimize the diesel’s performance.

More recently, test vehicles thought to be the new Colorado ZR2 have been seen running the highways and byways across the country. Based on first-hand observation by others, the vehicles seen all appear to be gasoline powered which suggests – with the recently announced new V6 and 8-speed automatic transmission for 2017 – that a gasoline powertrain is going to be right in the heart of the mix. 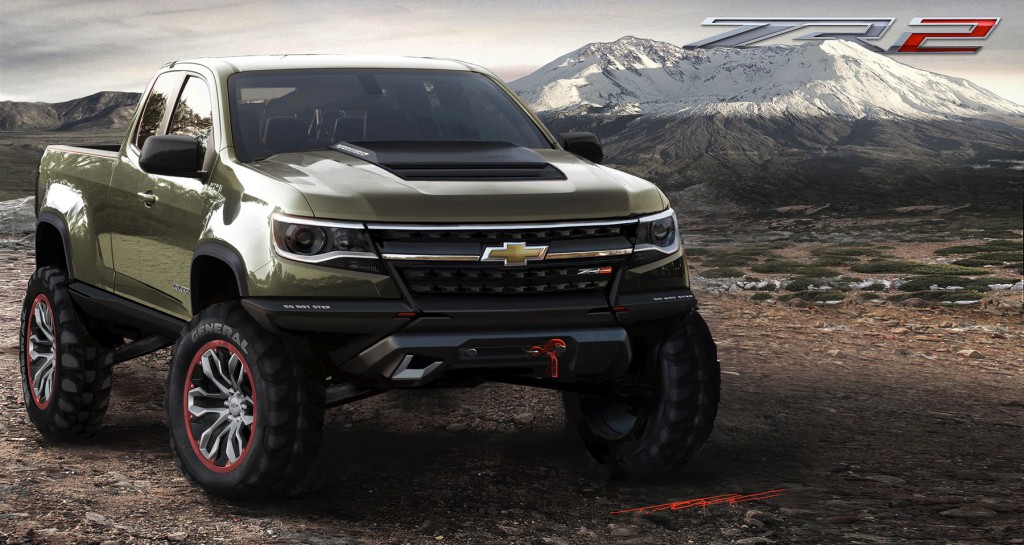 Chevy makes no secret that the Colorado ZR2 is designed to take on the acknowledged ‘rock crawl’ leader – the Toyota Tacoma TRD Off-Road and TRD Pro. Some of its other attributes to that point include a power dome style hood, matching spare wheel/tire assembly mounted in the bed, spray-on bed liner, 48-inch high-lift jack and a reported full line of GearOn adventure accessories available at launch.

Esthetically, on the outside, the Colorado ZR2 concept was in a Cyprus Green exterior color, with Henna Orange accents and custom ZR2 identification on the rear fenders, tailgate and grille. Additional exterior elements included an all-new grille and headlamp housings with blacked-out accents.

Inside, the Colorado ZR2 concept showed a Jet Black leather-trimmed interior with orange stitching and ZR2 logos embroidered on the front-seat headrests and embossed in custom floor liners. The ZR2 logo was also featured on the instrument cluster display, as well as a custom inclinometer that shows degree of incline from front to back, and side to side.

Functionally, provision for other electronic accessories necessary to complete the ZR2 off-road mission included an AUX toggle and four additional toggles: two for winch in and winch out operation; and two for the electronic front- and rear-locking differentials in the piano black key bank.

Stay tuned, we think it is highly likely we will see the introduction of the Chevrolet Colorado ZR2 off-road medium duty pickup as early as the last quarter of 2016 or early in 2017 – probably as a 2018. 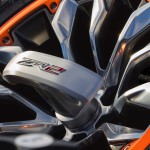 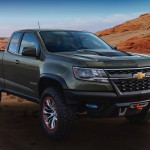 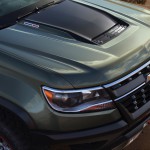 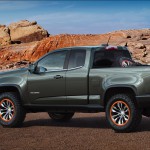 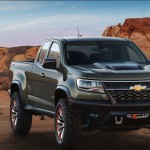