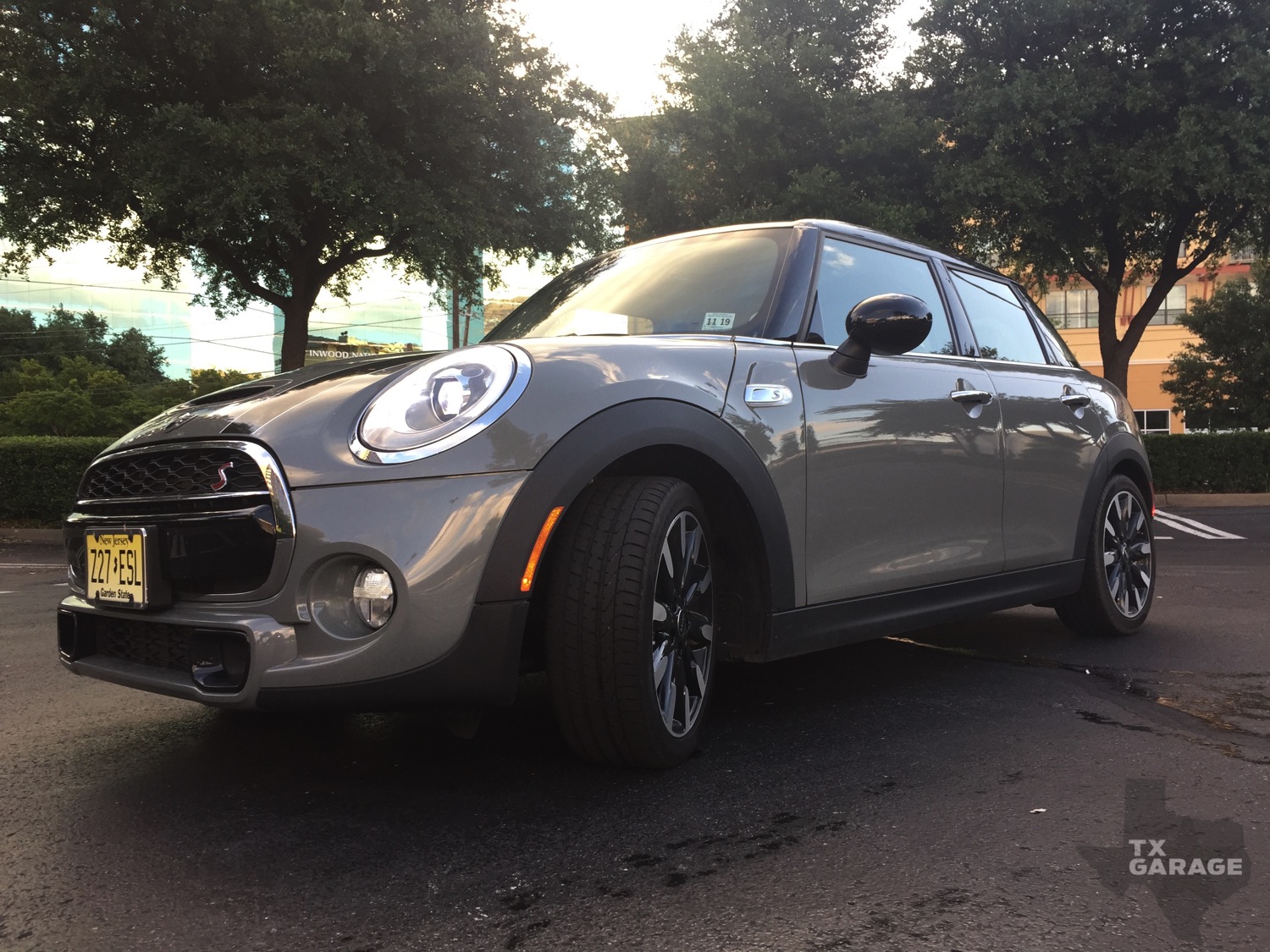 I had the opportunity to drive the Mini Cooper S, and I was extremely shocked in more than one way. First, it’s important to mention that I am an avid outdoorsman, so driving small cars hasn’t ever really been something that I’ve signed up for. But when the Mini Cooper S rolled (figuratively) in our garage, I signed myself up! When handed the key, I instantaneously felt I could already tell how this ride was going to be, which was surprisingly interesting.

The key was a round key fob, and it went perfectly with ALL of the round features and contours all over the car itself. We had a 4 Door model and while the room wasn’t great for 4 people over 6 foot, the inner cab space was maximized. The broad shoulders on the new Mini were a surprise to me. I have designed plenty of online ads for Mini Coopers and they’re just as exciting to see in person as they seem online. Along with the perfect curves, our test model had the panorama sunroof, to match the fun that the car exudes. My favorite angle on the vehicle is as ¾ turn towards the camera. Just seems inviting and fun. The color of our test vehicle was Moonwalk Gray, but honestly the color wasn’t as inviting as the Electric Blue would have been. If I were to own one, I would go all out and stretch for the Electric Blue or even the Blazing Red. I was also shocked to hear of the following that Minis have in Texas. I didn’t realize, once I started to show up at events, how many people were actually “into” the Mini Coopers. This is great for the brand as it’s origination is from the European market, although I can’t tell you how many references I got to, “The Italian Job”. It made for some comical commentary in the passing. 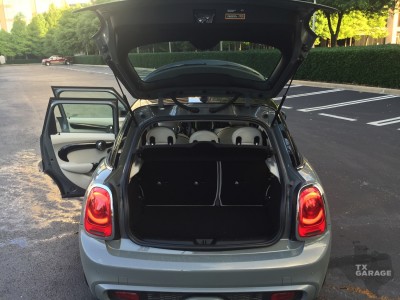 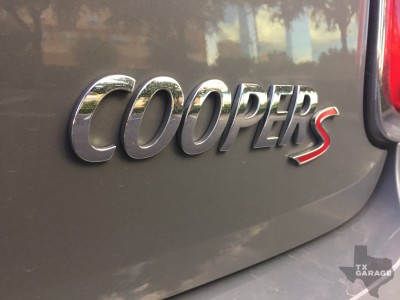 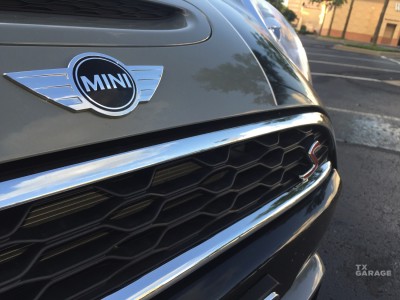 So why are they into the Minis the way they are? Well, part of the experience is not only the exterior appearance, but more importantly how did this baby perform and how did it feel. Let’s cover this now. Our Mini had the 2.0L MINI TwinPower Turbo 4-Cylinder Engine with a 6 speed manual transmission. I hadn’t driven a standard, since probably my 1986 CJ-7 that I had in High School, and I was so pumped to hop in the cockpit of the 2015 Mini Cooper S, and give it a whirl! Our test Mini, had plenty of power with just me in the driver’s seat but how did this ~2,900 lbs. vehicle hold up to a car load full? I was so surprised that with a full load, I honestly couldn’t’ tell a difference in performance. Handled just the same! As you could imagine, the Mini, even with the 2.0L vs. 1.6L, got okay gas mileage. I averaged 26 MPG, but with having a standard, I had my fair share of fun. I am still surprised this thing doesn’t get 30 MPG consistently in city and even higher on highway. It’s expected MPG is 24/34, but Mini Cooper fans aren’t concerned with MPG and when it comes down to brass taxes, neither do I. One issue that I had, that seems to be the norm (according to my passengers that week), is the shock displacement of rough road. When on a well paved road, curved or not, this sucker is smooth and I mean flat impressive. However, on any rough road, this is one rough ride. You feel everything is this S Model. Some of the roads through downtown Dallas really had me banged up. That’s my only dig on the this ride. Other than that it was fun testing out the 3 driving modes, Sport, Mid, and Green. 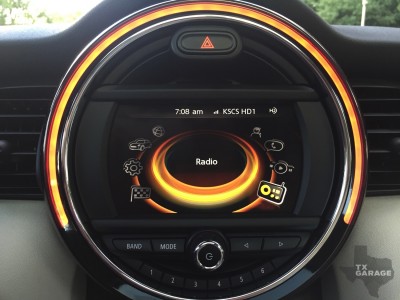 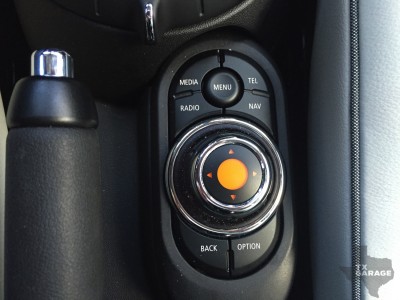 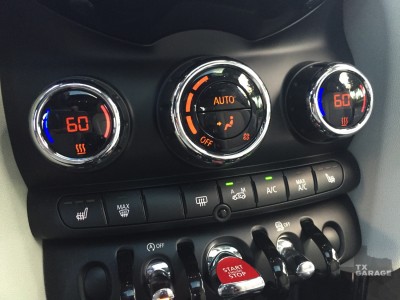 Interior, was just as impressive as the reset of the vehicle thus far. Being such a small vehicle, the Minis designer(s) really maximized the interior cabin space and hidden compartments. With LED mood interior lighting, it paired really well with the light in color, high-end feel of the leather seats with lateral support and thigh support. From steering wheel and dash to back compartment, our tester had such a high-end feeling. With every perk of the high-end look and feel inside, there’s almost always is a downfall. I am sad to report, for me, the infotainment system had so much to be desired. I will say this, as a precursor, I may not have been able to take as much time as I needed to get to know the powers / capabilities of the system, however, I shouldn’t have to spend too long learning the infotainment system. If I do, that means, it’s a road hazard. The way “tabs” looked and operated was just confusing. I couldn’t understand how to set my main favorite radio stations and be able to arrow through them with the on-steering wheel controls. I couldn’t take the time with the main navigation. I ended up using my phone for almost everything. Hooking up the bluetooth was simple, just too a little longer than desired. I ended up playing my own playlist, and using in-phone navigation, whenever it was needed. I want to see the Mini Cooper get a refresh with the infotainment system. I want to end this section on a good note and that is, the ring outside the info center dashboard was super cool. Changing colors on mood and when operating thermostat controls, it changes between blue and Red. That technology was cool but not as useful as a well operated infotainment system.

So, if you want to join the Mini Cooper Fan Club, I bet you’re wondering, what is the cost. Welp, here’s my catch-22. Our ride would set you back a little over $25,000. Yes, you read that right. I was extremely shocked at the price but after my time with the Mini, I would suggest this vehicle to anyone looking to enter at a premium-ish level of the compact market. As for me, I will stick with the truck, just for usability purposes in my life, however, for what it’s worth the storage areas in the Mini are shocking, making it not only useful but a neat vehicle to zip through town. Last point, the Mini Cooper S – is worth the money. Fun vehicle, but you’re buying into an experience and for that, I see why people make the purchase. Throughout the week with the car, I didn’t get one response that was negative about the vehicle, from either, owners or wanna be owners, other than the ones I pointed out above. 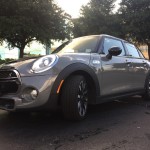 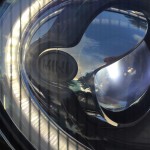 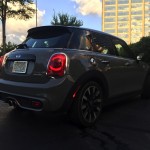 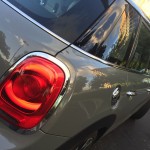 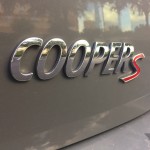 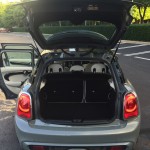 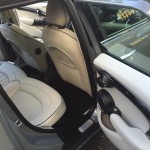 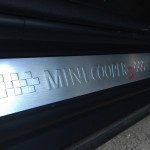 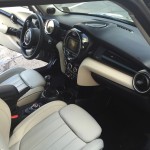 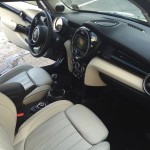 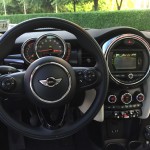 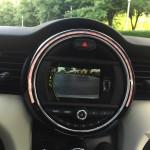 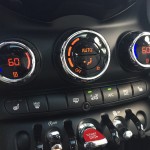 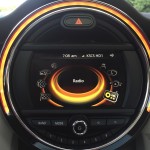 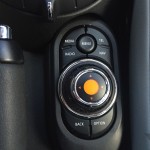