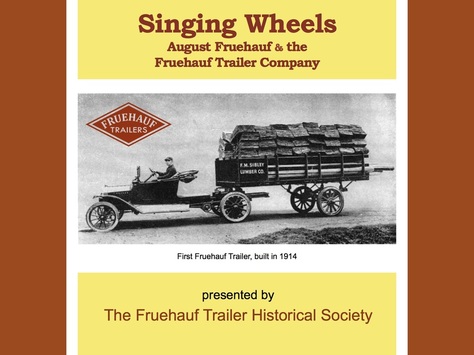 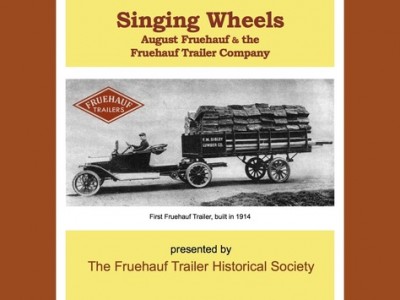 Just one brief lap of I-35 and you’ll know the oversized role big trucks play in Texas. Not only do the semi-trailers and the trucks that pull them move the cargo; they also – in a very real way – move Texas’ economic needle. And if you want to know who to blame (or praise) for our current condition, a leading candidate would be one August Fruehauf, creator of the semi-trailer (and subsequent industry) as we know it. A biography of Fruehauf has been co-written by Fruehauf’s granddaughter, Ruth, and she’ll be pitching, signing and selling copies of Singing Wheels at Dallas’ Great American Truck Show beginning tomorrow, August 27th and continuing through Saturday, August 29th.

The saga of the semi-trailer is, for all intents and purposes, the saga of commercial transport in the 20th Century. From the first 5th-wheel mounted on a Model T, to the tandem rigs plying the roadways of the West, over some 100 years the semi-truck and trailer have been the High Priests of America’s highway system. And if you’ve been paying any attention to the big 18-wheeler immediately in front of you, you know that a great many of the semis now on the road have been constructed by Fruehauf.

Augie’s accomplishments may not match powered flight or the $5/day workday, but the efficient transport of goods has been every bit as important as crowded planes and a livable wage to this country’s productive growth – and income equality – throughout this last century. Fruehauf, of course, is but one part of that story, but inarguably an essential part. They’ve got the book, and the Great American Truck Show – at Dallas’ Kay Bailey Hutchison Convention Center – has the author.