The State of Texas/The Trucks of State

In a subdivision where most of the homes offer three-stall garages, and have driveways appropriate to those stalls, GMC’s Sierra 2500HD Denali Crew Cab swallows most of the driveway; we didn’t even attempt to garage the thing. With a wheelbase of almost thirteen feet, and an overall length of just under – by a ½-inch – some twenty feet, this truck gives new meaning to the big*ss descriptive. From its shiny nose to the tail of its accommodating bed, the GMC – even with its Denali trim and (after a fashion) affectation – is all business. And if you’ve just hitched up about 13,000 pounds to its ball hitch, ‘all business’ is exactly what you need.

First, the disclaimer: Most of my work is done at a laptop – and not at a construction site; with that, I have little need for the capabilities of a ½-ton pickup. And in that most of my play is done while riding a bike and not – NOTABLY – hauling 28-feet of Airstream, I have little need for its HD (Heavy Duty) derivative. So, when the press fleet gods call to advise that I’ll be getting GMC’s latest and greatest HD pick’emup the following Monday, the news is met with a combination of anxiety (where am I gonna’ park the thing?) and apprehension (how am I gonna’ park the thing?). Sure, it’ll be great to collect the assemble-it-yourself storage unit at the Depot, but beyond that…what-the-h*ll do we do with it?

Well, we could first do the walkaround. You know, the let’s-talk-features that you’d get in a GMC showroom if, of course, the GMC showroom could accommodate a Heavy Duty. The GMC’s design team took the stylistic goodness that surrounds the Sierra 1500 and, if you’ll forgive the sexism, ‘manned’ it up. Of course it’s bigger, heavier, more robust, but everything in the HD’s sheetmetal and stance suggests a solidity and stability that 5,000 pounds (or so) of regular, suburban-type Sierra just doesn’t convey. From its amped-up grille (for lack of a better descriptive) to its industrial-strength fenders and standard bed, the GMC 2500 HD looks as solid as Mt. Denali. Of course, with a Gross Vehicle Weight Rating of around 10,000 pounds, it had better be solid. 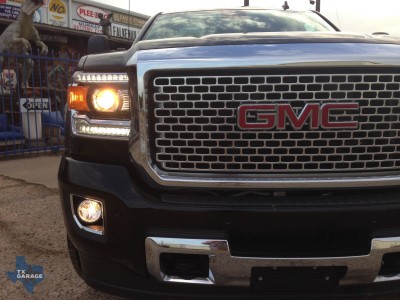 That solidity is reflected in its marketing manifesto: More muscle. Less fat. The GMC’s fully-boxed frame, heavy duty locking rear differential, a cab constructed largely of high-strength steel and multileaf rear springs all speak to a truck overbuilt for its mission. And that ‘overbuilt’ attitude extends to what’s under the hood, where GMC gives you the option of a Vortec 6.0 liter V8 (360 hp and 380 lb-ft of torque) or our test model’s 6.6 liter Duramax diesel (397 horsepower and 765 lb-ft of torque).

While wondering why they simply didn’t tweak the diesel to generate an even 400 horsepower, the Duramax is utterly amazing in the way it goes about its business. We didn’t have an opportunity to hook up to a load (other than groceries and the aforementioned storage unit) during a week with the Heavy Duty, but we had towed a variety of loads at the truck’s launch. Regardless of load, it was as if nothing was behind us. Without a load, the truck feels slightly bogged down until around 30 miles per hour, after which mass and momentum take over; the truck runs like a freight train at any reasonable speed above that.

Inside, an intentionally quiet cab encloses carefully chosen interior details. Regardless of trim, you’ll find a user-friendly interface for infotainment and nav. Upgrade to the top-of-the-mount Denali and you’ll enjoy additional detailing in the appointments, along with a higher degree of eye candy, but none of it over-the-top. (And without mentioning names, some of the details in Ford’s King Ranch and the Ram equivalent are occasionally ‘over the top’.) Headroom, legroom and – of course – shoulder room are all there, and if you don’t check your mirrors you’d be hard-pressed to differentiate this interior with that of GMC’s Yukon.

See the GMC lineup – and ALL of its competition – at the State Fair of Texas Auto Show, beginning Friday, September 25th and running through Sunday, October 18th. And don’t forget your corny dog and Shiner! 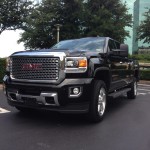 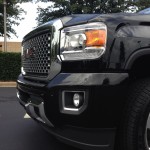 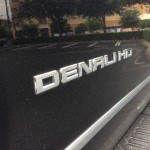 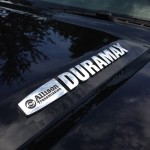 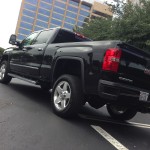 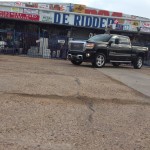 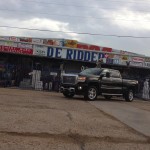 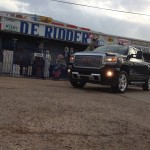 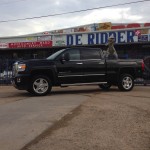 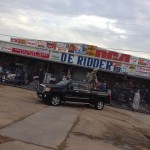 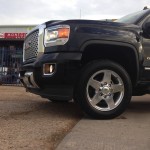 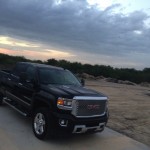 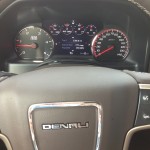 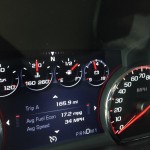 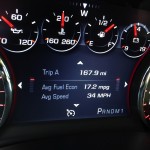 A Move to Midsize Pickups: This Could Be Big
2015 Dodge Durango R/T Review: Rod and Truck?
Event Calendar