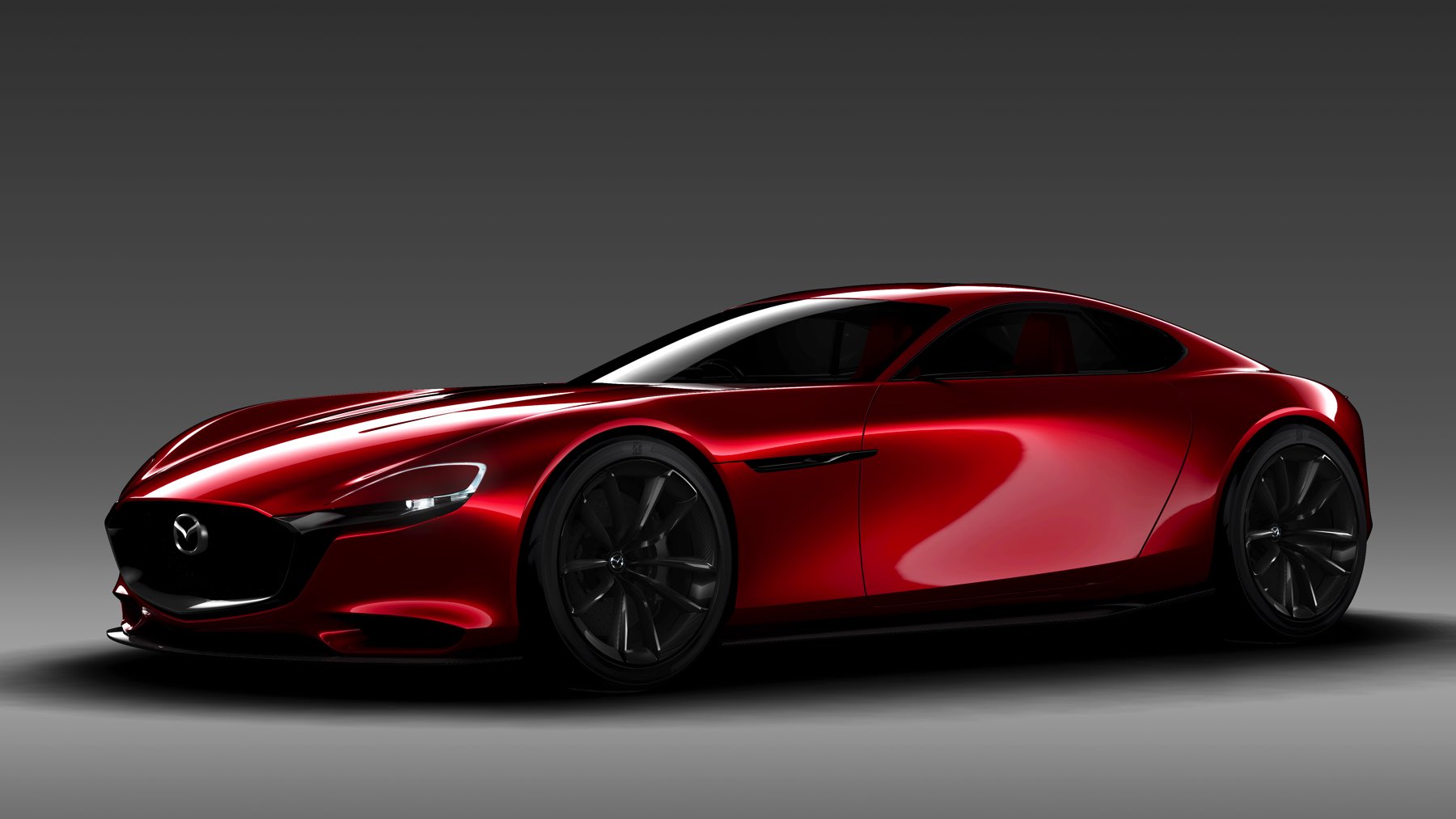 Let’s begin by making one thing perfectly clear: We’re not writing this from Tokyo. Flying to Tokyo’s Motor Show would have been relatively easy for the txGarage staff; it’s packing up the Garage that invariably makes travel so cumbersome. We stayed, but Mazda – along with all of the other Japanese OEMs – was there, and beyond the production models we’ve grown to know and (at the very least) like, Mazda presented the RX-VISION concept to a world audience. And in that audience are thousands of enthusiasts still hungry for some sign of life from the rotary side of the automotive dial.

As you’ll remember, not too long ago ‘Mazda’ and ‘rotary’ were as closely linked as ‘Martin and Lewis’. (Too old? How ‘bout Mike Nichols and Elaine May?) But with CAFÉ standards, emission regs and – not incidentally – relatively few sales to the retail public, the business case for a successor to Mazda’s RX-8 was notably short of an upside. To that end, Mazda has been singularly focused on its newish SkyActiv initiatives, which attempt to ring every last drop of efficiency from their normally aspirated, gas-powered offerings.

But with some of the same inertia that makes it improbable that Ferrari gives up on the V12 or Porsche eliminates the rear-mounted engine, Mazda occasionally reminds us that the rotary remains on their radar and its packaging can be drop-dead gorgeous. This fall that reminder comes in the form of the RX-VISION concept. With an aggressively low nose, steeply raked windscreen and a passenger cockpit sitting far back in the chassis, this RX-VISION enjoys a profile designer Pete Brock (Pete was responsible for Shelby’s Daytona Coupe) might have drawn. It is – in a word – stunning, and if produced would be fully appropriate in our txGarage.

No details on if – or when – its production variant might go on sale, but as we read somewhere, in 2018 we will celebrate the 40th anniversary of the RX-7’s launch. And any party’s better if, when getting to it, you have something to drive.